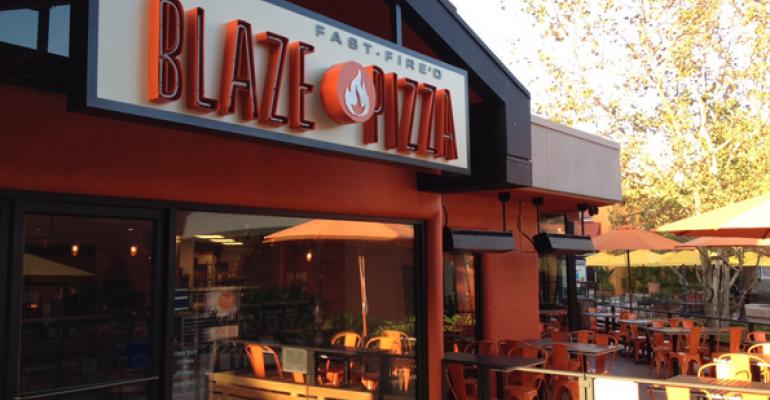 Key Players: Cofounders Rick and Elise Wetzel, and partner Bradford Kent, a noted pizza chef and graduate of the Culinary Institute of America

The Story: Rick Wetzel only had two stores open in early June, but three more openings were planned for July. The cofounder of Wetzel’s Pretzels has perhaps the biggest expansion plans of any of these new concepts and the fastest start to franchising. He’s got the experience of growing his previous company to 200 franchise locations, and the help of some big-name investors.

Movie producer John Davis, Maria Shriver, Red Sox co-owner Tom Werner and NBA star LeBron James are on his A-list of backers. One of Davis’ close friends is a financial advisor to many celebrities, and that’s how the others got connected to Blaze.

Wetzel believes the initial backing from those investors is “akin to having endorsement deals, which would be expensive and unattainable for a company like this.”

Blaze already has deals in place with 12 groups for 125 stores in nine states, including New York, New Jersey, Connecticut, Michigan, Ohio, Florida, Illinois and Wisconsin. Wetzel's goal is 1,000 stores in five to seven years, and he cites Five Guys as his blueprint for success. “It does sound boastful, but my gut is telling me it’s very achievable,” he says.

Basic Price: The 12-inch create-your-own pie is $7.45 with unlimited vegetables, including options like grilled zucchini, spinach, artichokes and fresh basil, and up to three meats.

Growth Plan: The first two stores were company owned, but it’s all franchising now with strong partners, like Levy Family Partners, who agreed to develop 15 franchise stores in Chicago and 10 in Miami.