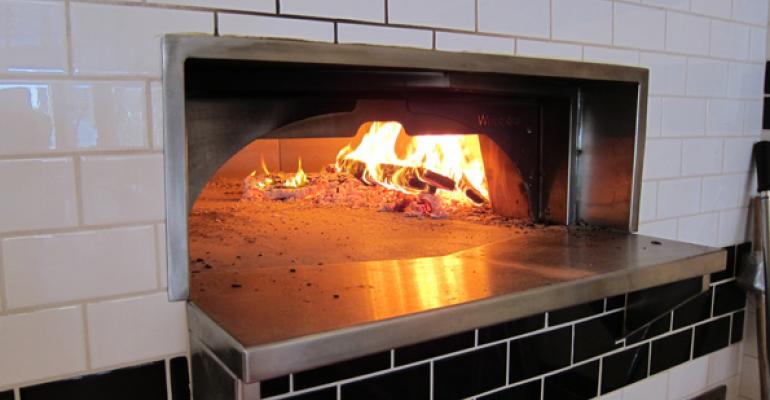 The Story: Maybe 800 Degrees doesn’t really belong on this list of emerging fast-casual pizza players. Its founders don’t have visions of becoming the next Chipotle.

Inspiration struck Carron, the former corporate executive chef for Michael Mina, while on the road in Italy. “There’s no reason you couldn’t take this concept and make high-quality pizza and bring it to the U.S.,” he says of the aha moment.

Quality, not quantity, is the focus. His Neapolitan pizzas are made with sauce from locally grown tomatoes and hand-stretched, -rolled and -tossed dough made from flour imported from Naples. The toppings are top quality, too (roasted wild mushrooms, fresh-made charcuterie and truffle cheese as examples). The softer and chewier pizza is served on china with a knife and fork.

Prices are a little higher, but Carron isn’t worried about comparisons or any pizza race. “We’re in a different place in the market,” he says. “All I care about is being the best.”

Basic Price: The base 11-inch Pizza Margherita is $6.45, and toppings are an additional $1, minus a few premium items at $3.

Cook Time: One minute in a stone-hearth oven

Growth Plan: Like Fleischman’s Umami Burger, 800 Degrees has no plans to franchise. A recent infusion of $7 million from a private investor will help fund the next six to eight stores in Southern California. The next will open at Los Angeles International Airport, followed by one in Santa Monica and then expansion into Las Vegas as part of a new development from MGM Resorts.