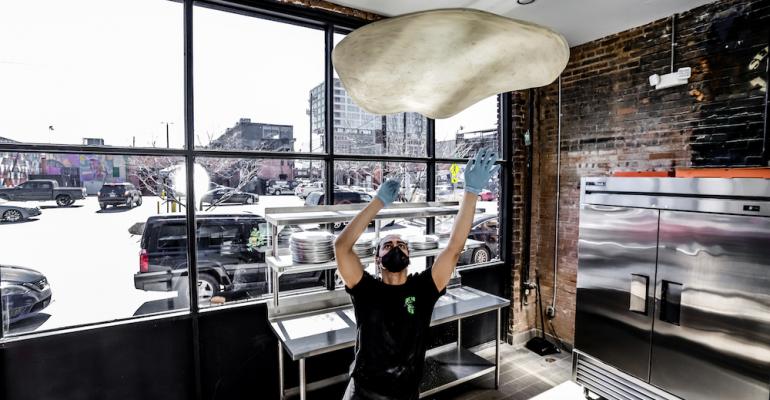 Dallas’ Milkshake Concepts is expanding its diverse stable of brands

From a quick-service burger joint to full-service restaurants, the company is eyeing new locations in and outside of Texas

Imran Sheikh was working for a fashion retailer when he moved from London to Dallas in 2013. That job didn’t work out, but the entrepreneurial Sheikh quickly charted a new course for his career path, founding Milkshake Concepts in 2015. He opened a nightlife spot called Citizen that same year, which kicked off a series of successful ventures, including lively restaurants Stirr and Vidorra in Dallas’ Deep Ellum neighborhood, which have both since expanded into Addison, Texas.

Today, the company operates 10 venues across seven brands, with 12 more openings scheduled for the next 12 months. Leading the charge is the company’s most casual project, Sky Rocket Burger, which Sheikh views as having tremendous growth potential.

“It’s a beautiful concept of yesteryear,” he said. “Its beauty is in its simplicity —-it’s just delicious old-fashioned smash burgers, fries and shakes. I think it can really be at the epicenter of multiple communities.”

That theory is already being tested. Two units are currently operated by Sheikh (a third store, the original location, was bought from the concept’s founders and then licensed back to them), with a goal to open another two locations this year and three to five next year. 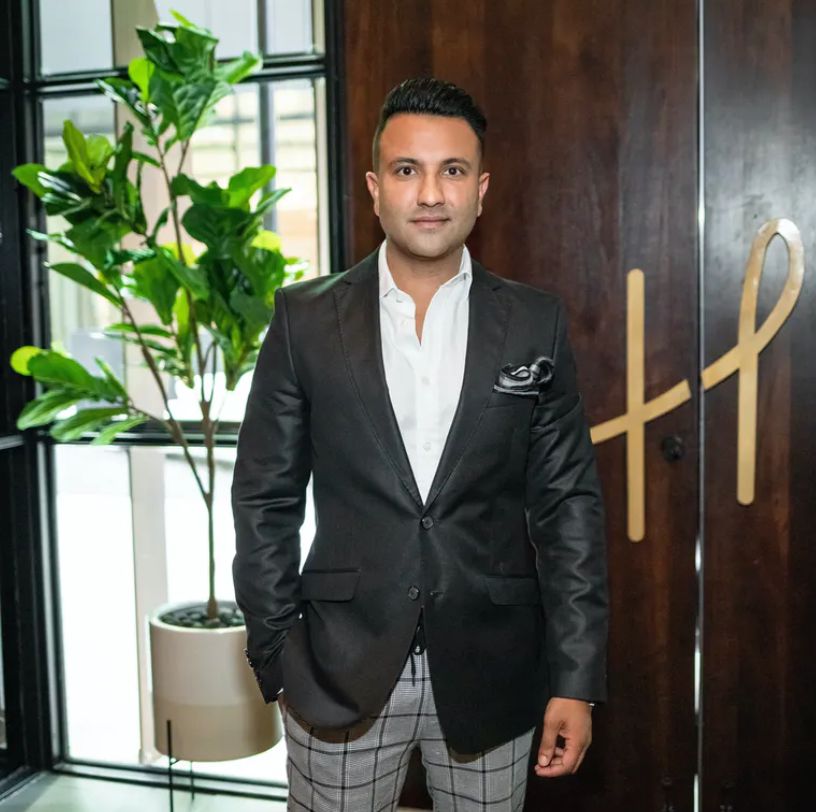 Imran Sheikh is the founder of Milkshake Concepts

“We hope Sky Rocket has a very aggressive growth plan,” said Sheikh. “It has a smaller footprint, and the cost to open one is significantly different than a full-service restaurant.”

Another rising star in the company’s portfolio is Serious Pizza, the decade-old Dallas pizza joint known for its massive pies and slices that Milkshake Concepts acquired in 2020. One more has already popped up in Fort Worth, with another slated to open in Grand Prairie as part of a larger venue called Serious Eats, which will also debut Serious Sliders and Serious Shakes alongside communal seating, a communal bar and a stage for live music.

Sheikh said that Milkshake Concepts would consider franchising its fast-casual brands like Serious Pizza and Sky Rocket Burger, but that’s not something he’s currently focused on.

“We want to grow the first six to seven stores sustainably,” he said. “We need to figure every single thing out, so franchisees don’t have to. We take that responsibility very seriously. There’s an ambition to do it, but we don’t want to franchise too quickly.”

In addition to the company’s current stable of brands, which also includes Harper’s, a high-end restaurant in Dallas, and Dirty Bones, a wings joint in Fort Worth, Milkshake Concepts is hard at work on new projects.

The Finch is a modern American restaurant and bar, and before its first location opens in Dallas later this year, Milkshake Concepts is already planning two more: one in Grand Prairie and one in Nashville. The latter will join Harper’s, which is also expanding to Nashville, and an ambitious venue called Layer Cake that features multiple food and drink concepts spread over four floors.

The non-stop openings require a steady hand at the tiller, but also the ability to prioritize and focus on what has the most potential for success. 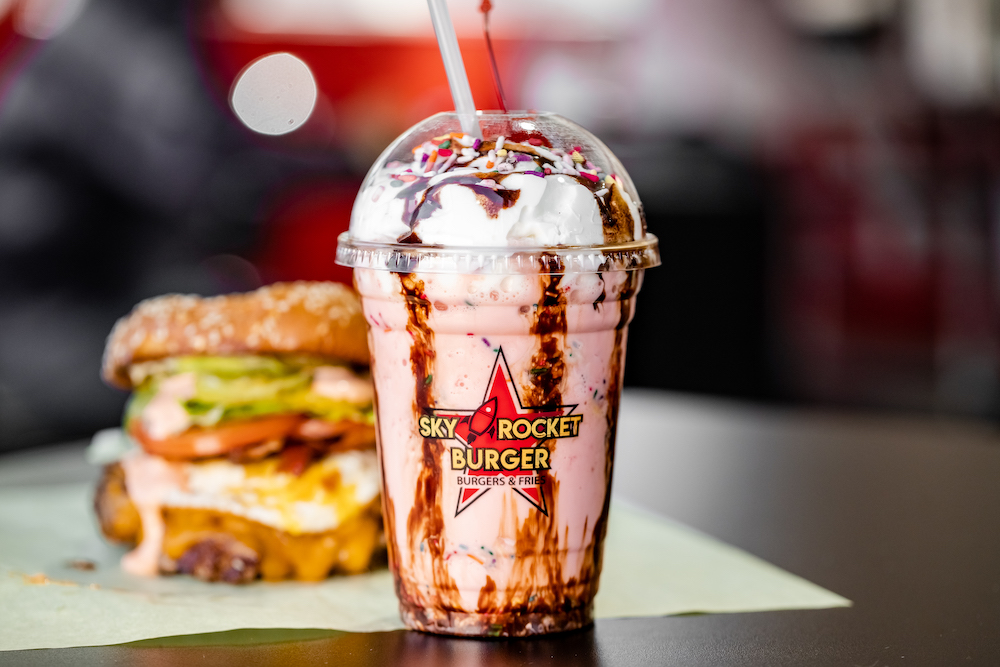 Sky Rocket Burger is in expansion mode, with two more units slated to open this year.

“We’ve matured as a company to understand what works and what doesn’t,” said Sheikh. “The way we view brands is the same way parents view their children — you love them all equally, but you also need to identify that each child is completely different.”

He noted that expansion should occur on a case-by-case basis. Restaurateurs always hope a brand has the ability to scale, but they need to be cognizant that not every brand can. Even when experiencing growth, it’s important to keep your attention on every concept in the portfolio, not just what’s new and shiny.

“We’ve laid out growth plans for all our brands,” said Sheikh, “but you can’t take your foot off the gas for existing locations when you’re focused on new ones.”