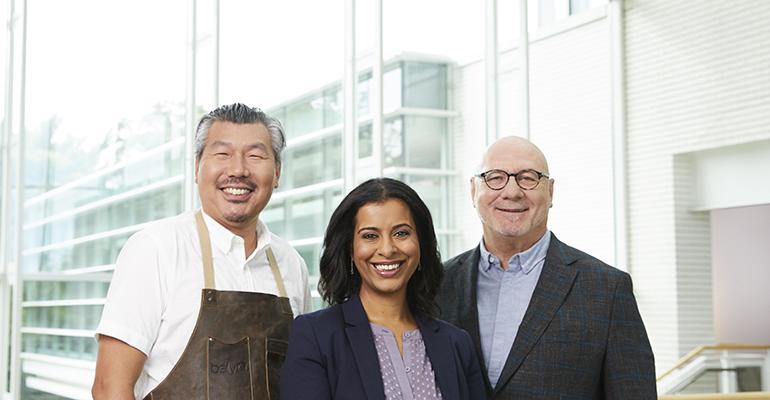 Crate and Barrel is the latest retail chain to expand into the restaurant space.

The global home-furnishing retailer earlier this month announced plans to open a full-service restaurant in partnership with Chicago-based Cornerstone Restaurant Group. Chicago chef Bill Kim, who works with Cornerstone on other ventures, will create what the retailer calls a modern menu.

The restaurant is set to open in 2019 in Crate and Barrel’s Oakbrook Center store in Oak Brook, Ill. It will showcase Crate and Barrel products to “inspire customers in their own entertaining endeavors,” according to a news release.

Part of the partnership with Cornerstone could include cooking demonstrations, entertainment programs and other special events. The Oakbrook Center is one of the retailer’s largest locations and the restaurant will be situated on two levels with indoor and outdoor space.

“We see [the Crate and Barrel partnership] as a great opportunity to bring the food experience to guests in new ways,” he said.

Cornerstone oversees chef Kim’s BellyQ and Urbanbelly restaurants in Chicago, as well as Michael Jordan-brand restaurants throughout the country.  The company owns and operates 12 restaurants in total.

On the surface, these concepts might seem to have little in common. But Zadikoff said they all strive to offer a truly unique and multifaceted experience.

David Zadikoff, founder and CEO of Cornerstone Restaurant Group and Josh Zadikoff’s father, agreed, saying in a statement, “There is a tremendous opportunity to push the boundaries of the restaurant and retail spaces.”

Neela Montgomery, CEO of Crate and Barrel, said, “We know our customers love to entertain and this collaboration takes our existing expertise around dining and kitchen to the next level. Our customers are looking to engage with us in a more experiential way, so this is an exciting opportunity to create an even more immersive store experience.”

The Crate and Barrel restaurant is part of a growing trend.

Last year, Tiffany & Co. opened The Blue Box Café, at its flagship New York City store. Many locations of clothier Tommy Bahama include a restaurant and bar.  IKEA has been serving its famous Swedish Meatballs in their retail locations for years.

Two years ago, Barnes and Noble moved into the restaurant space with their Kitchen concept. But earlier this month Len Riggio, founder and chairman of the bookseller admitted that foodservice is “a lot harder than you think it is.” 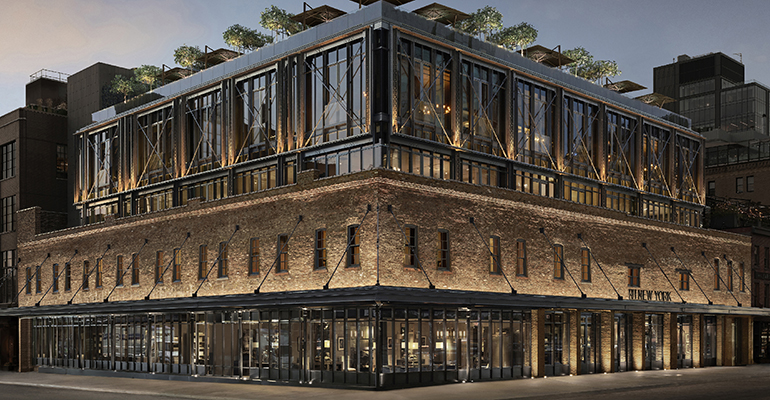 The restaurant/retail space has become so competitive that in January 2017, RH — formerly Restoration Hardware — filed a lawsuit accusing Crate and Barrel of stealing trade secrets and poaching executives. The case has since been settled.

Earlier this month, furnishings retailer RH opened its latest foray into hospitality — a 90,000-square foot store in Manhattan with a cafe, wine bar and rooftop restaurant.