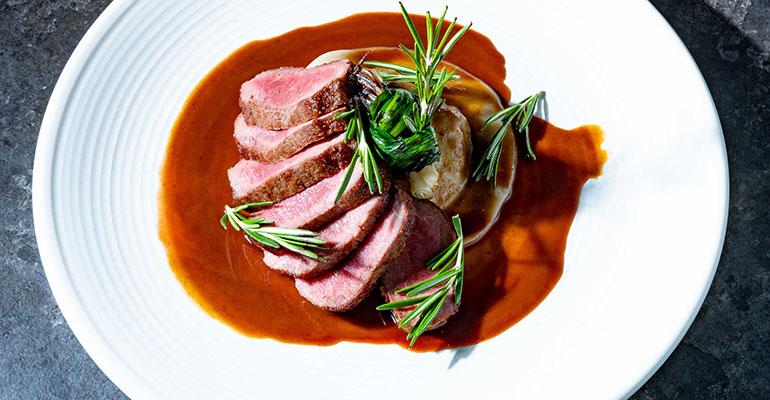 These French restaurants are made more modern with retro focus

Lachowicz simultaneously returned to his roots and passion for French cuisine as these refreshed dining destinations began operating together at his longtime Green Bay Road address. “It’s ‘old guard’ with a new, contemporary spin,” he said.

Designer Leah Oros assisted Lachowicz in reimagining and overhauling the interior space for both restaurants, with a goal to accentuate his cuisine by creating authentic French dining ambiance. “Our designer was trained in Paris, and she was a great guide,” Lachowicz said. 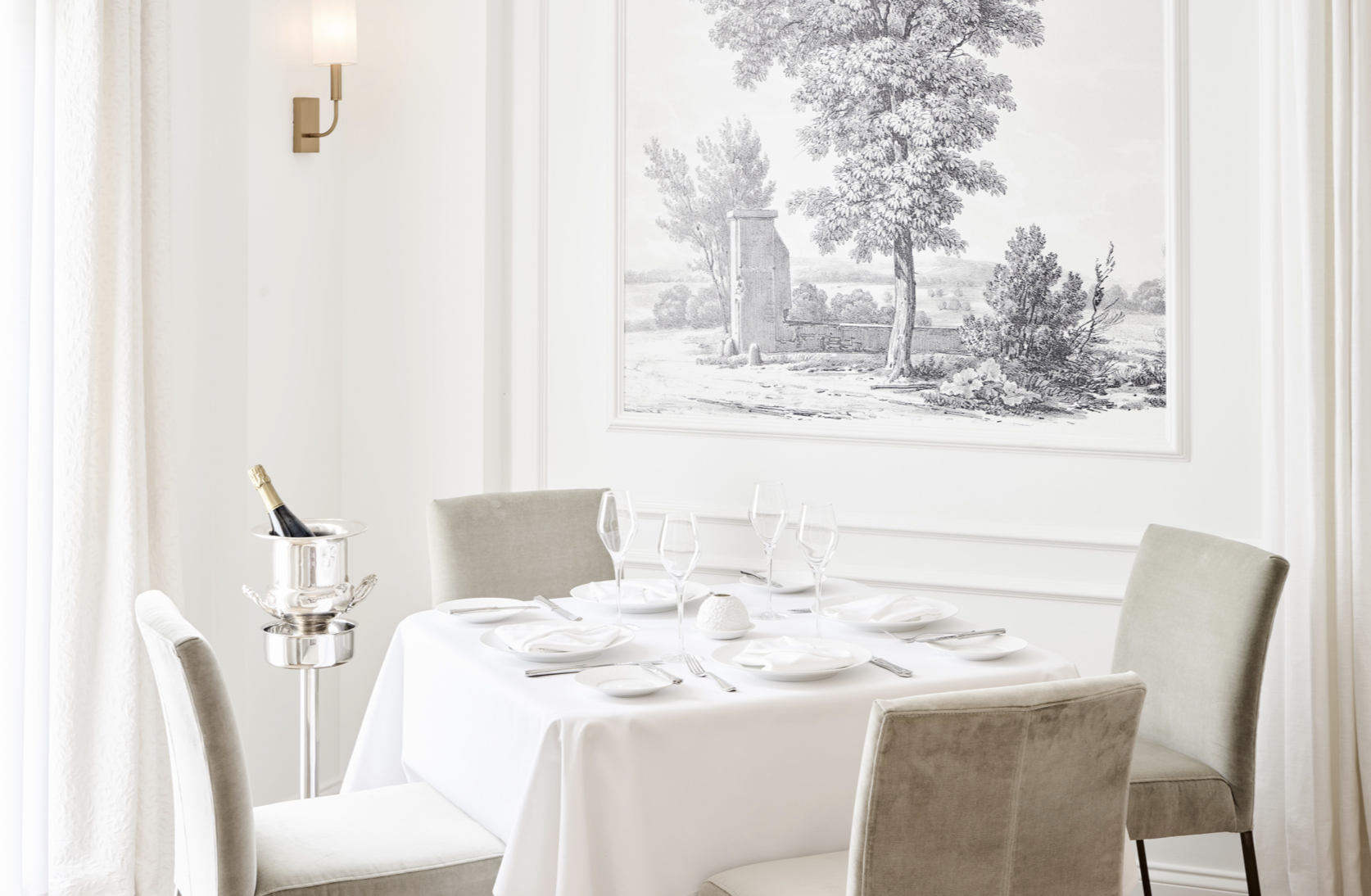 The average customer tab at George Trois is $375.

Lachowicz said having the intimate, 400-square-foot George Trois as his ‘culinary workshop’ is personally cathartic.

“I get to give customers the first introduction to my style of cooking. It’s a magical time for me,” he said. “I get to shut my mind off from everything else and focus very heavily on what I’m doing to create value that reflects the [cost of dining here].”

This chef wants to create an extraordinary dining experience at George Trois. “Feeling satiated but feeling like your soul has been fed too,” Lachowicz said.

Lachowicz grew up with the restaurant business. Born in the Chicago apartment above his grandpa’s restaurant, the chef greatly admired him. “I wanted to be my grandfather and as it turns out, I have become him. He was a wise man.”

Lachowicz graduated from the Culinary Institute of America. He then worked at Maxine Rivera’s French restaurant for three years. “[After that] Maxine set me up to work in Chicago with Jean Banchet (now deceased), at Le Francais,” he said. Four years later Lachowicz spent time in the south of France, including Restaurant Pierre Orsi in Lyon.

After years of operating Restaurant Michael in the Chicago area, Lachowicz closed it, and the original George Trois in March 2019.

At the time, his new, 24-seat Silencieux concept offered a three-course, prix-fixe menu. 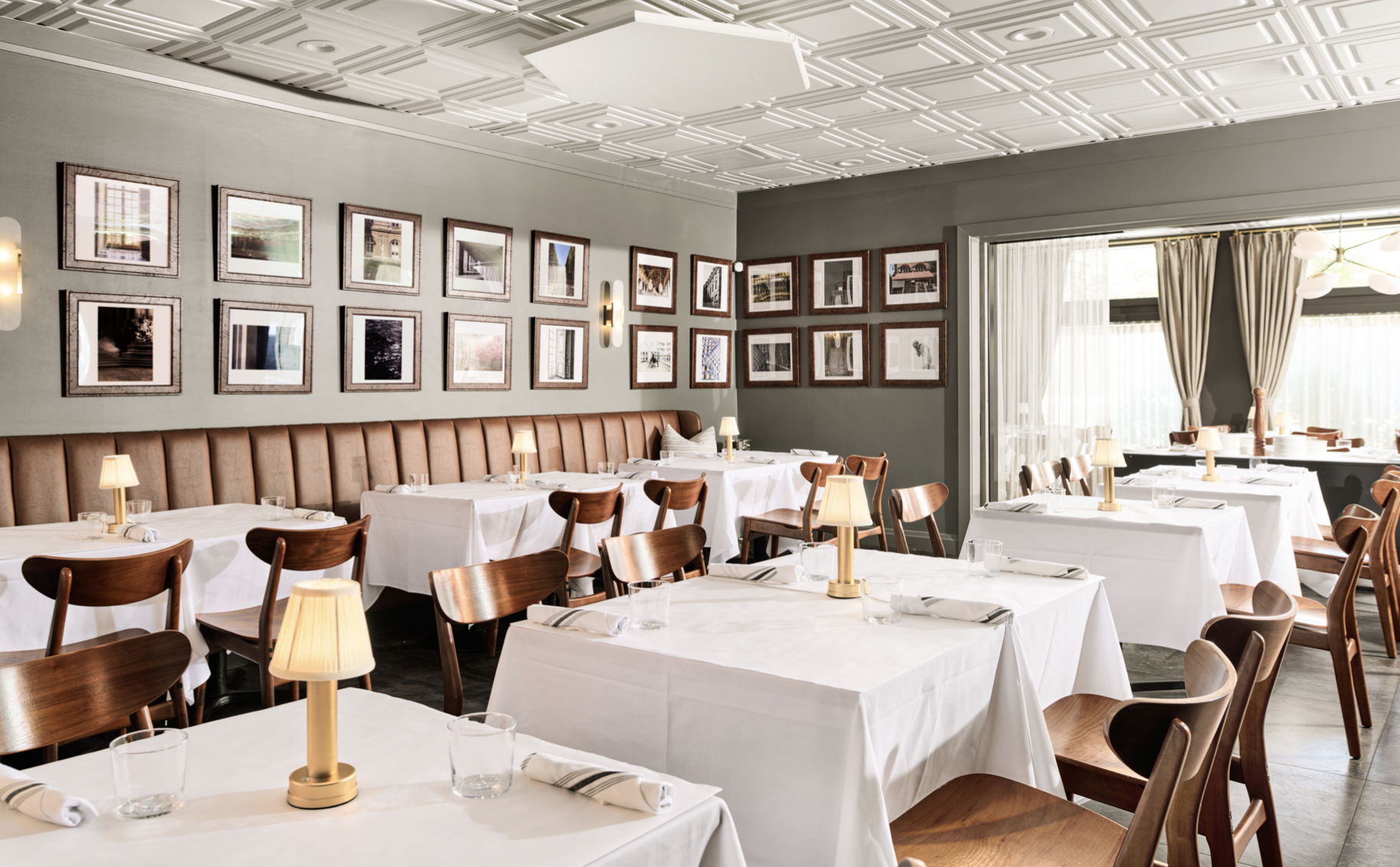 Silencieux offered a quieter atmosphere for long-time fans of Restaurant Michael, while the early Aboyer was a French American brasserie with an a la carte menu that Lachowicz considered his volume driver. “Then the pandemic closed us down completely for seven months. When we reopened, we needed more space, so I closed Silencieux.”

During the pandemic, the chef primarily focused on keeping his restaurants operating. But as the pandemic eased and guests returned, he saw a perfect opportunity to rediscover his longstanding passion for crafting and sharing the French cuisine that has long inspired him and his customers.

“The pandemic taught me how to operate my business properly,” Lachowicz said. “I needed to make sure I could operate on the highest possible level with a sharp point on that pencil. As it turns out, [the business] was too loosely run, pre-pandemic. I needed to run lean and be smart about my menu mix.”

Twelve years sober, Lachowicz said he had previously put too much on his menu that was ego-driven, rather than listening to what guests wanted. “[The pandemic] also taught me how to check my ego,” he said. “I see a lot more youth spending money on dining, rather than traveling. There is also a return to nostalgia, so why would I not want embrace that?”

The pandemic also cemented the chef’s gratitude for his staff. “I never had to do any of this alone. My core group has been with me for more than two decades. I took care of them [during the pandemic] and we’re almost fully staffed.”

Ethnicities in the restaurants’ segmented kitchen also impact the cuisine. “Upwards of 80% of my team are Mexican/Latino. They bring a special blend of flavors and presentations to the table. Miguel Escobar is my partner in the kitchen and it’s rare to work with a person whose cooking I respect, as much as I respect my own. It allows me to a better restaurateur. Sergio Angel operates the front of the house and chooses our wines.”

Along with restaurant renovations, Lachowicz invested $50,000 in the already impressive wine cellar.

Lachowicz believes great cooking should be joyous: “If you allow me to cook for you, I’m going to create a memory for you. I want you to leave here knowing you just experienced something you can’t find anywhere else.”