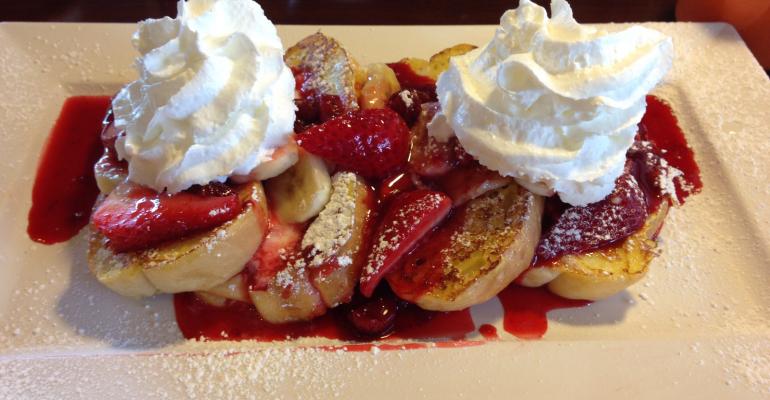 A new coffee drink has created a bit of a stir at Poggio Trattoria in Sausalito, Calif., even among the Italian restaurant’s regulars.

The Caffe Moretto Fresco is brewed at room temperature for more than 24 hours for full-bodied flavor, and then served with condensed milk or the customer’s favorite flavored syrup. Executive chef and partner Benjamin Balesteri also rolled out a new breakfast dish that is not on the regular menu: Uova in Purgatorio — housemade marinara sauce topped with two poached eggs and Parmigiana-Reggiano cheese, and served with toast.

While breakfast has been part of Poggio Trattoria's business model since the restaurant opened nearly 13 years ago, new menu items still can stir excitement among its patrons. “Both items have been very well received by guests thus far and now have quite a following even with our longtime locals,” Balesteri said.

Poggio is not alone in its focus on breakfast. The morning daypart is receiving heightened attention from both restaurateurs and consumers — particularly as chefs and operators raise the competitive bar by rolling out flavorful and exciting food and beverage offerings. 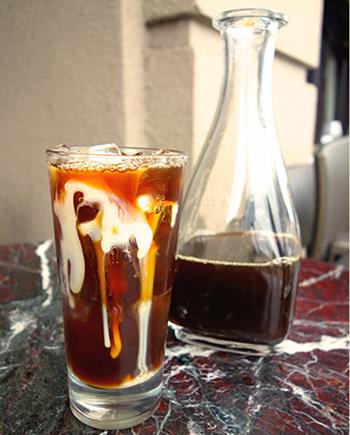 Breakfast occasions are forecast to grow by 5 percent through 2019, reports The NPD Food Group, a Port Washington, N.Y. research firm. In addition, morning snacking, both at home and  away from home,  increased by 17 percent over the past six years, NPD says.

“Breakfast is the most habitual meal,” says Robert Maynard, chief executive and co-founder of Famous Toastery, based in Charlotte, N.C. “Some people get the same thing at a breakfast place — biscuits, croissants, toast, eggs,  waffles and oatmeal.”

However, to add menu excitement, Famous Toastery offers daily specials at its more than nine franchised and company-owned locations. Recent specials include Rancheros Churros, a French toast casserole with a sweet dressing; and an avocado Benedict, a split whole avocado topped with two eggs and Brie cheese, and served with a side of pico de gallo.

“People want to see specials,” Maynard says. “We do a special every day to spice up the menu.”

Daily specials are planned two weeks in advance so each restaurant can be prepared, he says. Often it's a matter of looking at new ways to use existing ingredients — for example, arugula used for lunchtime sandwiches also works well in an omelet.

“They’ve been gaining steam over the last couple of years,” Schaibly says. “We have customers who visit us once a week and some come multiple times a week. They look for menu changes with the seasons.”

The recent spring LTOs included a Strawberry Cheesecake Stuffed French Toast, comprising two slices of thick-cut brioche dipped in custard and griddled to order. The brioche is stuffed with a cheesecake filling and topped with marinated strawberries, powered cinnamon sugar and a graham cracker crumble.

The summer LTO menu, which rolls out in June, includes a ciabatta French toast with a hazelnut butter drizzled over the top and topped with roasted hazelnuts. Customers also can order the dish with their choice of flavored syrups which have been rolled out.

“It appeals to the sweet tooth, and I like the structure of the ciabatta as it soaks in the batter,” Schaibly says.

While customers may eat more traditional breakfast items during the week — eggs with sausage or bacon and potatoes, and/or pancakes — on the weekends they are looking for more indulgent items, whether sweet or savory, he says.

A savory dish for the summer at First Watch is a smoked brisket hash. The sliced brisket is prepared in an iron skillet with barbecue sauce and potatoes, kale and onions.

“[LTOs] allow us to have some freedom to do fresh menu items without redoing the whole menu,” Schaibly says. “For our staff, they get super excited about something new and usually fun. The customers are the same way.”

Quick service and  fast casual restaurants also have been upping their breakfast game, following the lead of McDonald’s, which boosted sales after announcing it would offer breakfast menu items all day.

In the  year ended on February 2016, morning meal visits to QSRs increased by 5 percent, on top of a  3 percent increase from the prior year, NPD reports. Portable items, such as breakfast sandwiches, yogurt and cereal bars are growing in popularity.

Meanwhile, the increasing popularity of breakfast overall is spurring chefs and operators to devise ways to better market existing items such as omelets and eggs. Pita Pit, the Coeur d’Alene, Idaho, concept with nearly 600 locations in the United States, Canada and other countries, is encouraging customers to exert their preferences and personalize the ordering experience.

“We have the ability on the spot, to make custom-built omelets for someone,” says Pita Pit’s director of brand marketing, Patrick O’Dell. “We want to empower our customers to be more adventurous with our product line and toppings and sauces to make a good, unique breakfast.”