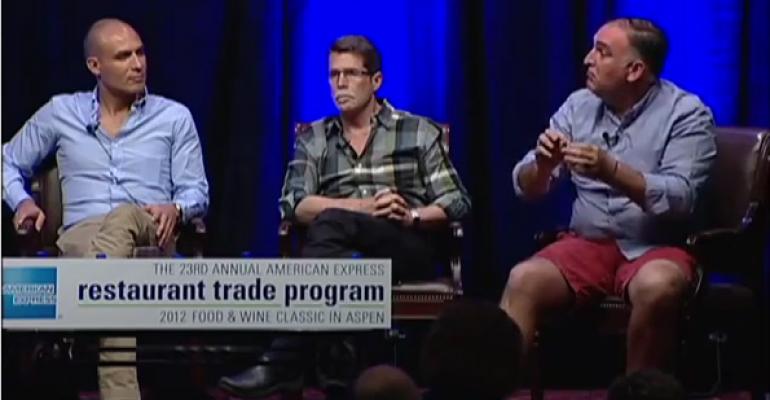 On the importance of newspapers:

“It’s still important to be mentioned in local newspapers, but what matters more is that people from whom your customers get their news — such as their Facebook friends and who they follow on Twitter — mention you,” Meyer said.

Bayless said: “It’s important to be in the newspapers, partly because if you’re ignored by the local newspapers there’s this group of people who won’t know what you’re doing,” namely those not involved in social media.

On Twitter (which they named their key social media outlet):

Twitter’s immediacy has a lot of power, the restaurateurs said, allowing them to respond to customer feedback in real time.

“It’s a wonderful way to take down the walls of the restaurant and do what you’d do if you were tableside, in a broader sense,” Meyer said. He added, however, “High tech ain’t never going to trump high-touch.”

Bayless said expressing his personality on Twitter enhances his customers’ experiences by making them feel more connected to the restaurant.

Hernandez noted that last year, for the first time, more mobile devices were shipped than desktop PCs and laptops. While restaurants remain focused on their websites, he indicated that they should focus more on their mobile presence.