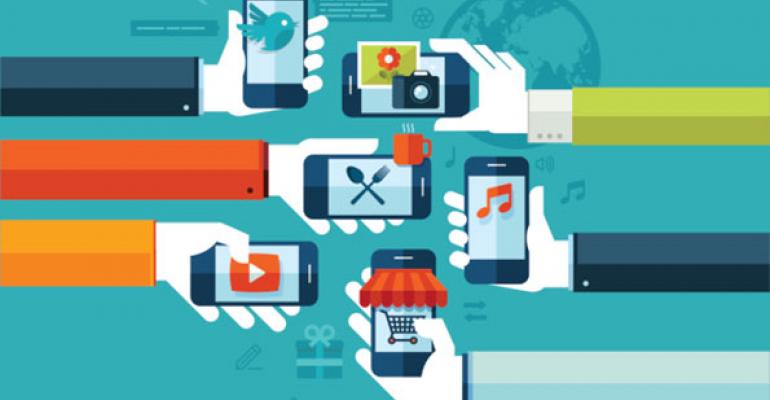 No question many operators welcome the short-term promotional boost online deals can deliver. But over time, do cut-rate offers also create the perception that a restaurant is somehow a less-desirable place to eat? A new study finds that while this negative effect can be all too real for many restaurants that offer Groupon-style deals, hip new ones actually get a small image boost.

That’s the key takeaway from “Deal or No Deal? The Quality Implications of Online Daily Deals and Competition.” It’s a working paper (i.e., not yet published in a research journal) from University of Maryland researchers Anand Gopal, Michael Trusov and Jorge Mejia. Why this study?  Gopal says daily deals are “one of those areas where there’s a lot of opinion but not a lot rigorous research.”

Research previously done by others has focused on whether or not daily deals pay off short-term. Studies have concentrated on factors such as how much customers spend over the voucher amount, how many return to the restaurant (or at least say they intend to), and whether the operator broke even or made money on a deal.

The general findings: Discounts can be a worthwhile marketing tool. But their longer-term implications can’t really be known.

One involved what the authors dubbed a “real-world” approach. The team analyzed 2,425 deals offered in the Washington DC area by 2,000 restaurants using Groupon, LivingSocial, Amazon Local and several other vendors. Then they examined connections between deals and subsequent Yelp ratings.

The findings show that consumers, or at least those who submit reviews on Yelp, cut new restaurants plenty of slack when they offer deals. The researchers concluded that customers feel deals are a reasonable way to attract new business, particularly for restaurants that have higher price points. However, deals from more established restaurants were viewed “with more skepticism.” Restaurants having lower price points paid the biggest reputational price.

"This is the first time that anybody, to our knowledge, has shown that Groupons can have a positive effect," says Mejia.

The trio also conducted an online experiment to assess whether the actions of a restaurant’s competitors matter. They found that if similar restaurants in a neighborhood offer deals, the restaurant that does not gains an edge. Here’s how that part of the study went.

“Test subjects looked at a mock Yelp profile of an Italian restaurant, either high-priced or low-priced, either offering a deal or not. They then indicated on a seven-point scale how likely they'd be to go, and how good the restaurant was likely to be. There was no actual restaurant visit, yet people rated restaurants offering coupons lower.”

The authors’ overall conclusion: “A new, high-priced restaurant in an area where other restaurants offer Groupons is likely to be making a reasonable marketing move if it offers a deal.”

If you’d prefer to base your restaurant’s deal strategy on real-world numbers rather then academic research, you can track the cost-effectiveness of Groupon deals and LivingSocial deals.  It’s difficult to assess the long-term benefits of your restaurant’s participation in daily deal activities with any level of certitude, but the ROI of individual deals is easy to track at these sites.