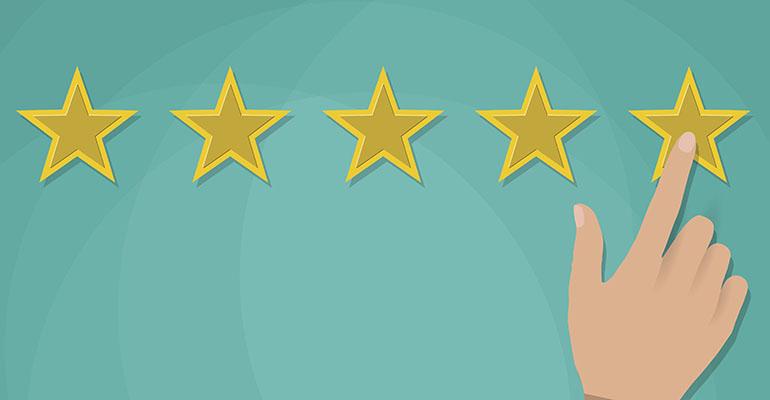 <p>Restaurant reviewers expect to get a response to their concerns, Jay Baer has found.</p>
Operations>Marketing

8 elements of a customer service culture

Customer service expert Jay Baer says that social media and review sites like Yelp have turned customer service into a spectator sport: Outsiders are now witnesses to what once were private complaints or compliments. And that transparency provides both a challenge and an opening for restaurant operators.

As Scott Wise, owner of the 13-unit Scotty’s Brewhouse chain, says, “It would be nice if people would just let me know privately on the occasions when we screw up, but that’s not the world we live in now.”

Baer, who surveyed thousands of consumers for his recent book, Hug Your Haters: How to Embrace Complaints and Keep Your Customers, says restaurants are a popular target for gripes. Food and restaurant brands receive 13.9 percent of all complaints, second only to multibrand retailers. “That’s partly because there are so many transactions, and so many points for failure,” he observes.

What’s more, nearly three-quarters of people complaining about food brands and restaurants expect to hear back from a business, half of them within a day.

Today, customer service—essentially, how you deal with is the new marketing. To be great at customer service and win the hearts of current and future customers, Baer says restaurants must adopt eight habits.

Customer service isn’t just about the telephone and email. Today, 38 percent of all customer complaints are in social media and review sites.

Baer’s research found that addressing one customer’s complaint increases that customer’s advocacy by up to 25; ignoring a complaint has the opposite effect, lowering advocacy by as much as 47 percent.

“You’re basically kissing that customer goodbye, then giving them a second chance to talk (negatively) about your restaurant,” he says.

Each time a restaurant addresses (or fails to answer) a diner comment on Facebook, Yelp and other channels, hundreds (and potentially thousands) of potential patrons will see that interaction.

The financial might of these spectators is massive. That’s why smart operators like Fresh Brothers Pizza, a 15-location chain in Southern California, prioritize these opportunities to interact with diners and onlookers. Owner Debbie Goldberg answers every online complaint herself, and always answers in public, never using private messages.

“When she sees a negative review on Tripadvisor.com or another site, she posts a reply: “We’re terribly sorry we disappointed you and you had a bad experience. We must have had an off night. Can we send you a gift card so you can give us another try?”

Doing so publicly is a genius way to win over the audience, Baer says, and the gift card expense is worth it, owner Goldberg adds. She said it’s cheaper than many other forms of marketing.

40 percent of consumers who complain in social media expect a response within one hour, according to Hug Your Haters data.

One-third of all complaints in social media are never answered, but among those that are answered, it takes businesses an average of five hours to respond. That’s not fast enough to fix an issue while the diner is still on-site or nearby.

Habit 4: Negativity is a no-no

Restaurant owners and managers are rightfully proud of their work. Feeding people is a tough job that requires tremendous passion and commitment. This is why it is so easy for restaurants to take negative feedback personally.

Taking criticism personally can create two dangerous outcomes. First, many restaurant owners choose to not respond at all, decreasing diner advocacy and essentially assuring that patron will never return. Second, restaurant owners and managers sometimes respond with snark and accusations, creating a negative spiral that produces no victors.

Understand who complains, and why

“If you see something negative and immediately jump on the keyboard, that’s dangerous,” Baer says

In fact, he adds, restaurants should never get into a tit-for-tat. Never reply more than twice to any customer online, in any circumstance.

Habit 5: Understand who complains, and why

Many diners become dissatisfied not because of an obvious error or incident, but because of miscommunication and misunderstanding, Baer says.

Whether it’s lack of clarity around offers and discounts, not explaining specials or ingredients clearly enough or the front of the house not being on the same page as the back of the house, insufficient information is the catalyst for much customer ire.

Restaurants should evaluate every scenario where information is provided to patrons such as the website, Facebook page, voicemail, signage, menus, table tents, host/hostess communication, waitstaff communication and more. Make absolutely certain every bit of information provided is as consistent as possible.

Reviews matter. 80 percent of Americans say ratings and reviews can be as persuasive as recommendations from friends and family members. Restaurants should encourage patrons to provide honest reviews on every possible platform, most importantly Google, Facebook, Yelp and TripAdvisor.

Encourage reviews through exterior and interior signage and messages on menus. A simple reminder from the waitstaff when the bill is presented is the most powerful opportunity to elicit feedback.

Habit 8: Treat feedback as a gift

The vast majority—95 percent—unhappy customers will never complain in a way the restaurant can find it. They may say something privately to their friends, but they won’t “raise their hand.” This means that the diners who do take the time to complain are doing restaurants an enormous favor by pointing out how the business can improve.

Too many restaurants blame the patron and say things like, “if they don’t like eating here, fine, we don’t need them.” This completely disregards the fact that complainers provide an incredibly valuable and free feedback-creation service to the restaurant.

“Treat customer service like the new marketing,” Baer says, “because that’s what it is.” It’s not easy to embrace negativity and customer complaints. It’s not simple to hug your haters, but that’s what restaurant owners must do to dominate the important new opportunity of online customer service.