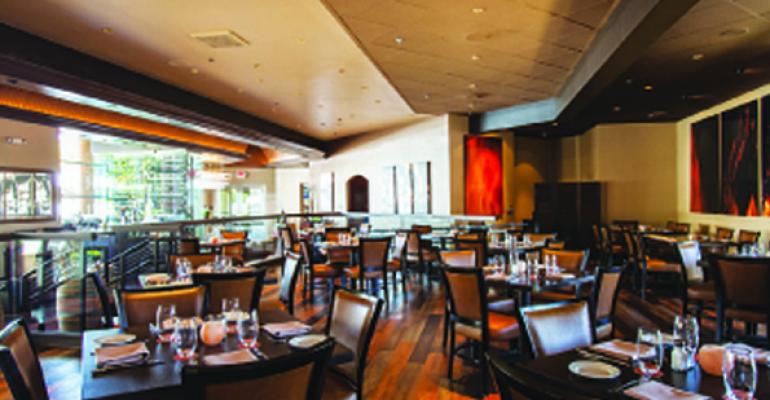 Questions to ask before renovating a restaurant

Along with the inevitable dust, renovations can also raise a lot of difficult-to-answer questions. For many owners the key question is whether the results make the inconvenience and investment worthwhile.

Along with the inevitable dust, renovations can also raise a lot of difficult-to-answer questions. For many owners the key question is whether the results make the inconvenience and investment worthwhile.

Dave Spargo, founding principal with the financial restructuring firm Huntley, Mullaney, Spargo & Sullivan, recently moderated a panel of restaurant development and finance experts to discuss their approaches to remodeling. He shared some of the advice that surfaced from that discussion during the recent Restaurant Finance & Development Conference in Las Vegas.

What’s the best way to start the process?
Begin with a critical self-assessment. Spargo says owners need to take a critical look at the exterior and the interior of their properties. Several panelists use a condition rating scale, such as 1-5, to determine when the time was right. On the outside, owners need to look at the entrance, paint, awnings, signage and patio, for example. If one area scores low but everything else is in good shape, it might make sense to focus on that instead of doing a major overhaul.

Inside, savvy owners understand the importance of keeping the décor and lighting fresh and on a par with the competition. But renovations can go beyond the cosmetic, from creating a more contemporary open space to improving the traffic flow for servers. And remodeling the kitchen can create some operating efficiencies that will help pay for any changes.

“People don’t always think of the back of house when remodeling, they think more about what the customer can see and touch,” Spargo says. “But some changes can help the customer experience by getting to the table more quickly and hotter.”

How often should a restaurant renovate?
The answer to that depends on the scope of the project. Are you looking at a refresher, a major remodel or what Spargo calls a scrape and rebuild—completely demolishing and rebuilding a location?

“What’s also happening is that the cycles are shrinking,” Spargo says. “In the 1990s, a minor remodel might be every 7 to 10 years, but customers are getting sophisticated and there are more options. So now it might mean every five to seven or even three to five years to maintain the business.”

What are sources of renovation funding?
Funds can come from a variety of sources. Many owners allocate a percentage of annual sales to remodeling and build it into the normal operating budget.

Landlords can often provide improvement dollars, often in exchange for an extended lease. But Spargo, whose firm negotiates with landlords, says that might not be the optimal solution. “Sometimes the cost of building improvements into the lease can be prohibitive—you might be adding 20 years to the lease.” However, depending on the concept and how badly the landlord wants to encourage loyalty, some owners may have leverage.

What kind of financial results can be expected with a renovation?
The answer to this depends on the segment, the location and other factors. According to statistics collected by Spargo’s firm, minor remodels tend to yield higher returns compared to major remodels; refreshers lie somewhere in the middle. Work at hamburger/varied-style restaurants gets the biggest bang for the buck, followed by pizza and casual eateries; changes to family restaurants produce less of a bump in sales.

“You generally go into a remodel project expecting a payback of a couple of years,” Spargo says. In the real world, though, that period stretches out longer. “What we’ve found after looking at the numbers is units generally get a first-year payback of 15 percent, plus or minus, with total payback within five or six years.”