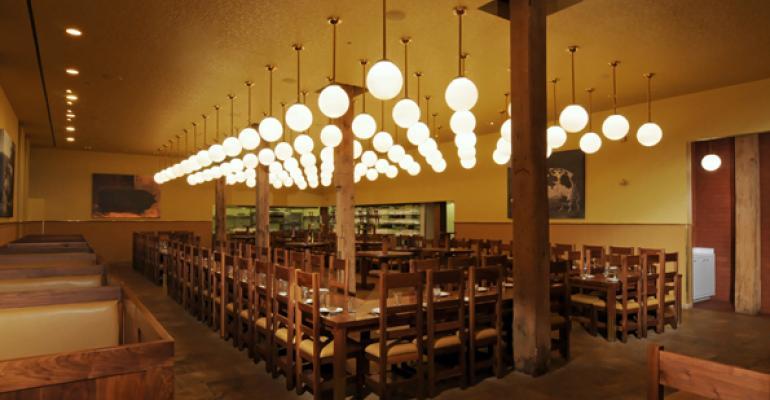 The Publican’s executive chef fired for not reporting inappropriate conduct

The executive chef of Chicago restaurant The Publican has been fired for not reporting an incident in which a personal photo of an employee was circulated without consent, parent company One Off Hospitality Group confirmed Tuesday.

The firing came after chef and restaurateur John Besh stepped down from the helm of Besh Restaurant Group, following allegations of widespread sexual harassment at the company. The incidents set the stage for what some observers see as a new era of accountability for inappropriate workplace conduct.

In a statement to Restaurant Hospitality on Tuesday, One Off Hospitality confirmed reports that Cosmo Goss, executive chef of its Publican-branded concepts, had been fired, along with Antonio Molina, general manager of Publican Anker.

The terminations followed the investigation of an incident that occurred last year, but it was unclear when Goss and Molina were fired.

In an incident described as “inappropriate workplace conduct,” the company said Goss was shown the personal photo of another staff member, in violation of that person’s privacy. But the chef did not report the incident to the group’s owners or fire the individual who showed him the photo.

When another employee brought the incident to the attention of the parent company, it launched an investigation involving outside counsel, One Off Hospitality’s statement said.

“Throughout the investigation, it was vital for us to understand the full scope of the allegations to ensure the team member’s well-being and security,” the statement said. “One Off has an open-door policy, and it’s our responsibility to address instances of inappropriate workplace conduct thoroughly and with zero tolerance.

“In addition to this, we require that all of our managers participate in mandatory anti-harassment training,” the statement continued. “In our opinion, respect and safety in the workplace are not up for debate, regardless of the position you hold or where you work.”

In a letter to employees, One Off Hospitality’s partners explained that the decision to terminate Goss and Molina was based on an “unwavering commitment to protect every person on the team.”

But the incident wasn’t the heart of the problem, the owners said.

“It’s a symptom of something much larger in our society that we need to address, which is that any degree of disrespect or misconduct is unacceptable to us, regardless of your position within the group,” the letter stated.

“When we created One Off, we became responsible for the culture of each of our concepts — in the kitchen, behind the bar, on the floor and everywhere in between,” the letter continued. “This company has always been — and will always be — about the people. Without a doubt, you’re more important to us than anything else we’ve achieved.”

Additionally, Goss will no longer tour to promote his recent cookbook, “Cheers to The Publican with Paul Kahan,” the company said.

“A formal decision regarding his role in those ventures has not yet been made,” One Off Hospitality said.

One attorney said she was encouraged to see an employer taking public action.

“The accountability is key,” said Anna Park, regional attorney for the Los Angeles office of the U.S. Equal Employment Opportunity Commission, or EEOC.

“It’s speaking out, but it’s also action,” said Park, addressing sexual harassment in restaurants generally. She was not involved in the One Off Hospitality action. “You can speak out all you want, but if the company doesn’t take it seriously” it will come to naught.

“The one piece that’s different about the restaurant industry, compared to other industries, is that oftentimes people are not told this is improper conduct,” she said. “The company has to say, ‘We don’t tolerate this, no matter what the title.’”