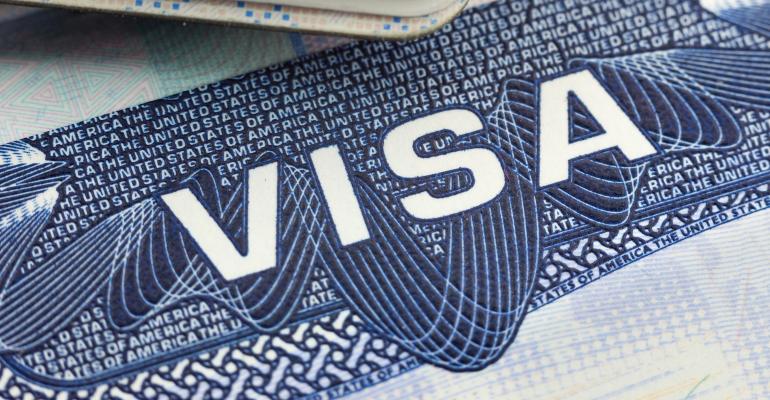 How to become extraordinary

Immigration has been a hot button issue under the Trump administration, but existing visa programs that allow some foreign nationals to work legally in the U.S. remain unchanged to date and still offer attractive options to those who qualify.

One of the visa categories we work with most often is the O-1, for “aliens of extraordinary ability.” We regularly obtain these visas for distinguished clients in a variety of fields, including the hospitality/ culinary industry.

What does it mean to be “extraordinary,” according to U.S. immigration officials?

The immigration law divides “extraordinary” people into two categories: Those in science, education, business and athletics, who must be at the top of their field worldwide; and artists, who need only show they are “prominent” in their field.

For the scientists, educators, business people and athletes, it’s a high standard to meet. The regulations cite winning a Nobel Prize, for example, as a way of showing extraordinary ability. While not all O-1's in these fields must be at the Nobel Prize level, applicants in this category must truly be able to document a long history of notable accomplishments.

Artists, on the other hand, which includes creative professionals such as hairdressers, designers, musicians, and culinary artists like chefs, have a much better shot at claiming a coveted O-1 visa.

A common pattern we see in our practice involves individuals who are just on the cusp of qualifying for O-1 status. They are young up-and-comers, rising rapidly though the professional ranks, but not quite at the level required to be considered “prominent,” for an artist, or “extraordinary” for a business person.

Generally the litmus test as to whether someone qualifies for O-1 status is publications. If a client can offer five to 10 media reports about their work, this usually means there will be enough additional evidence to build an O-1 case. It can sometimes be possible to build an O-1 case without publications, but having them inevitably paves the road for a smooth O-1 process.

With commitment and dedication, we have found that many borderline potential O-1 beneficiaries can build a case for approval within six to 12 months.

To be clear, constructing an O-1 case from scratch requires effort — it’s not an easy task. But it can be done.

To obtain an O-1 visa, you must meet three criteria.

For artists, immigration officials will look for:

For those in business, the criteria are:

To build an O-1 case we generally recommend clients start with the low hanging fruit: publications.

The regulations require publications by or about the beneficiary in major media outlets. Unless the client already has strong media connections, we suggest they work with a public relations agency.

Awards are another criterion that can often be met through a deliberate strategy. Though obviously not everyone can win an award, you certainly can’t win if you don’t enter competitions. Plan to identify, prepare for, and enter as many professional competitions as possible during the six- to 12-month O-1 preparation period.

Some of the awards and competitions our culinary/chef clients have won, and used to qualify for O-1 visas, include the Meilleur Ouvrier de France; James Beard Foundation Awards; the Amsterdam Gelato Festival; the San Pellegrino Cooking Cup; Zagat’s 30 under 30 and the 41st Olympiade de Metiers.

Distinguished events are also key. Have you been a celebrity bartender at a charity event? Chaired a prestigious conference in your field?

As mentioned, if you don’t meet the specific regulatory criteria above, you can also submit “comparable evidence” of your extraordinary ability. Here, the sky’s the limit. My law partner always says: “If your mother were to brag about your professional accomplishments, what would she say?”

Have you taught in your area of expertise? Training subordinates at your place of work doesn’t count, but teaching at the university level, even as a guest lecturer, can.

Have you served as a judge in a professional contest? Been asked to peer review publications? Our clients have satisfied this criterion by serving as a judge of government examination French vocational exams for the hospitality trade; and serving on a judging panel for national cooking competitions, such as “Joven Chef Mexicano,” also known as “Mexican Young Chef Competition.”

Are you a member of any prestigious professional organizations? In one case, we submitted evidence that our client was a member of the International Order of the Disciples of Auguste Escoffier, to satisfy this criterion.

A few other creative ways we’ve addressed the “comparable evidence” criterion for our chef clients include playing a critical role in major restaurant openings; having distinguished clientele, like celebrities, who might supply letters of reference or photos; and holding unusual professional certification, like a license to prepare fugu.

I had a client whose visa conditions required him to return home for two years. He asked me what he could do to build an O-1 case in the interim, and we came up with a strategy.

He is an expert in entrepreneurship and owned a successful gelato business in his home country. During the two years he was home, he published a regular column on entrepreneurship in a regional newspaper. He entered, and won, a national contest for entrepreneurs.

Perhaps most importantly he tirelessly expanded his network of professional contacts, so that when it was time to file his O-1 petition, he had plenty of experts ready and willing to write him letters of reference.

That client not only received an O-1 visa, but shortly thereafter he was approved for an EB1-1 green card, the green-card option for aliens of extraordinary ability.

The O-1, issued for an initial period of three years and renewable indefinitely in one-year increments, is one of the most important tools for highly skilled individuals who wish to work in the U.S.

Furthermore, preparing a successful O-1 case sets you up to ultimately obtain a green card in the counterpart EB1-1 “aliens of extraordinary ability” category.

Out of all the immigration strategies available for highly skilled workers, the O-1 is one of the most satisfying and flexible options.

Becki Young is the co-founder of Hammond Young Immigration Law in Silver Spring, Md., and head of the firm’s hospitality practice.