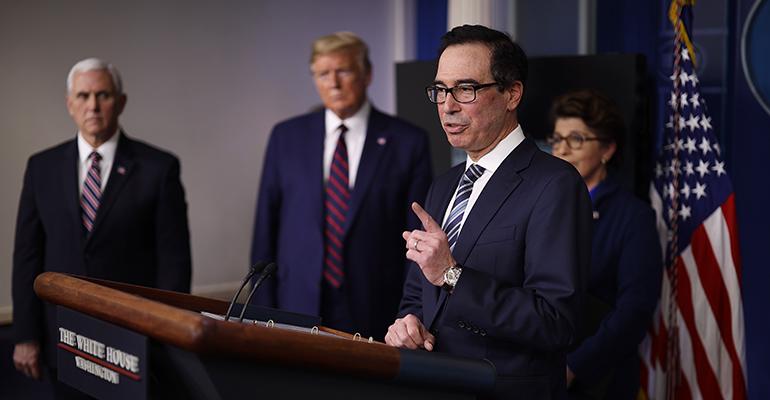 As restaurant operators grapple with a frustrating and confusing application process for the $349 billion Paycheck Protection loan program, federal lawmakers have announced plans to add billions more to the pot as soon as this week.

Designed to be a lifeline to small businesses across America, the Paycheck Protection Program, or PPP, is part of the $2 trillion Coronavirus Aid, Relief and Economic Security, or CARES, Act signed by the President in late March. The small business loan program launched April 3, and federal officials promised the process for getting needed capital into the hands of struggling business operators would be swift.

For many restaurant operators, however, the launch date resulted in nothing but major headaches, as few banks were reportedly prepared to process applications. The few that were taking applications indicated they would prioritize loans for borrowers with whom they already had a relationship, leaving some restaurant operators without options.

But some were able to apply for the forgiveable federal loans. On Tuesday — only the third business day in — President Trump reportedly said more than 250,000 businesses had applied for PPP loans, and that $70 billion in borrowing had already been processed, fueling concerns that the funding would run out before the application process was ironed out.

As complaints about the loan process amplified on Twitter, Treasury Secretary Steven Mnuchin tweeted that the President had directed him to secure another $250 billion for the loan program.

In a statement, Senate Majority Leader Mitch McConnell said, “Even as the CARES Act continues to come online, one such need is already clear: The small-business Paycheck Protection Program needs more funding.”

McConnell said he would work with Congress to approve further funding by unanimous consent or voice vote during the next scheduled Senate session on Thursday.

But restaurant industry advocates contend the loan program needs more than additional funding, calling for a more comprehensive 4.0 version of the legislation to better support the nation’s restaurants, which have been hit disproportionately by the coronavirus crisis.

Key to the program is the incentive for small business operators to retain or rehire workers. Across the restaurant industry in particular, millions have been laid off or furloughed as a result of orders that restaurants close their dining rooms. If they remain open at all, the have been forced to offer only delivery, takeout or curbside pickup.

Many restaurants have closed entirely, leaving many wondering how they can rehire workers before the late June deadline.

“The whole notion of applying for a loan that is forgiven if you hire everybody back by a time when it’s not safe to hire people just doesn’t make any sense,” Danny Meyer, founder of Union Square Hospitality Group in New York, told Yahoo Finance.

Independent restaurant operators, in particular, say they have been left out of relief efforts.

The newly formed Independent Restaurant Coalition,  or IRC — backed by 3,500 chefs and restaurant operators, including big name operators such as Tom Colicchio (Crafted Hospitality), José Andrés (ThinkFoodGroup), Kevin Boehm (Boka Restaurant Group) and Nick Kokonas (The Alinea Group and Tock) — on Monday called for  more work to be done on the PPP to better protect the needs of smaller restaurant operators, who before the crisis employed an estimated 11 million U.S. workers collectively.

In a letter to Congress, for example, the IRC called for an extension of the maximum loan amount to three months after restaurants can legally reopen to full capacity, as well as an increase of the length of time restaurant owners have to repay their loans from the current two years to 10 years, for example, for those whose loans are not forgiven.

In addition, the IRC wants to see the loans limited to borrowers with less than $500 million in gross revenue, to ensure small businesses are not beaten to the pot by larger, better capitalized operators.

The PPP is designed for businesses with 500 or fewer employees. But the National Restaurant Association won a carveout in the legislation for restaurants and hotels specifically that applies the worker count to physical location.

So the loans are available to restaurants and hotels, so long as they don’t have more than 500 workers at any one location, opening up the program to large restaurant chains, multiconcept groups and franchisees.

Sean Kennedy, the NRA’s executive vice president of public affairs, said the goal was to make sure the program was available to as many restaurant operators as possible to preserve jobs across the industry.

“This is a tidal wave, whether you’re a large chain or a small diner, you have having an existential crisis,” he said, “You are on the verge of shutting down your restaurant.”

The NRA is also lobbying for a clearer description of the parameters for loan forgiveness related to worker retention and rehiring. The NRA has asked for a formula that gives restaurants more time for onboarding, for example.

Meyer, who closed his restaurants in New York and Washington, D.C. in March, laying off an estimated 2,000 people, said he hoped both the NRA and IRC would have a seat at the table helping to shape the Paycheck Protection Program 4.0 for big and small operators.

“We’re not trying to line the pockets of one industry or one big company,” he told Yahoo Finance. “What we’re trying to do is generate the economic revitalization of this country, with so many millions and millions of workers, and so many small businesses that we are not doing business with right now — the fisherman, the meat purveyor, the guy who makes our butter, the woman who does our flowers — it’s incredible  how our industry spirals out.”