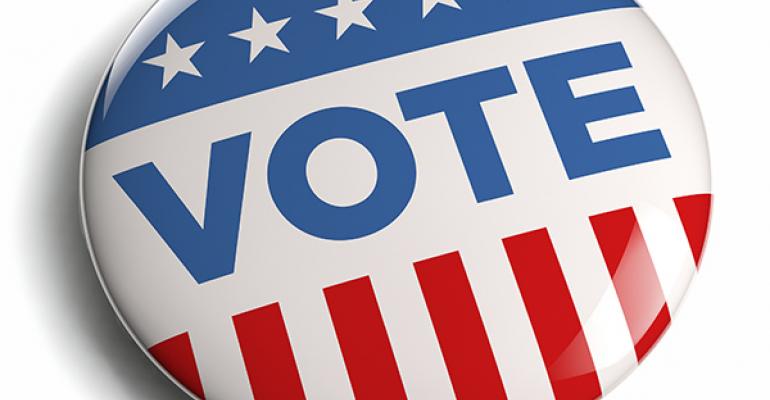 Minneapolis voters will decide next Tuesday whether an antiquated law that severely limits many restaurants’ profitability—and simultaneously mandates an out-of-whack serving sequence—should come off the books. It’s one of several election-day contests whose outcomes could have a significant impact on how restaurant operators do business.

Here’s the ballot language voters in Minneapolis will consider: "Shall the Minneapolis City Charter be amended to remove the requirement that businesses holding on-sale wine licenses in the City must serve food with every order of wine or beer and to remove mandatory food to wine and beer sales ratios?"

The 70/30 food-to-alcohol sales ratio makes this law seems like a throwback to the Prohibition era. But it was first imposed in 1997 in a move designed to keep rowdy drinking establishments out of quiet residential neighborhoods.

It has. But it has also made life difficult for neighborhood restaurants that sell craft beer and good wine—exactly the types of establishments now seen as the key in reviving neighborhoods and creating local economic activity.

The crux of the issue: Operators are challenged to meet the 70/30 food/alcohol standard when customers order higher-end drinks along with popularly priced food. Restaurants that don’t offer breakfast or lunch—times when beer and wine sales are low—have a particularly tough time meeting this standard.

The current law doesn’t affect restaurants located downtown Minneapolis or in council-designated “commercial corridors.” But it has a major impact on how roughly 70 neighborhood restaurants do business in the neighborhoods. For them, revenue from beer and wine is capped at 30 percent of overall sales; restaurants that exceed this ratio can lose their beer/wine license. Licenses can also be revoked if restaurants serve customers a drink before those customers have taken a seat and ordered their food. Patrons who just want to grab a drink at the restaurant’s bar or have one while waiting for their table cannot be accommodated under the current law.

Chances are good that common sense will prevail and this law will come off the books. There is scant opposition but, just in case, a pro-removal coalition is pulling all the stops anyway. Its pitch: “The Vote Yes on 2 campaign is a collection of Minneapolis restaurant owners, restaurant employees, civic leaders, and citizens seeking the repeal of Minneapolis’ 70/30 law.70/30—an outdated sales ratio that is no longer compatible with our city’s dining culture–is on the ballot this Election Day. Voters have a chance to modernize Minneapolis’ restaurant ordinances this election by voting ‘YES’ to remove 70/30 from the books.”

The group has put out a couple of nifty videos that illustrate the absurdities of the current law. One of them stars former Minneapolis mayor R. T. Ryback as a spurned patron:

A second illustrates how crazy the 70/30 ratio can look in practice:

“The results of this year’s midterm elections will be a determining factor in the direction of federal and state policies that impact restaurants,” the NRA says. That’s why it’s hoping restaurant operators turn out in force.