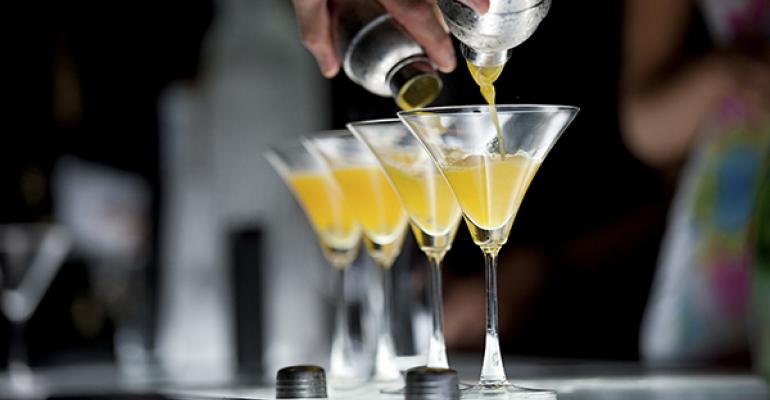 If menu engineering is wrong, can you afford to be right? A trio of class action lawsuits now working their way through New Jersey courts allege that TGI Friday’s failure to include drink prices on printed menus is illegal because it can cause restaurant customers to spend more money than they originally intended. The suits could cost Friday’s franchisees up to $5 million for employing a technique so widely and successfully used throughout the restaurant industry that it is generally considered a “best practice.”

Here’s how one of the lawsuits, Grace vs. TGI Fridays Inc., spells out the issue.

“TGI Fridays’ practice of making an affirmative offer for the sale of beverages without posting prices at the point of purchase facilitates Defendants selling more beverages at a given price point than would be feasible if the prices were disclosed,” the complaint states. Worse, doing so “is an intentional and carefully planned act. Defendants engage in a practice known as ‘menu engineering’—the deliberate and strategic construction of menus to exploit consumer psychology and manipulate customer perceptions. Nothing is left to chance, including the manner in which prices are presented. Every composition decision is purpose driven.”

Indeed they are. In fact, once customers come through the door, the whole idea is to get them to spend more so as to increase the restaurant’s food and beverage revenue. Attorneys for the plaintiffs say routine menu engineering tactics result in consumer fraud, breach of contract and unjust enrichment.

The triggering incident took place on Sept. 30 at the TGI Friday’s unit in Evesham, NJ. Lead plaintiff Michael Grace ordered a cocktail off the menu and did not learn its cost until he had finished it. “At a staggering $10.39, the cost of the drink was far greater than he expected it to be and in excess of a reasonable price for the beverage,” the complaint alleges.

Considering that we’re in an era where craft cocktails routinely go for $14-$16, Grace’s attorneys could have a tough time proving that $10.39 for a mixed drink at Friday’s is all that far out of line. As far as what is reasonable, this article by Serious Eats provides a thorough perspective on how cocktails are priced.

In addition to a monetary award, the suit asks that Friday’s retool its menu so that customers won’t have to ask questions of servers. “Plaintiff would like to return to Defendant’s restaurant to purchase food and beverages but would like to be able to know the prices of the beverages so he can make an informed decision after consideration of all his options without having to interact with sales staff,” the complaint notes.

From a restaurant owner’s perspective, this probably seems like a flimsy premise for a lawsuit. But the firm that is handling all three lawsuits—Sander Friedman and Associates—wants jury trials, where anything can happen. The full name of this lawsuit is Grace v. TGI Friday’s Inc.; Sentinel Capital Partners LLC; and TriArtisan Capital Partners. The other two suits—which involved similar allegations and the same law firm—are Dugan v. TGI Friday’s Inc., and Carlson Restaurants Worldwide, Inc.; and Cameron v. South Jersey Pubs, Inc. All three suits are pending in the Superior Court of New Jersey, Burlington County. Friday’s wants to move Grace v. TGI Friday’s to the United States District Court for the District of New Jersey.

The suit seeks remuneration of $100 per drink for any TGI Friday’s customer who purchased a beverage on July 14, 2014 or later at any of the chain’s 34 New Jersey locations. That could add up to a lot of money. But the larger implication of this suit is that, if successful, it could wind up dealing a significant blow to some of the restaurant industry’s most effective revenue-generation schemes. Stay tuned.