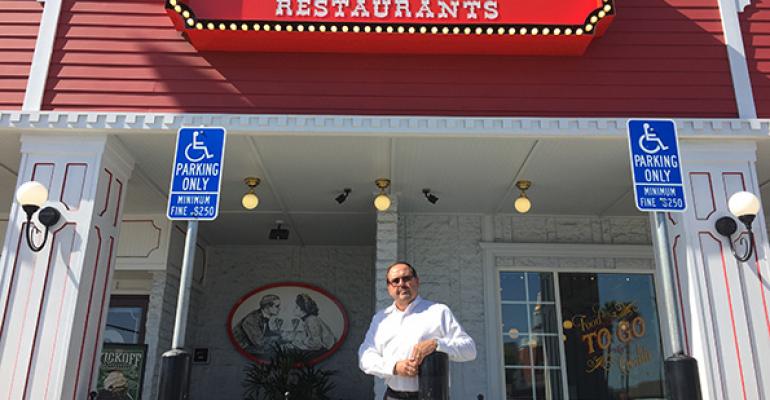 California lawmakers last week approved a bill that would set standards for storefront barriers designed to prevent vehicles from crashing into buildings, a surprisingly common problem in the restaurant industry.

Assembly Bill 764, which awaits the governor’s signature, was pushed in part by Michael Fleming, c.e.o. of the Farrell’s Ice Cream Parlour chain, along with Artesia city councilman Victor Manolo. In April 2014, Manolo’s mother-in-law died and six others were injured after an elderly driver crashed into the front of a Farrell’s unit in Buena Park.

Fleming said the incident has made him aware of how often such accidents occur, not only in California, but across the country.  An advocacy group called Storefront Safety estimates that as many as 500 people a year are killed in such accidents, and 4,000 are injured.

In 2013-2014, the group estimates that restaurants were involved in about 19 percent of those accidents, though the group suspects it captures only a small fraction of incidents.

In September alone, a quick news search turned up reports of multiple storefront crashes around the country.

In Schenectady, NY, an 87-year-old drove into the Blue Ribbon Restaurant. In Houston, a truck drove through the front wall of a Waffle House. In Paramus, NJ, a car drove into a Wendy’s, and it was the second such accident that restaurant had seen this year.

Fleming said he hopes the legislation in California, which also had the backing of the state restaurant association, will raise awareness for restaurant operators to take preventive measures.

“To me, it’s a great start if it’s responsible for saving one life,” he says. “Had I even thought that something like this could happen, I would have spent the money immediately to put these bollards up.”

Although AB 764 does not mandate parking barriers, it directs the state to create standards and suggest such protective barriers for new building and parking lot design.

“You basically have a runway for a vehicle,” Fleming adds. “Should a car accelerate, there’s nothing to stop it.”

At Farrell’s, the accident occurred on a busy Friday night, around 6 p.m. The restaurant had only been open about three months, and the car careened into a line of guests waiting at the entrance.

In addition to losing his mother-in-law, Manolo’s daughter was also critically injured, though she has since recovered fully, Fleming says. Farrell’s sponsored blood drives to support the family after the accident.

Restaurants operators should see the lack of protective barriers as a liability risk, Fleming says.

In the 2014 case involving Farrell’s, victims reached a settlement with the driver, but Fleming’s company has been notified of potential litigation to come.

Fleming also notes the importance of protecting restaurant employees, as well as guests.

Since the accident, Fleming has put in about 12 bollards to protect the storefront where the accident occurred, at a cost of roughly $8,000.

“I would have paid 10 times that much, if I could have avoided what everyone went through, including myself,” he says.