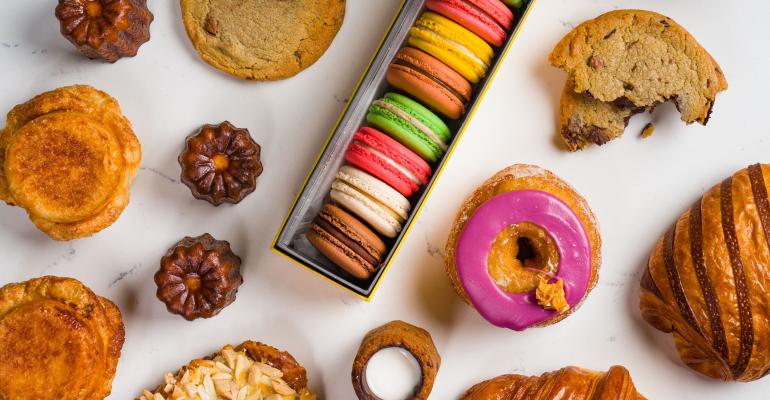 “I’m thrilled to be heading out West and opening a new shop in Las Vegas at Caesars Palace next year,” said Ansel in a release. “[Our team has] known the Caesars team for several years and [we] truly believe that we’re aligned in quality and creativity to bring something special to visitors and locals alike.”

This will be the chef’s first American restaurant outside of the New York City area. He opened Dang Wen Li by Dominique Ansel in Hong Kong in January 2020 and also operates Dominique Ansel Workshop, a croissant counter inside of his pastry kitchen, in NYC’s Flatiron neighborhood.

“We’re quite conservative in where we choose to grow and open our shops, and at the end of the day, it’s all about the team you build. There’s so much talent in Las Vegas and we’re excited to be amongst some of the best,” Ansel said.  “As with all our shops, we’ll be developing brand new items inspired by our new home and limited-edition exclusives just for Las Vegas, so expect some delicious surprises.”

According to the release, signature dishes expected at the new bakery include the Cronut — a croissant-doughnut hybrid created by Ansel — and DKA (Dominique's Kouign Amann), described as similar to a caramelized croissant. The DKA is the best-selling item in Soho NYC and in all of Chef Dominique’s shops worldwide, according to the release.

The Vegas location will also serve the Cookie Shot — a warm chocolate chip cookie shaped like a shot glass, filled to order with cold-infused Madagascan vanilla milk — and Frozen S’mores, which have a center of Madagascan vanilla bean ice cream covered in chocolate feuilletine wrapped in honey marshmallow and torched to order, served on a smoked willow wood branch.

Dominque Ansel Las Vegas will be in a soon-to-be-constructed space next to Gordon Ramsay Pub & Grill at Caesars Palace.