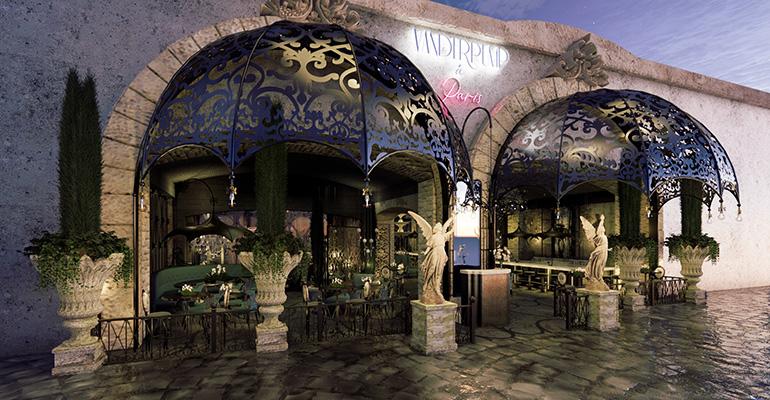 “The Real Housewives of Beverly Hills” and “Vanderpump Rules” star Lisa Vanderpump is expanding her small restaurant empire with the planned opening of a Parisian concept in Las Vegas this winter.

This will be the second restaurant in Vegas for the reality star, who opened Vanderpump Cocktail Garden at Caesars Palace in 2019. Vanderpump à Paris will be in another Caesars Entertainment property: the Paris Las Vegas casino and hotel — known for its mini Eiffel Tower.

The new concept will be decidedly Parisian, from the menu to the cocktails and the décor, and the reality star is promising “epic” visual statements.

“We are so excited to be expanding in Las Vegas, and Vanderpump à Paris has been a passion project of ours for a long time,” said Vanderpump in a press release. “After living in France for many years, it has been such an incredible journey to make our ideas a reality and, working with our extraordinary design partner Nick Alain, we have created a design unlike anything we’ve ever seen, with epic visual statements — it is our hope to bring the stunning visuals of Paris into the heart of Las Vegas.”

Menu details for the new Vegas project have yet to be revealed, but the cocktail menu will “feature the unique and never-before-seen,” as well as Vanderpump’s own brand of wine, in addition to French wines and cocktails inspired by French culture.

Food at the 200-seat restaurant will be “sexy and delicious,” Vanderpump said, ranging from classic Parisian fare to light bites.

“The power and magic of Lisa Vanderpump can be felt through the excitement we continue to see after 2.5 years of Vanderpump Cocktail Garden at Caesars Palace, and we are thrilled to extend our partnership with her to open a second Las Vegas location at the Paris Las Vegas,” said Jason Gregorec, senior vice president and general manager of Paris Las Vegas, in a statement. “Vanderpump à Paris will bring Lisa’s charm and flair to the resort that will attract fans and guests looking for an unparalleled night out filled with picturesque cocktails and bites.”