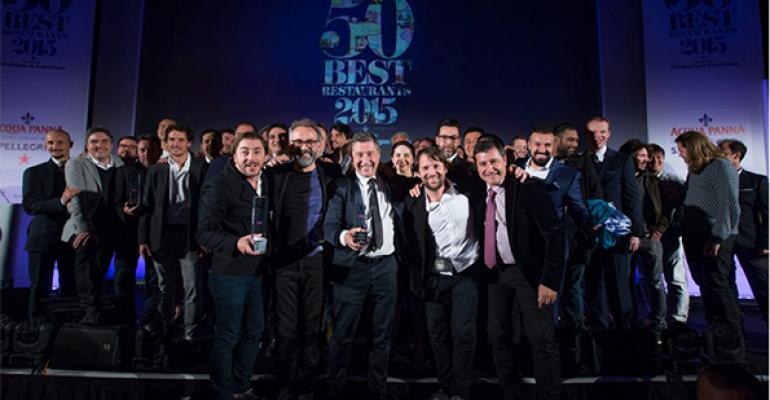 We know for sure that Spain’s El Celler de Can Roca definitely had the number one score in 2015’s The World’s Best Restaurants competition. That’s because a backlash against organizer William Reed Business Media’s methodology—dubbed “opaque, sexist and complacent” by detractors—resulted in the hiring of global business consulting firm Deloitte to monitor voting this year.

Given the proliferation of “best restaurant” lists, it’s no wonder questions are being raised both about what these rankings really mean and how they are produced. Thankfully, the rise of data-based lists like those compiled by Yelp and Foodable means that almost any worthy restaurant can win, even if it isn’t plugged in to the food world’s old boy network the way The World’s Best Restaurants winners are.

But no matter which of these lists a restaurant makes, simply being on it means a lot. These honors translate into your dining room being full into the near future, perhaps even longer. It’s the kind of publicity money just can’t buy.

Yet results vary so much from list to list that many deserving restaurants may have gotten lost in the shuffle. That’s one reason the protest against the World’s Best Restaurant List by a group called Occupy 50 Best may shed light on how some restaurants can dominate certain lists yet not get so much as a mention on others.

Saison came in at number 56 on the 2015 World’s Best Restaurant list and is ranked No. 1 on Opinionated About Dining’s (OAD) 2015 list of the Top 100+ U.S. restaurants, Michelin’s inspectors gave it three stars this year, one of only four San Francisco restaurants so honored. Saison also made the Open Table Top 100 although it did not rank in the top 10.

A restaurant can’t do much better than this. Yet Saison didn’t register on the Foodable Social Top 50, although plenty of other San Francisco restaurants made the list. And it was nowhere to be found on Yelp’s list of Top 100 places to eat. Skenes was a semifinalist for a James Beard Award for Best Chef-West, but wasn’t chosen for the finals.

So Saison is one of the great American restaurants according to the food world cognoscenti, but barely registers elsewhere. No wonder Occupy 50 Best wants to pull back the veil and see how the rankings are compiled.

It’s not clear exactly what this online group is for, but there’s plenty it’s against.

The litany of complaints includes:

• “Jury members, who are appointed by dubious ‘chairmen,’ may vote anonymously, without ever having to justifying their choice of restaurant, nor give proof that they ever have set foot there.”

• “A ranking that shamelessly mixes partiality (the partner countries, among them Peru and Singapore, are particularly over-represented), self promotion (some of the ranked chefs are also members of the jury), and male chauvinism (only one out of the top 50 was a woman in 2014).”

• “By pretending to shake the paradigms of haute cuisine, ‘The World’s 50 Best’ are in fact imposing their own: over-emphasis on marketing, promoting chefs to mega-stardom and giving preferences to ‘innovative’ ingredients by using the clients as guinea-pigs.”

Occupy 50 Best is hitting the World’s Best Restaurants organization where it hurts. It has taken dead aim on the sponsors who fund the whole works. You can go to the site and sign the group’s petition if you agree with its stance.

It may be a coincidence, but the 2015 World’s Best Restaurant List, the first to have its ranking process monitored by outsiders, saw the downgrading of several prestigious restaurants that had previously been fixtures on the list. Among U.S. restaurants demoted this year: Daniel Boulud’s Daniel (bumped down from No. 40 to No. 80);  David Kinch’s Manresa (fell from No. 62 to No. 100); Daniel Patterson’s Coi (down from No. 49 to No. 75) and Grant Achatz’s Alinea (dropped from No. 9 to No. 26.) Thomas Keller’s standard-setting The French Laundry—the No. 1 restaurant in 2003 and 2004—came in at No. 50 in 2015. It was No. 44 last year.

Internationally, living-legend caliber restaurants L’Atelier de Joel Robuchon in Paris (35 to 63) and Alain Ducasse’s flagship Le Louis XV in Monte Carlo (56 to 82) were among those relegated to the lower end of the list.

We’ve written before about the disconnect between juried food world honor programs and those that tap into social media data. Neither method is perfect, but at least the latter give newer restaurants a chance. The shakeup at World’s 50 Best indicates that we may be seeing more new names on future editions of that list, too.