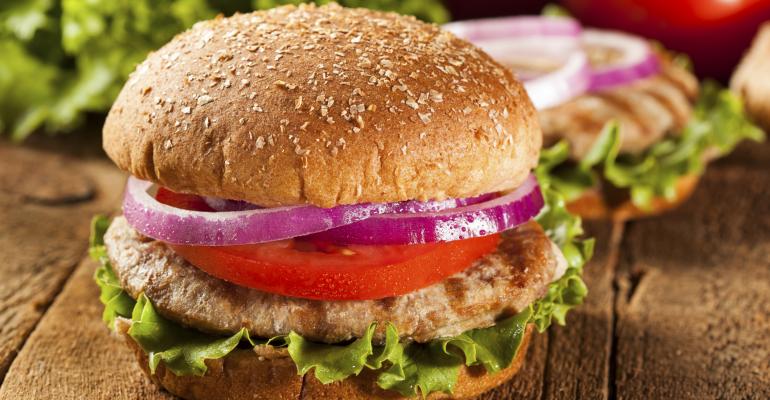 Brought to you by Perdue Foodservice

Consumers' growing interest in healthful dining-out choices is expected to dovetail with operators' needs to develop new and more exciting dishes in 2014, further positioning turkey as an increasingly viable choice of protein for restaurants across all segments of the industry.

At the same time, the rising cost of beef likely will motivate chefs and foodservice operators looking to update their menus to consider turkey as an attractive protein substitute when developing both center-of-the-plate and side-dish items.

“Turkey lends itself to meeting the healthy, lighter needs of consumers,” says Bonnie Riggs, restaurant industry analyst for the NPD Group. “And we hear a lot of consumers saying they want to eat better.”

Many industry observers agree that because turkey is leaner and lower in fat, it has a definite health halo around it. And, because it also is considered to be a less expensive protein — particularly when compared to beef, which continues to rise in price — turkey is highly likely to continue to make inroads on menus in 2014.

According to NPD research, 1.2 billion turkey sandwich servings were sold in 2013, a figure that held steady when compared with 2012 results. “That's a lot of turkey sandwiches … and they're holding their own in a market that's not growing in terms of the number of visits,” Riggs said. “Consumption [at restaurants] is holding steady. But we are seeing more activity in terms of menu innovation.”

Overall U.S.-per-capita turkey consumption in 2013 also is projected to hold steady at 16.0 pounds compared with 2012, according to the U.S. Department of Agriculture.

Riggs cites NPD research that calculated 137 million servings of turkey as a center-of-the-plate category were sold in 2013, also steady from a year ago. “Based on what we're seeing, there is more opportunity [for growth in turkey consumption] in the sandwich category than among plated selections.”

Technomic's Menu Monitor found that turkey items as a side dish grew more than 37 percent for the year. At the same time, turkey burger incidence rose by 48.4 percent.

Menu Consultant Nancy Kruse of The Kruse Co. in Atlanta writes that turkey “has been a bit of a breakout player in the continuing burger boom.”

More turkey burgers, in fact, have been showing up on restaurant menus recently. Last spring, Burger King took center stage when it became the first of the Big Three quick-service burger chains to introduce a turkey burger as a limited-time-only menu item. Priced at $3.99, the sandwich featured a charbroiled turkey patty, lettuce, tomato, red onion and mayonnaise.

Yet, while Burger King was ahead of McDonald's and Wendy's in rolling out a turkey burger, smaller brands such as CKE Restaurants' Hardee's and Carl's Jr., chains, as well as Burger 21, Tom & Eddie's, The Counter and Bagger Dave's, also have made the decision to add turkey burgers to their menus. Kruse calls turkey “a bit of a breakout player in the continuing better-burger boom.”

But opportunity for menuing turkey is not restricted to burgers. Turkey and turkey products are showing up on breakfast and brunch menus as well, Kruse says. Dunkin’ Donuts in Canton, Mass., broadened its DDSMART menu when it debuted a Sliced Turkey Breakfast Sandwich. The 310-calorie sandwich is prepared with three slices of turkey, an egg and a slice of reduced-fat Cheddar cheese, served on multigrain flatbread. It also can be served as a Wake-Up Wrap on a warm tortilla, for 160 calories.

Quick-service chains are not the only ones menuing turkey in the morning daypart. Casual-dining brand Bonefish Grill features a dish it calls Huevos Benedictos at locations that offer brunch. The Mexican-flavored selection features crispy corn tortillas topped with poached eggs, turkey chorizo, green onions, and ranchero and Hollandaise sauces. It is served over black beans and priced at $9.50.

Overall, the drive to accommodate the growing interest in health and wellness among consumers and the need for operators to keep their menus fresh is expected to help fuel interest in more turkey-centric items in the future, experts say. In particular, fast-casual brands are likely to view turkey as a vehicle for menu innovation, Riggs says.

“As we look to eat healthier and look for different options, I think turkey will have some appeal for operators,” she says. “Turkey is unique. It's something different that we haven't seen at most restaurants before. And it can be presented as something new on the menu. It's all in how it is developed and prepared.”