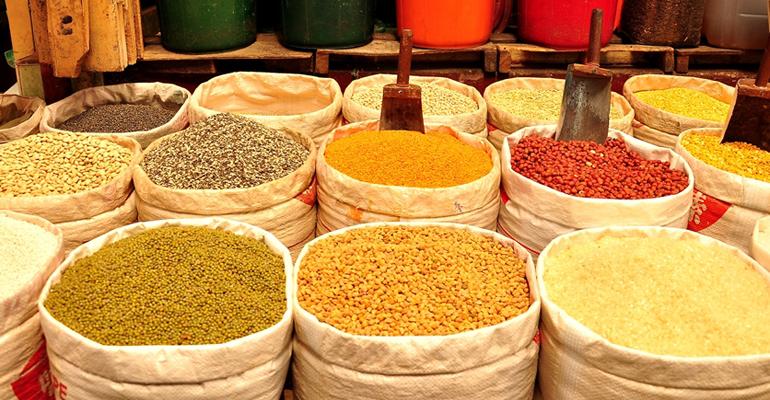 <p>Are pulses poised to be the next menu darling?</p>
Food & Drink>Food Trends

Trendinista: Chickpeas, lentils and beans could be the next quinoa

Get ready. The organization whose last food trend prediction moved markets worldwide and helped U.S. operators sell millions of power bowls and superfood salads is making another call. The Food and Agriculture Organization of the United Nations, which declared 2013 the International Year of Quinoa, has declared 2016 to be the International Year of the Pulses (IYP). The ambitious goal: feed, and simultaneously save, the planet.

The UN’s campaign positions pulses as superfoods whose nutritional properties are just one of many benefits. Quinoa has plenty of nutritional merit, too, but consider what pulses can offer.

“While small, pulses are packed with proteins—double that found in wheat and three times that of rice. They are also rich in micronutrients, amino acids and b-vitamins,” the UN notes.

“Low in fat and rich in nutrients and soluble fibre, pulses are also excellent for managing cholesterol and digestive health, and their high iron and zinc content makes them a potent food for combating anemia in women and children. They are a key ingredient in healthy diets to address obesity and to prevent and manage chronic diseases such as diabetes, coronary conditions and cancer.”

They are gluten free as well, so if you’re looking for a new way to give a healthy spin to your menu or to certain dishes on it, here’s your chance.

But nutrition is only part of the IYP story.

Unlike the early days of the quinoa boom, supply and price issues shouldn’t be an issue for pulses. Farmers have been producing them since ancient times, and pulse crops are highly prized by contemporary growers for both economic and agronomic reasons.

A top feature: pulses put nutrients, particularly nitrogen, back into the soil, so a farmer’s fertilizer bill for these crops is negligible. And pulses can be grown in wide swaths of the American and Canadian plains, where they are valued as a rotational option that gives grain farmers a second crop from fields otherwise left fallow. Post-harvest, the land has more micronutrients than it began with—sustainable agriculture at its finest.

A further plus: pulses are relatively inexpensive, a boon for everything from restaurant food costs to food security in developing nations. When the UN tries to figure out how to feed the planet without wrecking it in the process, pulses look like the smart the way to go.

Parts of the food industry are already on board with pulses.

Ace restaurateur Joe Bastianich (Batali & Bastianich Restaurant Group) is in the mix, too. He’s an investor and partner in chickpea pasta company Banza. The nutritional benefits of this company’s product include twice the protein of traditional pasta, about half the carbohydrates and four times the fiber. The company is less than two years old, and already has retail distribution at major grocers in 41 states.

Will pulses catch on the way quinoa did?  The UN has its fingers crossed.

Quinoa took off like a rocket after the United Nations declared 2013 the International Year of Quinoa. Previously, it had been an obscure ancient grain found mainly on the shelves of health food markets. All the publicity made it a star, creating so much demand that for a couple of years, the indigenous people of prime growing areas in Bolivia and Peru couldn’t afford to buy it.

Quinoa was a godsend for restaurants. It went from an item many chefs and operators couldn’t pronounce or prepare to a staple ingredient suitable for a wide variety of menus. Quinoa bowls, salads and related items proved to have wide appeal beyond fans of healthy eating.

Even casual dining chains got on board. This summer, 169-unit BJ’s Restaurant & Brewhouse sponsored a “Be the first to name your baby ‘Quinoa’” contest. The winner received a $10,000 BJ’s gift card. And a Quinoa Power Bowl recipe from First Watch remains one of the top clicked-on recipes in Restaurant Hospitality’s database. Quinoa can’t get much further into the mainstream than this.

It’s too soon to say whether one or more pulses will join it there. But be aware that quinoa seemed like a long shot at first, too. Its quick success demonstrated that a sizable number of restaurant patrons will embrace dishes based on plant-based proteins. Be ready if pulses catch on the way the UN hopes.