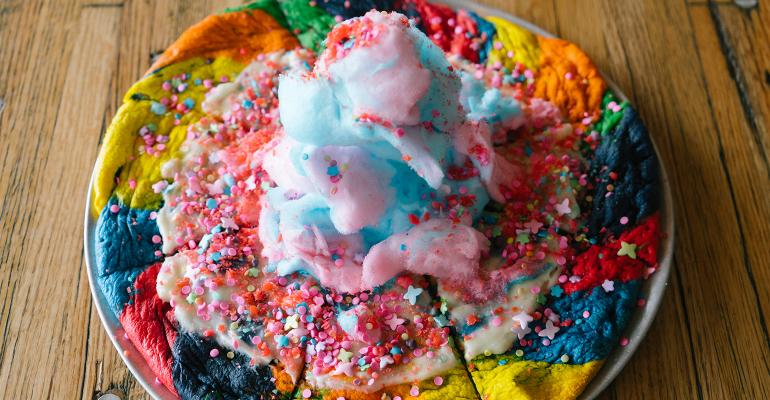 Pop Rocks burst on the menu

With the proliferation of fantastical, color-splashed creations at restaurants these days, you’d be forgiven for thinking that everything is rainbows and unicorns.

Except that it is at these restaurants, which are using Pop Rocks candy to add a sweet, tingly sensation to these dishes:

The dizzyingly sweet menu at American Cupcake in San Francisco puts a priority on candy, and Pop Rocks are included as an add-in to pancakes or waffles.

The Pop Rock Roll at Sushi Mazi in Portland, Ore., manages to incorporate Pop Rocks into a sushi roll. The roll is filled with spicy tuna, avocado and seasoned seaweed, and is topped with the candy.

Dark Chocolate Pop Rocks are on the dessert menu at The Bazaar by José Andrés, with locations in Beverly Hills, Calif., and Miami.