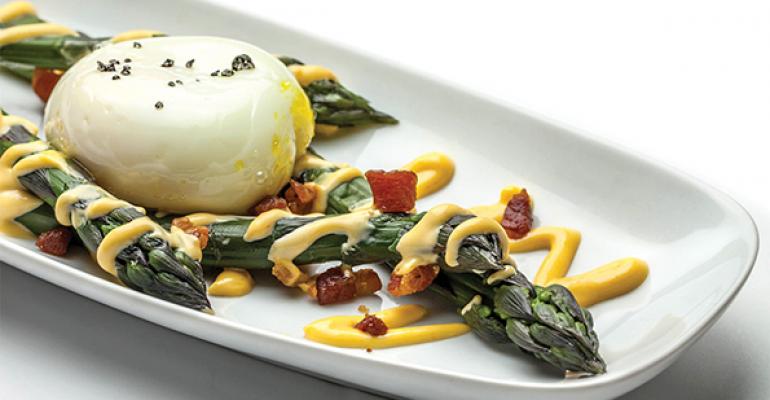 No end in sight for high egg prices

What a difference a year makes. Twelve month ago, few restaurant operators paid much attention to the wholesale price of eggs. They’re watching that number more closely now, thanks to the results of an avian influenza (AI) outbreak at the producer level that has shrunk egg supplies and caused prices to soar. They’re still going up; June 2015 saw the highest one-month increase in egg prices since 1973.

We’ve got some bad news for operators who were hoping the worst was over. It’s looking more like we’re in the middle of the crisis, with the end not coming until late 2016.

Consider this ominous statement from United Egg Producers president/c.e.o. Chad Gregory: “Egg farmers affected by AI this spring have been working diligently and are making good strides toward resuming egg production,” he says in a media release. “We pledge our best efforts to overcome this setback and re-build a healthy and viable egg industry.”

He estimates it will be at least 12 to 18 months before egg production returns to full pre-AI levels.

Some analysts say egg prices could get worse before they get better, thanks in part to McDonald’s recent announcement of an all-day-breakfast menu.

The wild card here is the assumption that the McDonald’s move will be a game-changer. USDA pegs U.S. egg production at 223 million per day, or 81.4 billion eggs per year. The chain uses two billion eggs per year currently, so a significant boost in sales of breakfast items could make a difference. However, not all analysts agree that offering all-day breakfast will move the needle on sales at McDonald’s.

Either way, the timetable for repopulating america’s egg farms will be drawn out, as Gregory indicates. That’s causing government economists to predict that egg prices will continue their double-digit rise throughout the rest of the year.

“After increasing 17.8 percent from May to June, egg prices increased an additional 2.6 percent from June to July and are now 24.9 percent above July 2014 level,” the U.S, Department of Agriculture’s Economic Research Services writes in its 2015-2016 food price outlook.

“Retail egg prices are among the most volatile retail food prices, as they can be affected by seasonal demand. The recent upswing is partially due to the HPAI outbreak, which has decreased the table-egg-laying flocks in the Midwest and Pacific Northwest. ERS forecasts egg prices to increase 12.5 to 13.5 percent in 2015 and 2.5 to 3.5 percent in 2016.”

Egg price volatility has been enough to throw protein economics temporarily out of whack. In a first this summer, operators were paying more for eggs than they were for chicken breasts on a protein-per-dollar basis.

This imbalance probably won’t last, but it could be interesting to see what happens to the price of cage-free eggs in the months and years ahead. McDonald’s has joined two other giant chains, Dunkin’ Donuts and Subway, in making a commitment to only purchase eggs from cage-free sources.

Right now, roughly 6 percent of the country’s laying hens are cage-free, so that particular part of market is going to get interesting. The chains say they want to use their purchasing power to force farmers to become more humane in the way they treat animals—in this case, egg-laying hens. Given their collective clout, chances are they will.