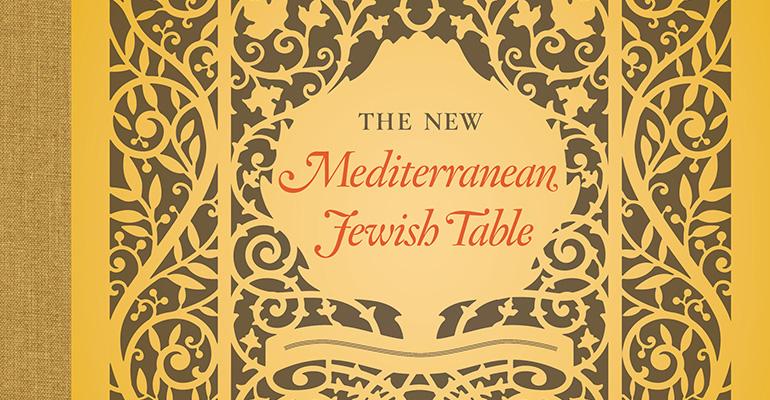 Joyce Goldstein, a key player in the rise of California cuisine, was an early devotee of Mediterranean-style menus. Her seminal Square One restaurant provided a geography lesson on foods of the region, with examples from Italy, Spain France, Greece, Turkey, the Middle East and North Africa. Since its closure in 1996, Goldstein has concentrated her considerable energy and creativity on writing cookbooks, teaching and consulting.

Her most recent volume has a title in line with its heft: The New Mediterranean Jewish Table: Old World Recipes for the Modern Home. At 468 pages—no photos, thank you—“it’s a doorstop,” she admits. But it’s packed with more than 400 recipes from North Africa, Italy, Greece, Turkey, Spain, Portugal and the Middle East and other destinations ringing the Mediterranean, with a mix of classical dishes and contemporary variations. Here's what Goldstein had to say about her 28th cookbook.

We’ve seen a lot of young chefs tackling modern Jewish-style food that goes beyond the traditional deli staples everyone knows. What’s going on?

In this country, when you say “Jewish food,” 99 percent of people will think “bagels, lox, brisket.” That’s because most of the Jews here came from Eastern Europe.

But there were millions of Jews in the Mediterranean, too. The reason it’s getting so much attention now is because some Israeli chefs are getting a lot of attention—it’s really Mediterranean food, and they’re saying it’s Jewish.

What I’m hoping with this book is that people who know the Mediterranean diet is the healthiest for longevity make the connection between it and healthy, flavorful, varied Jewish food.

How did you research foods from so many destinations?

In 1988, when I had Square One, some of my Jewish customers said “Passover’s coming and we don’t want to cook—we want you to cook.” I said okay, but it would be Mediterranean Jewish food. So I started doing research. I had lived with an Italian family and was fairly familiar with Italian Jewish food. Then I started research North Africa and Sephardic foods, eaten by the Jews who lived in Spain and Portugal and were forced to leave. They moved to North Africa, Turkey and Greece, and their cooking morphed into where they were living.

Are Americans ready to think about Mediterranean food differently?

I think Mediterranean food is interesting to American diners. But certain flavors have been appearing on menus, sometimes almost too much. Pomegranate, zatar, dukkah, for instance, can get so overused you don’t want to see them again. I’m afraid sumac will be on everything, including Chinese food.

We were serving this food at Square One in the 1980s, and now it’s fashionable.