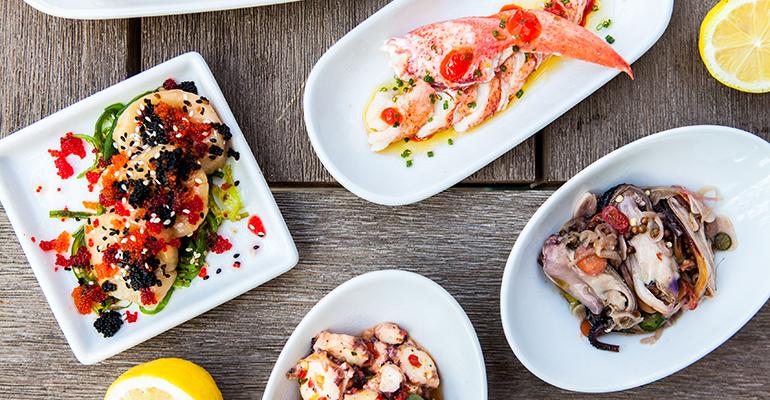 At the Sundance Film Festival this year, it was a small plate that stole the show. Celebrities like Keanu Reeves were starstruck for Buffalo octopus, a small plate created by restaurateur Brian Malarkey at ChefDance, a four-course meal presented during the film festival. “It was the hit of the whole dinner,” Malarkey said.

“Small plates are really good because we’re in an iPhone world and our attention spans are getting smaller and smaller as time goes on,” Malarkey said. “The days of giant steaks and big fish are done. It’s now one bite of this, one bite of that. I can’t get three bites into something before I’m like, ‘What’s next?’”

A couple of years ago, small/shared plates on the menu reached what Datassential calls “the proliferation phase” of the menu adoption cycle, meaning this is a trend that’s reached the mainstream. Small plates can be part of an appetizer menu or have their own section on the menu. Either way, they’ve advanced way beyond the tapas restaurants where they originated.

Here's a look at some sharable seafood plates on menus today.