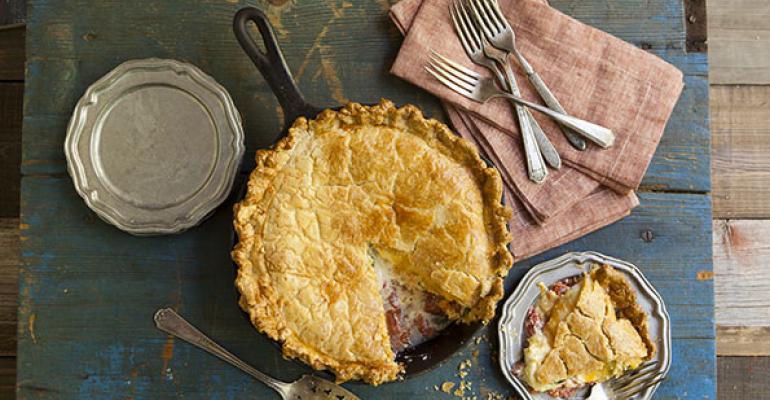 Tomatoes are the second most widely consumed vegetable in the U.S., after potatoes. Botanically speaking, the tomato is a fruit, but 122 years ago the U.S. Supreme Court ruled it (for tax reasons) a vegetable. Today, the tomato’s popularity is no doubt tied in with some of our favorite ethnic cuisines—such as Mexican and Italian—as well as condiments such as ketchup and salsa.

According to USDA statistics, Americans consumed 31.1 pounds of tomatoes per person in 2013, 59 percent of them in canned form. During fresh tomato season, restaurants around the country are finding ways to celebrate the versatility and flavor of this favorite.

At Café Spiaggia in Chicago, the Heirloom Tomatoes Salad ($14) incorporates housemaid lemon ricotta, purple and Genovese basil and chives. Heirloom Tomato Salad has also been starring as one of the “Flavors of Sonoma” wine-inspired summer seasonal dishes at Ocean Prime Beverly Hills.  Chef Matt Briggs’ Heirloom Tomato Salad is served on a bed of arugula with Humboldt Fog Goat Cheese, red onion and red wine vinaigrette. The salad was paired with Arrowood Chardonnay.

For tomato-y inspiration check out recipes from Jack Allen’s Kitchen in Austin, TX, and mk The Restaurant in Chicago.