Book review: A taste for history 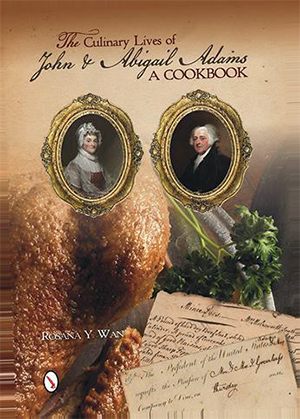 With the current interest in nose-to-tail cooking and menus that celebrate the bounty of the seasons, these 54 recipes from yesteryear can prove instructive and perhaps inspirational. The Culinary Lives of John and Abigail Adams is a book of food and period history. It offers a peek into Colonial cuisine provided by diary entries, letters Abigail Adams and her husband John Adams exchanged and dishes served during his term as the nation’s second President (1797-1801).  Author Rosana Y. Wan also researched recipes from published cookbooks of the era. Some she has adapted for modern tastes and ingredients, such as mince pie made with ground beef. Her recipes include Garden Sauce or green sauce for meat (water, white vinegar, sugar, sorrel, white bread and apple), Cucumber Soup made with low-sodium beef broth, desserts such as Strawberry Fool and drinks including Abigail Adams’ punch recipe.