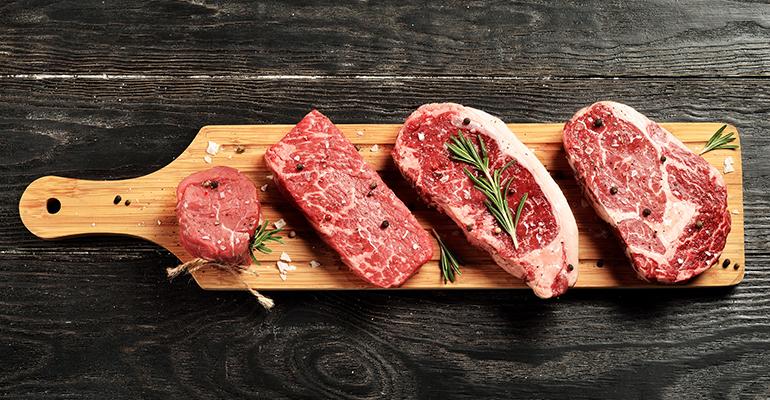 Americans reduced their beef consumption by 19 percent between 2005 and 2014, which was the equivalent of avoiding the annual tailpipe emissions from about 39 million cars, according to a report on Wednesday by the Natural Resources Defense Council.

Using data from the U.S. Department of Agriculture, the report analyzed the carbon-footprint impact of the production of certain foods. The NRDC has long argued that beef in particular contributes more climate-warming pollution than other foods in the American diet.

The National Cattlemen’s Beef Association, however, challenged the NRDC’s connection between consumption and the carbon-footprint impact, saying the reduction in per capita consumption more likely reflects population growth. Following years of drought in the West, herd sizes contracted, but are now in a rebuilding phase, he said. As a result, beef consumption will likely increase.

“We are projecting that, by 2018, average consumption will be back up to 57.5 pounds per person,” Lenz said.

Global demand for U.S. beef has grown, and a growing amount of meat produced domestically is exported.

That doesn’t mean the industry isn’t concerned about its impact on the environment, Place said.

“We’ve made some tremendous progress,” Place said. “But there’s work to do. I’ve been hired because the industry is curious about sustainability and getting better over time.”

The NRDC report did not offer a reason for the decline in beef consumption.

According to the NRDC’s report, beef comprised about 34 percent of total diet-related per capita climate-warming pollution in 2014.

Producing a kilogram of beef emits 26 kilograms of carbon dioxide, the NRDC said.