New on the Menu: Hamachi with Pop Rocks and a Balkan kebab 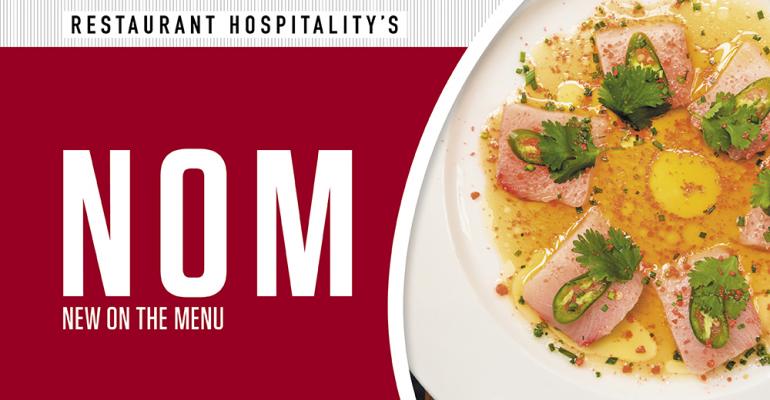 One obvious aspect of playing in the ocean is that nothing you take with you is going to stay dry, so once you’re back on shore and need a cocktail, you’re going to have to pay for it with waterlogged currency. That’s the inspiration for Wet Money, a cocktail made with Blue Curaçao, saltwater and Todd Thrasher’s own brand of rum, among other things, at his bar Tiki TNT in Washington, D.C.

Also in D.C., Balkan restaurant Ambar has rolled out a street-food menu with kebabs such as a beefy one from Bosnia dressed in pickled onions and clotted cream.

In New York City, several big-name chefs have new menus, including Shaun Hergatt, whose 6-month old restaurant Vestry has a seasonal perch dish with young ginger and green garbanzo beans, and Jonathan Benno, who just opened Leonelli, where he is making an octopus soppressata held together with beef tendon.

And in Houston, where Denver-based restaurateur Troy Guard has an outpost of his steakhouse concept Guard and Grace, the chef is having extra fun with his hamachi crudo by garnishing it with Pop Rocks.