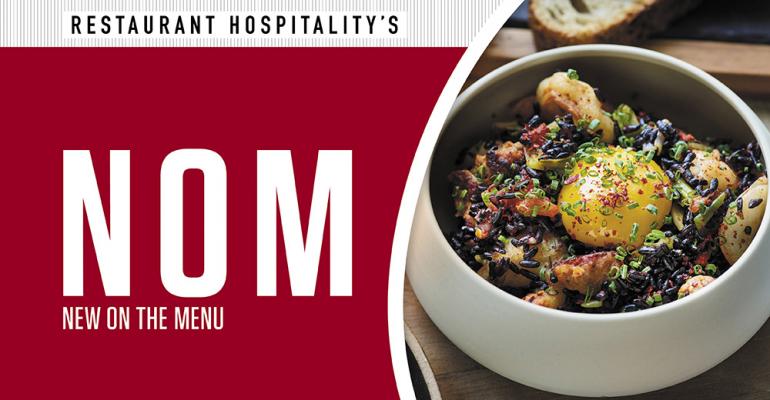 If you’re going to make a culinary joke about the scandal surrounding shrimp tails found in a box of cereal, now is the time to do it, because memory of those things fade fast. But through this weekend at the Carnegie Diner & Café in New York City, guests can, indeed, sample shrimp intentionally crusted with Cinnamon Toast Crunch.

In the Denver area, guests at Pizzeria Locale can sample the type of pizza that chef and restaurateur Alon Shaya learned to make in Italy. He’s collaborating on a pizza there this month named for a mentor of his, some of the proceeds of which go to a local food incubator.

Birmingham, Mich., has a new hotel called Daxton, and at its flagship restaurant, Madam, chef Garrison Price is dishing up black rice cooked with sausage and shrimp.

At Bludorn in Houston, executive chef and owner Aaron Bludorn is making a fine-dining version of grilled quail, stuffing it with local cheese and wrapping it in duck forcemeat and bacon.

And at Deep Blu Seafood Grille at the Wyndham Grand Orlando Resort Bonnet Creek in Orlando, Fla., Canadian salmon is the star of a dish by chef Cecil Rodriguez.