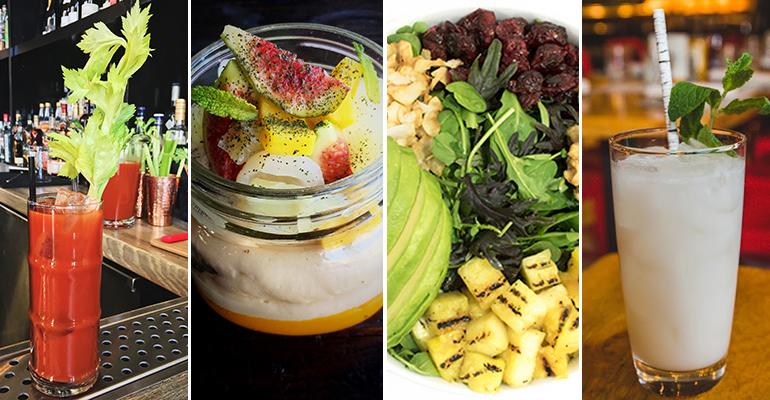 Too sweet? Too overpowering? Forget what you know about coconut as an ingredient.

Chefs and mixologists are using coconut — its milk, meat, oil and water forms — to transport diners to a sublime tropical state. Coconuts offer up so much of themselves in the kitchen: milk, meat, oil, and water. When you’re done, the coconut’s shell can even be carved into a tiki mug. But first, let’s enjoy the flavor, as these sophisticated coconut menu items beckon us to do. 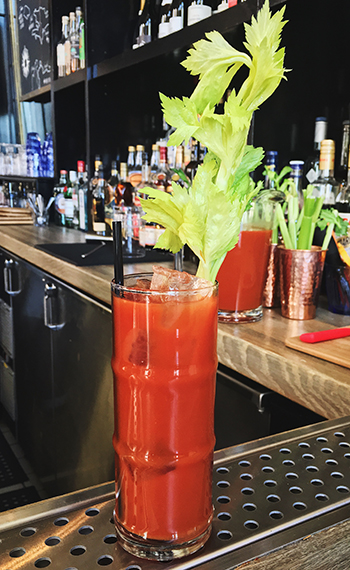 “A good Bloody Mary is super laborious,” said Gram Howle, bar manager at The Ordinary. “If you’re going traditional, you need lots of vegetables, and to do it really well, we’ll need them really fresh…but what’s the point of going through all that if it tastes just like everyone else’s?” That crisis of consciousness at The Ordinary, a Southern seafood hall/oyster bar, led to the Beau Thai, a drink that’s inspired by the Bloody Mary, but could never be mistaken for one. The flavor profile is a world away, plus it’s missing that telltale grit that a lot of Bloodies succumb to. Strained tomatoes, fresh carrot juice, red curry paste, Thai chilies, Worcester sauce and coconut oil are simmered for an hour then put through a chinois and chilled for a consommé-like sip. Howle “washes” rum in coconut oil, a technique that infuses rum with coconut flavor, with the fat is skimmed off in the fridge. “It softens the rum and gives it a little bit of richness and texture and the coconut flavor is imparted,” he said. “But the rum doesn’t have a lot of sweetness…it’s more vegetal; you get sweetness from the carrots and the rest is savory, salty and spicy.” (Photo: Lori Solomon) 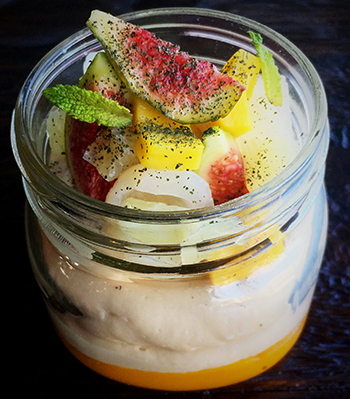 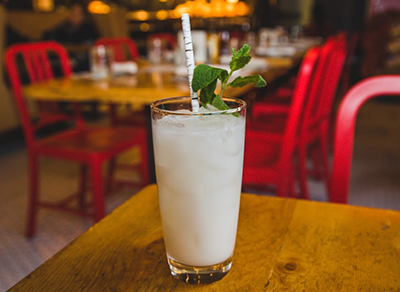 CocoFresca
Patrick Williams, national beverage director, Punch Bowl Social, Denver, Portland, Cleveland, Detroit, Chicago and more cities
Price: $6
“Coco Fresca takes you straight to the tropics,” said Patrick Williams of Punch Bowl Social, an eater-tainment concept with games, bowling, karaoke, regional comfort food and bowls of communal punch. When developing this non-alcoholic (referred to as “preschool” on the menu) drink, Williams wanted to go the light and refreshing route, so he started “in the spirit of agua frescas,” he said, and also took a cue from horchata, that creamy, dreamy drink that’s like no other. Organic coconut water, coconut milk, sparking soda and simple syrup then given a twist of lime for a super refreshing non-alcoholic drink that bubbles to the top of the housemade soda trend. (Photo: Amber Boutwell/Punch Bowl Social) 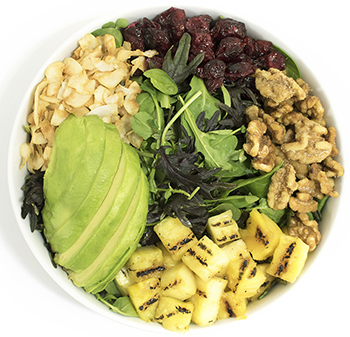 Pineapple Express salad
George Tenedios, founder and CEO, Fresh&Co, 15 locations in NYC
Price: $7.50
Coconut bacon was born when Fresh&Co chefs spotted the baking staff making toasted coconut flakes for a new chocolate-chia seed pudding recipe. “The culinary team decided to put a savory spin on the coconut flakes by adding a bit of smoke seasoning to evoke the deep, smoky bacon flavor we’re familiar with,” CEO George Tenedios said, explaining that the salad was built backwards from there: charred pineapples were added for sweetness, dried cranberries for a tart punch and spicy walnuts for a sweet-savory crunch (such an important element in salads!) Small batches of avocado-chimichurri dressing bring it all together for one vibrant tropical salad. (Photo: Fresh&Co)