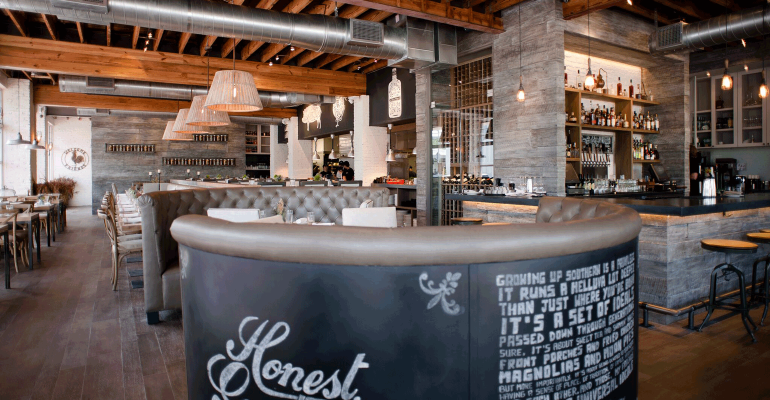 Yardbird Southern Table & Bar has announced that it has received a “significant” growth investment from TriSpan Rising Stars LP.

The funding will be used to grow the Miami-based brand’s domestic footprint, as well as add international locations, the restaurant said in a release last week. A new location at the Beverly Center in Los Angeles has already been announced with a March 2018 opening.

Terms of the joint venture partnership were not disclosed, but Yardbird founder and CEO John Kunkel said the deal applies only to the Yardbird concept and not any of its sister brands under Kunkel’s 50 Eggs Inc. umbrella.

Kunkel told Restaurant Hospitality in a phone interview that he plans to expand at a deliberate pace and that he will avoid opening multiple stores in the same city.

“I’d like to think that we can do two stores a year, three stores a year, something very moderate,” he said. “We’ve all seen people expand too quickly.”

Cities that can expect a Yardbird eatery during the upcoming expansion include New York, Chicago, Denver, London and Dubai.

Yardbird, launched in 2011, currently has three locations in Miami, Las Vegas and Singapore, respectively. The restaurant has received a James Beard nomination for best new restaurant, has been named the South’s best fried chicken by Southern Living and was also crowned one of American’s best bourbon bars by The Bourbon Review.

The menu focuses on modern editions of home-style plates such as chicken and waffles, deviled eggs and housemade buttermilk biscuits. The average check is around $55 to $60 per person.

Kunkel said that the 3,900-square-foot Miami location “has been a good performer,” generating approximately $11 million in sales annually about six years into its run.

TriSpan calls itself an independent and management-controlled private-equity platform. It was founded in 2015 and has offices in New York, London and Dubai. It focuses on growth investing in the global restaurant sector.

“Yardbird is well positioned for long-term growth given its broad consumer appeal and excellent operating economics,” said Marc Cummins, a partner at TriSpan, in a statement. “We are excited to partner with John [Kunkel] to build the outstanding Yardbird brand in major U.S. cities and internationally.”

Kunkel has created several other restaurant concepts, including Lime Fresh Mexican in South Florida. He sold the concept in 2012 to Ruby Tuesday for $24 million. Each location was eventually closed or sold.

Lime Fresh’s failure served as a learning experience for Kunkel as it was his first time selling a brand. “We learned a lot of what to do and not to do,” said Kunkel of the concept’s demise.

Kunkel remains CEO for Yardbird and 50 Eggs remains the majority owner of the restaurant to ensure that the expansion goes smoothly.

“We’re constantly reinvesting,” said Kunkel. “We’ve never stopped reinvesting in the experience of the store. Really, the partnership will help us with growth and just making sure that the concept grows the right way.”