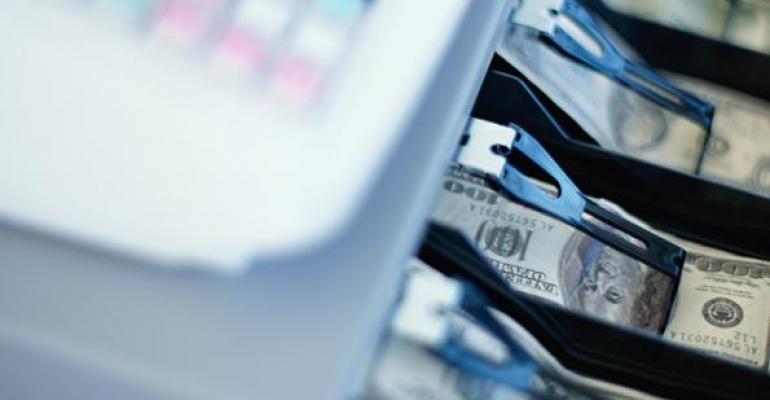 <p>Cash is used for more than half of transactions under $25, the Fed found.</p>
Operations>Finance

Nifty apps and cool devices speed payments, but customers have been slow to embrace them

Don’t stress out if your restaurant hasn’t installed some form of mobile payment technology just yet. A new study issued by the Federal Reserve Bank of San Francisco suggests customers are far more likely to reach for their wallet instead of their smartphone when it’s time to pay their bill.

These findings may explain in part why operators have been reluctant to jump on the mobile payment bandwagon. No question customers are ready for it. Surveys show that as many as 77 percent of mobile phone owners would like to use their devices to make payments. But many operators remain leery. According to the National Restaurant Association, just 32 percent of restaurants currently accept mobile payments.

“Cost is still perceived as the biggest barrier to implementing more customer-facing technologies, along with lack of existing infrastructure and customer acceptance,” says NRA director of research communications Annika Stensson. “Finding cost-efficient solutions and convincing arguments as to their importance are paramount for restaurant operators.”

One benefit of mobile payment is that the restaurant is able to provide a seamless experience to customers. The Fed study indicates that consumers don’t seem to mind the amount of friction they experience when paying with cash, credit cards or debit cards. In fact, customers frequently use cash, even when other payment options are available.

The Federal Reserve tracks how consumers use cash via its ongoing Diary of Consumer Payment Choice; the 2015 edition serves as the basis of its report. The study doesn’t look at restaurant payments specifically, instead addressing consumer transactions collectively. But some of the broad patterns uncovered could be relevant for restaurant operators, particularly those who wonder whether the payment options they offer are keeping up with the times. Here are some key findings:

• While consumer use of cash is “evolving” — i.e., slowly getting smaller — it’s still the preferred choice. “In 2015, cash remained the most frequently used retail payment instrument, used in nearly one-third (32 percent) of all transactions, including bill payments,” the Fed found. “Consumers used debit cards for 27 percent of their transactions, followed by credit cards for 21 percent of transactions.”

• The use of electronic payments, now 11 percent, has risen four percent since 2012. It’s increasing at a rate of roughly one percentage point per year. Checks still account for six percent of all transactions.

• The frequency of electronic payments in restaurants may be even lower than the overall figures suggest. When the Fed looked at share of value by payment type, it found that e-payments account for 35 percent of the total dollar value of all transactions.

Specifically, the Fed found that cash was used for more than half of transactions under $25, for 42 percent of purchases between $10 and $24.99 and for more than 60 percent of purchases under $10. Its conclusion: “The findings suggest that consumers are using cash for small-value transactions out of convenience, not merchant-specific pressures.”
Here’s the Fed’s overall takeaway from this study:

Right now, providing customers with a mobile payment option could give many restaurants a competitive edge, particularly restaurants where intensely busy serving periods are the norm. But restaurants where customers can only pay via cash, credit card or debit card probably aren’t losing any business because of their low-tech payment scheme.