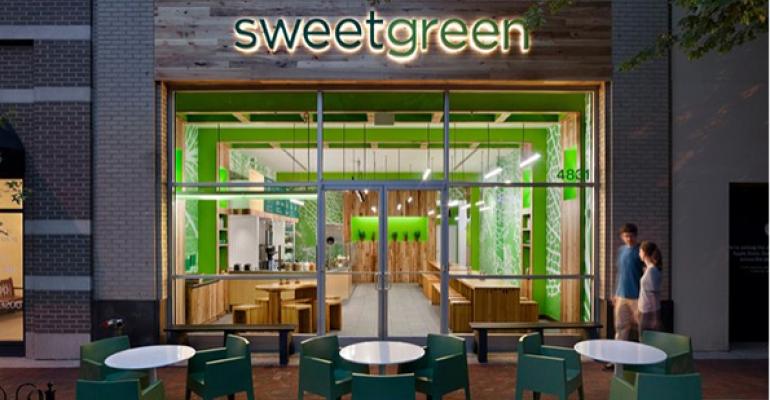 <p>Steve Case invested in Sweetgreen. Could your concept be next?</p>
Operations>Finance

The message coming from AOL founder Steve Case lately isn’t “You’ve got mail.” Now it’s “You’ve got money,” as Case has morphed into one of the tech world’s leading venture capitalists. His interests extend to restaurants, too, and he’ll be looking for new ones to add to his portfolio during his “Rise of the Rest” road tour this May.

It will be the third time Case has taken a trip to uncover promising ventures others overlook. He brings his checkbook along each time, investing $100,000 daily in one or more companies and concepts pitched to him in each city on the tour. This time he’ll visit five cities in five days (May 4-May 8): Richmond, Raleigh-Durham, Charleston, Atlanta and New Orleans, as he explained at the recent South By Southwest festival:

Case notes that 75 percent of venture capital funds go into just three states—California, New York and Massachusetts. That’s true, although he says there are “great startup meccas” in the middle of the country chock full of entrepreneurs with game-changing ideas. If your restaurant concept  meets Case’s criteria for scalable growth, you can pitch it to him face-to-face and walk away the same day with a six-figure sum to fund your next round of growth.

Here’s what Case and his investment firm, Revolution, will be looking for.

“At Revolution our passion has always been in partnering with entrepreneurs that possess the unique blend of vision and execution to build companies that can change the world. We’ve been careful to emphasize that the high-growth companies that will fuel job creation and drive creative change will not just be—and cannot just be—technology or Internet companies.

“New companies will emerge in sectors that represent significant parts of our economy—in energy, healthcare, education, manufacturing and hospitality, among others—many of them leveraging technology and innovative new approaches to differentiate themselves and disrupt an existing industry.”

To date, most of the companies he’s invested in are pure tech plays. But a couple are restaurant-related. Case has made a major investment—$22 million— in fast-casual farm-to-table salad chain Sweetgreen. The Washington DC-based company is using the money to speed up growth. Now at 30 units, it will open new restaurants in L.A. this May and in San Francisco this fall. “It could be the next Chipotle,” Case says, adding that Sweetgreen’s founders cringe when he says that.

His involvement with Sweetgreen gives other operators an idea about how they might position their concept when pitching it. Case, who worked at Pizza Hut before jumping into the tech world, thinks restaurants are ripe for disruption, noting that Sweetgreen’s formula of offering a healthier option with greater convenience is what it takes.

Smartphone technology is one key. Case says 20 percent of Sweetgreen’s orders now arrive via smartphone. He thinks 50 percent will within three years. “Smartphones are the next wave in fast casual, and fast casual is already revolutionizing fast food,” he says.

Case has invested in a food-delivery business, too. Called OrderUp, he describes it as being like GrubHub, only for second- and third-tier cities like its home base in Baltimore. “The big players are focused on big cities,” he says, leaving the rest of the country behind. “They want to the convenience of ordering food for delivery, too.”

Your idea doesn’t have to be anything like Sweetgreen or OrderUp. But there are some criteria you’ll want to know about before applying to make a pitch. Here’s the list posted on the Rise of the Rest website:

• Bold idea: Does the idea “swing for the fences” and have the potential to change the world—and if successful, perhaps become a billion-dollar business?

• Jobs: Will the idea, if it scales, employ a large number of people?

• Team: Does the team have the skills and leadership to move forward on this idea?

• Execution: Is there strong customer growth or revenue?

• Business model: Has a revenue model been defined and is it realistic and sustainable?

• Local: Is this idea building on the core strengths (and unique differentiators) of the region—and, if selected, will this startup potentially excite national investors and media to pay more attention to what’s happening in the region?

Case isn’t looking for cool ideas. He’s looking for going concerns. “Only companies that already have teams, product in market and customers/revenue should apply. Qualifying companies must be headquartered a reasonable driving distance from the cities we are visiting...no fly-in’s, please.”

Interested? You can apply at the Rise of the Rest website. The deadline is April 20. In the meantime, check out this CNBC video to learn more about how fast casual salad chain Sweetgreen won backing from Case. Good luck.