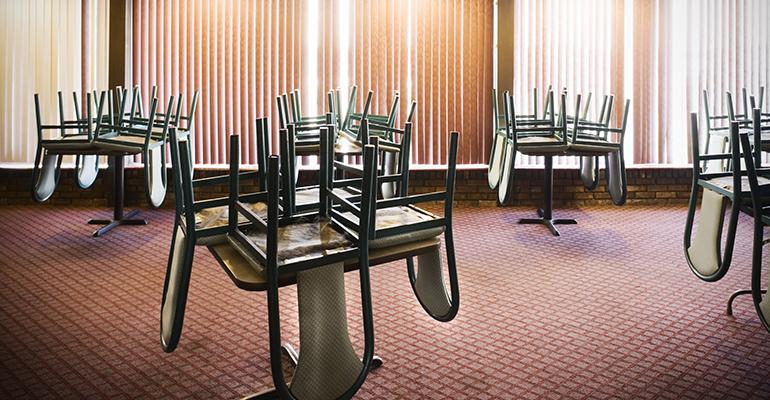 Owaki/Kulla/The Image Bank/Getty Images Plus
There is more confusion with the SBA's distribution of the Restaurant Revitalization Fund grants.
Operations>Finance

Some recently rescinded applicants received the promised funds in their bank accounts the next day, while others were told that their application is now being completely rejected

The U.S. Small Business Administration still has not directly commented on the widely varying issues restaurant operators are experiencing in the wake of two waves of Restaurant Revitalization Fund grant payment cancelations.

Related: The SBA just canceled another round of restaurant relief payments: Here’s what we know so far

Whereas the two previous rounds of emails assured applicants that they will remain in the queue, this third letter obtained by Nation’s Restaurant News states that “the award cannot be approved due to an ineligible business type or other related reasons.”

According to the email, rejection is due to the following reasons: “You have applied for the SVOG (Shuttered Venue Program) and therefore are ineligible for RRF,” “you have previously defaulted on an SBA loan” or the aforementioned “other reasons.”

According to Garret Dixon, general manager at cafe and children’s party venue Detroit Kid City in Michigan, who received one of these emails, he has never applied for the shuttered venue program or defaulted on an SBA loan.

“They were being more transparent when this first happened over a week ago and now it’s very fishy the way it’s being handled,” he said. “Once those lawsuits happened I think they’ve been trying to cover their tracks.”

Dixon said his café had to close four of their five locations during the pandemic and “they’re hanging on for dear life” with the final one. After receiving two PPP loans, he applied for the Restaurant Revitalization Fund as part of the 21-day priority group on May 3 and was approved for a grant on May 20.

“We knew about the 3,000 applicants that received that first notice, but we were not a part of that so every time we reached out, they assured us if we did not receive that email to stop worrying about it because ‘it doesn’t apply to you,’” Dixon said. “They’ve been stringing us along.”

Other business owners have experienced the frustration of having their banks reject the funds, only to have trouble getting the attention of the SBA to fix the situation.

Rep. Earl Blumenauer (D-Or.), who co-wrote the original Restaurant Revitalization Fund legislation — has been working with the SBA to get these promised payments back on track.

“It’s absolutely unacceptable that restaurants, who were told they were being granted a lifeline, are now having it yanked away," Blumenauer told Nation's Restaurant News. "As the SBA works to fix this frustrating situation that was made possible because of meddling by former Trump officials, we are working in Congress to replenish the relief fund to ensure all restaurants get the help they need.”

Blumenauer is referring to the original lawsuits against the SBA that were filed by America First Legal, founded by former President Trump aides Stephen Miller and Mark Meadows.