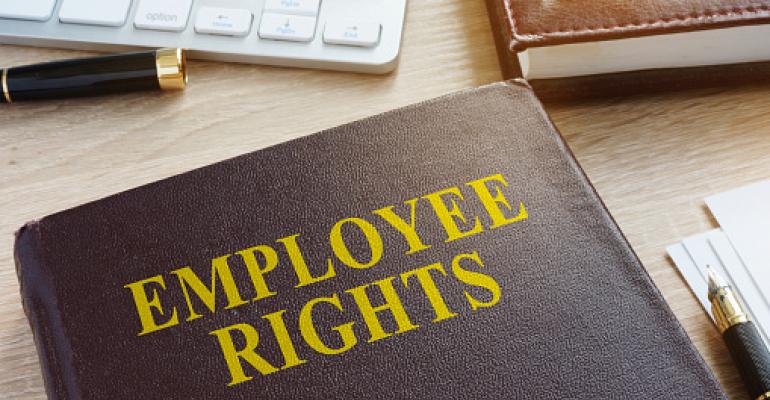 Thai restaurant Sweet Lemons in Weymouth, Mass., was ordered to pay 13 workers damages as a result of violations of the Fair Labor Standards Act

Thai restaurant Sweet Lemons in Weymouth, Mass. has been ordered by a federal judge to pay 13 workers a total of $345,000 in overtime pay and owed tips, the court ruled last week.

“The biggest complaint we hear is ‘my client has no money’ and we’ve been hearing that more and more with COVID,” said Darren Rumack, partner at The Klein Law Group who is not involved in this case, about people filing lawsuits like this one.

There is a similar lawsuit in New York City against The Old Homestead Restaurant, with 40 employees, which is still in the courts over backpay and lost tips.

“There are going to be a few more years of this getting out of the pandemic, and we’ll see things continue on this path,” said Rumack.

Part of that is due to the tip pooling and cash tip rules.

Minimum tipped wage for employees in Massachusetts is $6.15 an hour, but cash wage is $14.25 an hour, something Sweet Lemons is accused of depriving the workers of in addition to tips over the legal minimum wage.

“Sweet Lemon Inc. and Pornthip Neampong disregarded the rights of their essential workers to receive fair pay and retaliated against employees who asserted their rights and cooperated with a federal investigation,” said wage and hour division district director Carlos Matos in Boston in a statement.

Sweet Lemons also didn’t pay employees when they worked over 40 hours a week, even going as far as to change hours on the books and not keep proper records of hours worked.

In retaliation for employees initially reporting the offenses in December 2020, Sweet Lemons had workers sign statements containing false information and interrogated an employee as to whether they spoke with the wage and hour division.

“The court’s decision recognizes that employers who retaliate against employees who assert their rights under the Fair Labor Standards Act may pay the price in punitive damages,” regional solicitor of labor Maia Fisher in Boston said in a statement. “The U.S. Department of Labor is committed to pursuing all necessary legal avenues to obtain proper compensation for employees and deter retaliation and future violations by employers.”

According to Insider, in a motion for summary judgment in December 2021, the DOL said that Sweet Lemons had admitted to not paying overtime premium, keeping staff tips, failing to keep accurate records, and asking staff to sign false statements during the DOL's investigation.