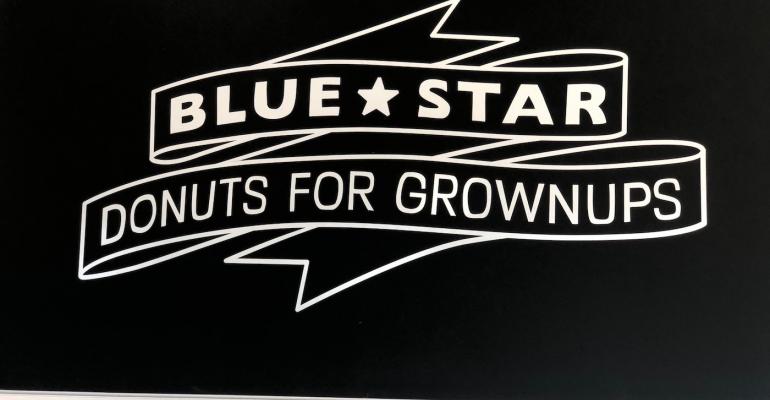 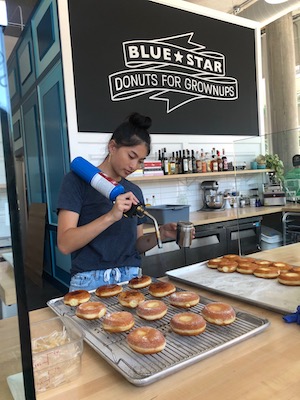 Blue Star filed bankruptcy Wednesday in U.S. Bankruptcy Court for Oregon, citing assets of between $1 million and $10 million and liabilities in the same range.

Katherine Poppe, CEO of Blue Star Doughnuts, said in the filings that “the effect of the COVID-19 shutdown was immediate and catastrophic.”

All of its retail locations were closed, she said, and “production was completely halted because we had no outlets to sell our doughnuts, and because the company’s inventory was exhausted on a daily basis, the company’s revenues completely disappeared overnight.”

Poppe said she met with management and the company had “a stark choice: either make a sharp pivot of its business model from exclusively retail-driven sales to incorporate wholesale and e-commerce delivery or face a paralyzing future.”

She said she has focused on developing a new business model, which she called “Blue Star 2.0,” to diversify the company’s revenue by building out a wholesale and e-commerce delivery operation, “while at the same time continuing to deliver fresh doughnuts on a daily basis through a potentially scaled-down retail footprint that will depend in part on the pandemic’s trajectory over the second half of 2020 and perhaps even into 2021.”

Blue Star in June, according to a report in Oregon Live, announced the pandemic had forced the company to close its 2-year-old headquarters in downtown Portland. The bankruptcy petition outlines the company’s dispute with that headquarters lease.

The donut shop now has four Portland-area locations and three in Southern California.