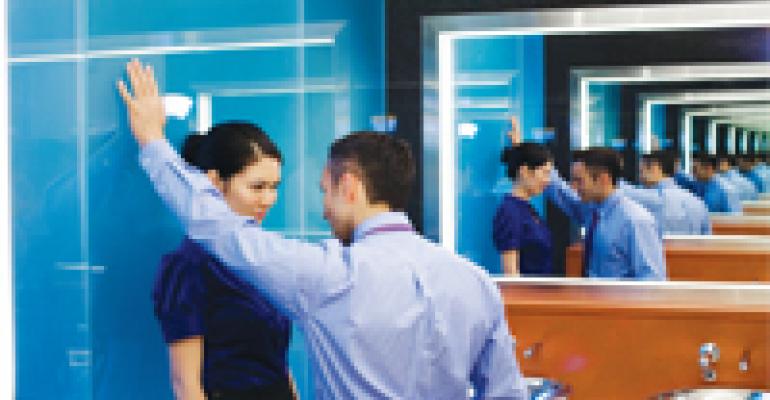 Just Say No To Harassment

Earlier This Year, Tavern on the Green, the sparkling jewel of New York City's Central Park, agreed to a $2.2 million settlement of a sexual and racial discrimination lawsuit brought by the Equal Employment Opportunity Commission (EEOC).

While a denial of wrongdoing was part of the agreement, working conditions at the restaurant will change: The EEOC pact calls for a new hotline for discrimination complaints, a revised policy against discrimination and retaliation and a fresh round of employee training on those subjects.

Whatever the merits of the Tavern on the Green case, the steep fine and workplace retooling offer a prudent wakeup call for the industry. “Racial, ethnic and sexual harassment claims are an ongoing problem for restaurants,” says James McDonald, Jr., outside employment counsel for a large restaurant chain and managing partner at the Irvine, CA, office of Fisher & Phillips.

The continuing pace of discrimination lawsuits in the restaurant field is noteworthy, says McDonald, given the general decline of such litigation in many other industries. Why the disparity? One reason is employment diversity. “A large number of ethnic groups typically work together in restaurant settings,” he says. “The friction that commonly occurs between the kitchen and waitstaff often manifests itself in insults and epithets which target race, ethnicity and gender.”

Another big problem is the fact that restaurant managers, particularly line level supervisors, so often socialize and even date nonmanagement employees, McDonald adds. “Any such fraternization has the potential to trigger a harassment lawsuit. This is particularly problematic when the employees are teenagers and the dating relationships are later portrayed as harassment. Often, plaintiff lawyers will portray as victimization a situation in which an assistant manager in his 20s or 30s is dating or fraternizing with a hostess or server in her late teens.”

Gossip about who is sleeping with whom — a popular topic among the high schoolers so often employed by restaurants — can also spark problems. “The targets of such gossip will frequently complain of harassment, particular if the gossip is not true,” notes McDonald.

Finally, the high turnover typical of this industry offers fertile ground for litigation. “It's difficult to train everyone when people are joining and leaving so regularly,” says McDonald. “All the more reason to make sure you have the right policies and procedures in place.”

Sexual discrimination is prohibited by a matrix of federal, state and local laws. Federal antidiscrimination law covers businesses with five or more employees. Smaller employers, though, need to be aware that most states have laws that cover organizations with just a few workers. All such laws generally protect employees in a variety of categories including gender, age, race, ethnic background and religion.

So what exactly is prohibited? Most people today probably understand the illegality of overt discrimination when it comes to hiring, disciplining and firing. Less clear, though, is the subject of sexual harassment: Many individuals don't realize that it constitutes a form of sexual discrimination. They should be advised: Anytime someone is picked on because of gender alone there develops an unstated but very real discrimination.

“One aspect of discrimination is the set of terms and conditions of the job,” explains Nancy Williams, a partner in the Seattle office of the law firm Perkins Coie. “If sexist remarks rise to the level of being terms and conditions of employment-in other words, something employees have to accept if they want to remain at work-then those remarks violate their rights and constitute discrimination.”

As the Tavern on the Green story illustrates, discrimination can have a financial toll. “The damages for sexual harassment and discrimination can be significant if there are a large number of people involved or if the conduct is severe,” says Williams. “If the claimants are successful the employer often has to pay not only its own legal fees but often also those of the claimants.”

Even when a suit is without merit an employer typically pays hefty fees to defense attorneys. The average cost to settle an employment law claim exceeds $300,000. And the costs go beyond legal ones because business is usually disrupted to make time for the preparation of a defense. And even more: “The bad publicity surrounding a case can be a cost,” points out Williams. “That's especially true for restaurants, which rely on being held in good esteem by the public.”

A restaurant can incur costs even when harassment does not spark a lawsuit. “Harassment and discrimination can affect employee morale,” says Williams. “Productivity is bound to suffer if employees are disgruntled and have the perception that their employer is not looking out for their best interests. The departure of unhappy employees is also costly, as is the search for replacements.”

How can you safeguard your restaurant from costly litigation? Attorneys suggest creating and communicating workplace policies that prohibit any discrimination on the basis of gender. Here are some guidelines:

“Employers often make the mistake of disregarding evidence of wrongdoing,” says Jay W. Waks, chair of the labor and employment law department at New York's Kaye Scholer, where he represents employers. “You just cannot ignore these things. Stupid comments, if repeated, are a certain sign that an employer is going to get socked for liability under federal, state and city anti-discrimination laws.”

Indeed, it's a mistake to turn a blind eye to the potential of sexual harassment or other discriminatory practices until you encounter your first claim. “Be proactive,” says Waks. “Hold a periodic meeting with your workforce to discuss harassment and why it's impermissible, both under the law and as a matter of company policy. Explain not only the legalities in a way that is understandable but also how unproductive and counterproductive harassment is.”

Avoiding charges of sexual harassment is a continuing challenge. “Even if the law did not prohibit discrimination, it would be good business to keep your workplace free of abuse,” Williams says. “Employers who have happy employees who respect each other and interact well are likely to retain them longer. Fair treatment goes a long way toward being the employer of choice.”

Indeed, it's smart to eliminate harassment not only against protected categories but against any fellow worker. “The rudeness of a boss toward employees may not result in a lawsuit because it does not involve a protected category,” says Waks. “But it does cause anxiety and does detract from the productivity of employees. And that affects the bottom line.”

How About That occasional sexual workplace joke? Is it illegal?

“Most courts have said a very minor or infrequent comment might be offensive but probably not severe and pervasive enough to alter the terms and conditions of employment,” notes Nancy Williams, a partner in the Seattle office of the law firm Perkins Coie. “So an occasional off color remark will probably not form the basis of a legal claim. But if those kinds of remarks occur regularly or frequently, if dirty jokes are part of the everyday working environment, then a court might very well conclude the harassment has become pervasive enough to constitute a term and condition of employment.” And that constitutes a form of illegal sexual discrimination.

It's smart, then, to nip such comments in the bud

One more thing: Be wary of sexual joking that seems to be voluntary — it's easy to get lulled into a false sense of security. “Often dirty joking and off-color comments may appear to be happening voluntarily and in jest,” says Williams. “Truly voluntary conduct that is welcome doesn't violate the law, but it is very difficult to know whether someone is voluntarily going along or feels pressure to do so.”

Even if an employee does voluntarily go along, problems can arise later. Perhaps the individual gets fired or receives a bad appraisal. In such situations it is very easy for the person to claim “I went along because I felt like I had to. It was unwelcome and now I have a claim against you.”

So what can you do when your employees say they are just joking around? Williams suggests a response such as this: “You know what? Do it when you hang out together on your own time.”