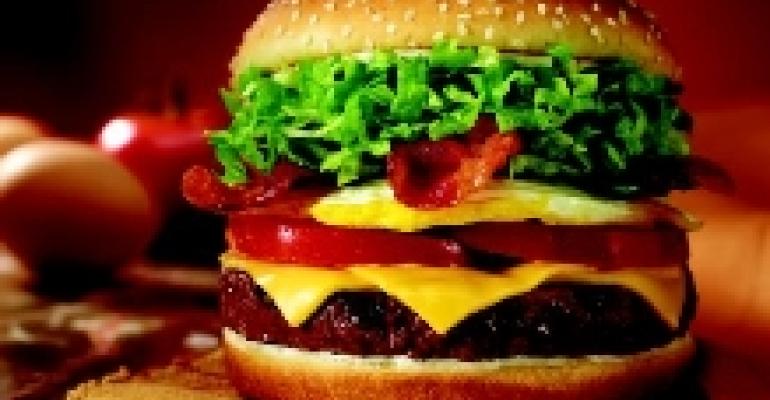 Although its executives might not have seen it coming a decade ago, last month, Red Robin International, the Greenwood Village, CO-based "gourmet burger" chain, marked the most significant milestone in the company's 37-year history: It reached the $1 billion dollar mark in market capitalization. If Red Robin has never made it onto your radar screen, it's time to pay attention. Quietly, this "gourmet burger" chain has spent the last nine years becoming a powerhouse in the casual dining arena, adding 230 units to the 44 units it had, growing same store sales by an average of $1.5 million per unit and setting its 5- to 7- year sights on the $2 billion market cap target.

It's an astounding achievement if you consider how far the chain has come. Red Robin, along with current c.e.o. and then-franchisee Mike Snyder, almost went belly-up in the mid-'90s. This bird's near-extinction happened after the company tried to re-image itself as a dinner house, which alienated its customer base and killed sales.

In 1996, however, Snyder took over the reins from a Japanese interest that had ownership of the company, merged his franchise with Red Robin International and set out to revive the burger brand. The move got the business back on track.

Robert Derrington of Morgan Keegan & Co. says the key to Red Robin's success has been settling into the gourmet burger niche when others, such as TGI Friday's and Applebee's, have shifted toward a higher check average, entreeoriented model. Moreover, he adds, "The key to Red Robin was the refinement management made to the brand. It's a light, bright restaurant, especially geared to mothers and families, with video games, finger foods, very quick preparation and reasonable price points that families find attractive. Of all the casual dining restaurants that serve burgers, they've been able to take that concept and turn it into a very solid business proposition."

Indeed. Red Robin recently celebrated its 33rd consecutive quarter of same store sales increases and is poised to end 2005 with 41 to 43 new unit openings. 2006 will see the launch of 50 to 55 new units.

Vice president of operations Eric Houseman recalls that the chain's resurrection came from a focus on the basics: that is, attention to food, service and other elements of four walls execution. Back in 1996, Snyder began a four-year moratorium on all new store growth, and, with the help of a $25 million infusion from an equity partner, honed the infrastructure, revamped the menu, built same store sales and created a foundation for Red Robin to move forward.

Guiding Principles
When Snyder took over Red Robin and assembled a eam of operations professionals to help run it, the company's leadership structured the brand's renovation around what it calls the "Four Cornerstones" of its business, the principles underlying all decisions. They include (1) values—honor, integrity, seeking knowledge and having fun; (2) burgers—sticking to their niche and doing it well; (3) people—taking care of employees; and (4) the "gift of time"—getting the guest in and out as quickly as he or she would like.

Speaking to Red Robin executives reveals a belief that employees are the company's most crucial cornerstone. Though such niceties ("We're not in the food business, we're in the people business!") have become cliche, Red Robin seems to walk the walk when it comes to taking care of its staff. Invest money, time and a little bit of heart, and the employees will take care of the guest, the thought goes. After that, profits and happy shareholders fall into place.

"We want to be the most respected company in the industry for the way we take care of our team members, guests and shareholders—in that order," says Houseman. Doing so starts with enviable compensation packages and reward programs for general managers. Many GMs earn six figures, while working only 50 hours a week with two consecutive days off. In addition to more conventional perks like stock options and a share of their store's revenues, the company leases Jeep Wranglers for GMs who raise sales 15% in their units for four consecutive quarters. So far, 30 managers have done so. Red Robin even goes ahead and buys them the darn car if they can keep it up for two years in a row. So far, they've bought six.

Motivating the hourly employees takes on a subtler, yet apparently effective approach. ("Our internal studies have shown us they want to feel appreciated for what they do," says Houseman.) At team meetings, for instance, the company's ritual is to celebrate staffers who commit what Red Robin calls "unbridled acts," which are measures to serve the customer that go above and beyond the call of duty. Take, for instance, the busser who ran to a store across the street from his unit to get a guest a Pepsi (Red Robin serves Coke), or the server who takes it upon himself to don the costume of the chain's mascot when a kid in his section asks, "Where's Red?"

Including staff in the company's direction makes them feel invested in the company and is also part of Red Robin's success strategy. More than 50 front-and back-of-the-house employees are brought to each management conference, pumped for ideas and encouraged to call execs by their first names. "It's rankless," says Houseman. "That's why they're there. One of our values is seeking knowledge, and you never know where the next best idea is going to come from."

Red Robin seems to walk the walk when it comes to taking care of its staff.
"We want to be the most respected company in the industry for the way we take care of our
team members, guests and shareholders," one exec says.

Here's another way Red Robin is striving to be the best employer in the business: The company established a "giving fund" for its staff three years ago. Employees can contribute as much as they want or as little as $1 per paycheck to the fund, which is overseen by a committee of employees from all levels. The committee evaluates requests from staff members in need of financial assistance and doles out the money to those who need it most. This way, a hostess can fly home to see a sick relative or a busser can make rent even if an injury has him temporarily sidelined. Last year, the Red Robin family took care of its own to the tune of $250,000.

Executives at Red Robin say measures like these keep their turnover rates below industry averages— 84% for hourlies, 26% for managers and 11% for GMs. Only 6% of GM turnover was voluntary.

In addition to low turnover, much of the company's success can be attributed to knowing its customer base. Red Robin conducts extensive research on its guests to find out who they are and what they want. What the company discovered the pulic wants most is a quick meal. For this reason, customers get to set the speed of their experience, and while staffers are trained to read the guest's pace, fast is the official mode. To that end, servers show up to take drink orders within 60 seconds of the guest's arrival, and checks are dropped along with dessert menus.

Red Robin established a "giving fund" for its staff. Employees can
contribute as much as they want or as little as $1 per paycheck. This fund
allows a hostess to fly home to see a sick relative or a busser can make rent if injured.

Burgers and More
Accounting for 44% of sales, those burgers are Red Robin's bread and butter. The chain boasts "the best gourmet burgers on the planet," but "burger" is just a metaphor for "anything you can put between two buns," says Houseman. Broad appeal comes not only from beef, but chicken, turkey, fish and vegetarian burgers and sandwiches. The menu also features other casual dining staples and family favorites, including appetizers, salads, soups and entrees.

Meal customization is part of the Red Robin dogma. Servers encourage befuddled guests to change, add and subtract until their order suits them and answer "absolutely" when asked "Can I....?" There's even a "customizer" feature on Red Robin's website and table tents that encourages guests to order it their way. Guest empowerment helps to produce some good frequency numbers. Some 30% of guests make up 70% of sales, and loyal guests frequent Red Robin, on average, 3.3 times per month. Of course, low checks help drive frequency too. The average check is $10.43.

Interestingly, guests of this red-meat focused concept are largely women, along with 'tweens and teens. In fact, internal research revealed Red Robin's clientele to be 57% female and 28% under age 18, a curious feat in itself, when you consider the McDonald's under-18 clientele is around 20%.

This phenomenon, Red Robin believes, will help drive it from 274 units today (148 of them corporate-owned, 126 franchised) to its objective of 1,000 units nationwide. The company is counting on these kids to make a habit out of Red Robin and usher in an entirely new generation of families.

For now, Red Robin's just happy to take care of its own and the customers it serves today. And the shareholders? They're happy, too. Red Robin went public in 2002 at $12 a share. It now hovers around the $60 mark, with a P/E ratio of about 34—comparable to that of P.F. Chang's, Starbucks and The Cheesecake Factory.

"We expect to continue to enjoy 20% or higher annual increases in revenues," says Houseman. The boosts will come from 2%-3% bumps in same store sales, franchise royalty growth of 10% to 15% percent and new restaurant revenue growth of 15% to 17%. If all of this can be accomplished, he says, "We've hit a home run."

Three-Michelin-starred restaurant The Restaurant at Meadowood burns down in Napa Valley fires
Sep 30, 2020