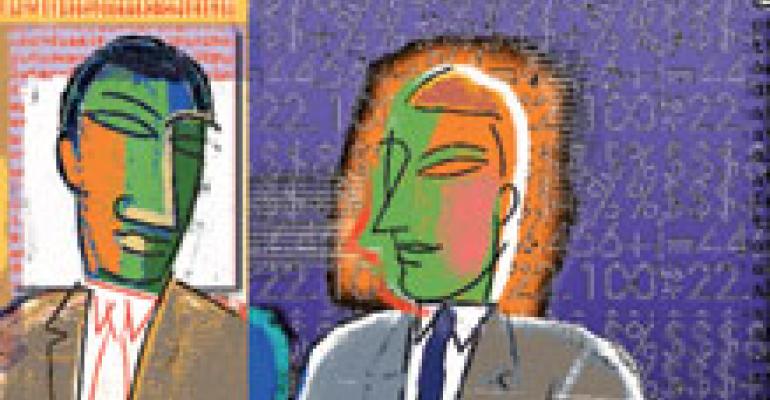 How to Discharge an Employee & Stay out of Trouble Doing It

No one likes to do it, but every restaurant owner must eventually face up to the disagreeable task of terminating an employee. “Firing people is one of the toughest, most unpleasant things you do as an employer,” says James Walsh in his book Rightful Termination. “Your stomach tightens and your throat gets dry as you prepare to call someone in for the meeting that begins, ‘There's no easy way for me to do this. . . .'”

With the risk of costly legal complications, handling that dreaded responsibility properly has become more difficult and more important than ever.

You may have heard about the legal concept of “wrongful termination,” a serious problem for employers that has grown worse in recent years. Every year, thousands of employers are hauled into court by former employees claiming that they were fired illegally. Many of them have won substantial judgments against their former bosses. When you find yourself faced with the need to discharge an employee, it's important that you keep yourself aware of the legal pitfalls surrounding that task.

An English Common Law doctrine known as “employment at will” once was widely recognized in this country. It meant simply that an employer had the right to fire an employee for any reason or for no reason at all. We've all heard stories about people being fired because “. . . I just don't like you.”

Not any more. Lawsuits are popping up everywhere, and many employers are facing costly legal penalties for firing employees without “sufficient cause.” “Employees have many rights they didn't have a century ago,” cautions Walsh.

“I asked him if any other employees had been permitted to sleep on the job. ‘Of course not,' he replied. ‘What a silly question.' I suggested the employer check with his supervisors just to be sure.

“Half an hour later, the employer called back sheepishly. ‘The week before I fired the woman for sleeping on the job, we had a big project and one of our best workers, a man, worked until 1 a.m. on the project, then showed up for work at his regular time. By afternoon, he was nodding off at his desk. His supervisor told him to punch out, but didn't discipline him.'”

Says McElligott, “Fortunately, we were able to settle the matter by giving the employee who filed the charge two weeks' separation pay in exchange for a complete release.”

While you aren't likely to face this specific problem in the operation of your restaurant, the story illustrates the unlikely complications that lie in wait any time you must terminate an employee.

Be particularly concerned about the risk of a lawsuit based on some form of discrimination. “Every employee has a race, a gender, a religion,” says attorney Beth Schroeder, Silver & Freedman, Los Angeles, Calif. “So every employee, even new and probationary ones, falls into at least one so-called ‘protected' class.”

“It costs nothing for an employee to file a charge with the EEOC or state fair employment practices agency,” cautions McElligott. “State and federal agencies can investigate employers for retaliation charges based on OSHA, wage and hour, environmental, FMLA or other violations. In addition to the expense of legal fees, employers often must spend hours trying to reconstruct and justify their actions. Moral: Do it right the first time.”

Here are a few suggestions that will help you to avoid the nightmare of a wrongful termination lawsuit:

“Many employers are under the impression that the less [that is] communicated to an employee about the termination, the better. My 18 years of experience in both counseling employers and defending lawsuits suggests otherwise,” says Schroeder.

“The more an employee understands about where he or she stands and the reason for the employer's actions, the less angry, frustrated and suspicious the employee is likely to become,” she says. “It is that anger, frustration and suspicion that drive terminated employees to attorneys.

“Employees who are terminated with little or no information about the reason for the termination assume that they have been kept in the dark for a reason; that there must be an unlawful or ulterior motive.”

3. Put It in Writing: Labor experts agree that careful documentation is an essential part of every employee termination. Incidents or behavior leading up to the termination should be recorded at the time of the incident or as soon thereafter as possible. The documents should be respectful to the employee, but detailed, listing events or issues in a logical or chronological order.

“At the very least, you should put the reason for the termination in writing,” says Schroeder. “The employee is likely to be emotional and upset and may not hear what you said in the termination interview. If the terminated employee goes to a lawyer, the lawyer will hear the story in the employee's words and will decide whether to take the case on the basis of the employee's description. In that case, the attorney may not hear your side of the story until after a lawsuit has been filed.”

“If you are basing the termination on a specific event (e.g., theft, assault on a fellow employee or insubordination), you should make a careful investigation of the facts, take notes on your interview of witnesses and be sure to give the disciplined employee an opportunity to submit a written statement in his own words,” says McElligott.

Schroeder adds, “Writing a termination report with details on past warnings and efforts to resolve the problem and furnishing a copy to the employee are important ways to reduce your chances of being sued for wrongful termination.”

4. Be Consistent: One of the most dangerous legal pitfalls for an employer is a charge of inconsistent discipline or enforcement of rules. Among the most common is the accusation that one set of work rules was used for men and a different set for women.

“It's important for you to know the basics of employment and labor law,” says McElligott. “No discrimination based on race, gender, religion, age, disability or other protected status is allowed under the law. Know about your duty to accommodate employees with disabilities. Know the rules on protected status under USERRA, workers' compensation, FMLA and other applicable laws. If you have any doubt about the circumstances, get good legal counsel before you terminate an employee.”

5. Conduct Regular Employee Evaluations: Under the law, your employees are entitled to be kept informed of how well they meet your expectations. Your failure to meet this requirement may not be of any consequence unless and until a terminated employee files a lawsuit that claims you made no attempt to inform the employee of your dissatisfaction.

Your evaluations do not have to be elaborate or follow any specific format, but it's best to put them in writing, even if it is only a short paragraph or two.

McElligott advises, “Your employees are entitled to know whether or not their performance meets your expectations. In this regard, it helps to make a written record for future reference if that should prove necessary.

“Always be consistent in evaluating and disciplining your employees, and be sure to review previous evaluations and discipline if any has taken place.”

Many human resources professionals recommend that you allow employees to review their written evaluations and ask them to initial the document. If the employee declines, indicate that refusal on the record.

6. Deal Promptly with Performance Problems: Because the task can be so unpleasant, many employers find reasons to delay firing a problem employee. Perhaps the employee will improve. Perhaps I'm being too hasty. Perhaps living with the problem is the lesser of two evils.

If you've done a good job of following the above guidelines, and if you're confident that a termination is justified, delaying the action is probably not in your best interest.

“Not firing a problem worker is often the worst thing you can do,” says James Walsh. “It keeps the problem worker around to create more trouble, making a bad situation worse. That's not fair to you or to your other employees.”

McElligott goes further. “Don't procrastinate or wait for the next evaluation,” he says. “Do it now!”

William J. Lynott is a former management consultant and corporate executive who writes about business and financial topics for various consumer and trade publications. His latest book, Money: How to Make the Most of What You've Got, is available in bookstores. Reach Bill at [email protected] or at www.blynott.com.