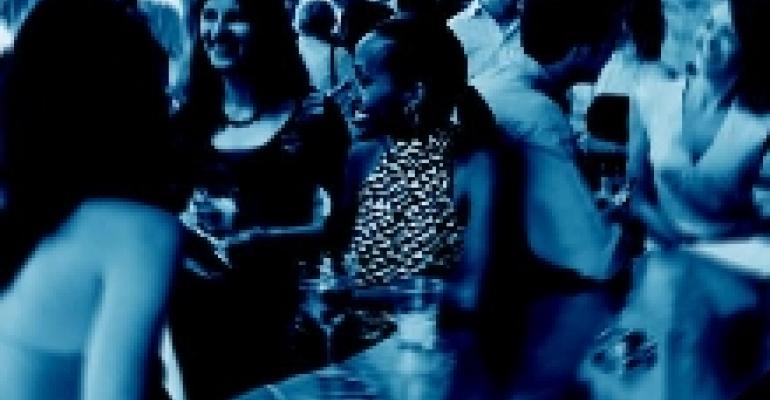 All the Night Moves

Consumers have come to expect to get what they want, when they want it,
and their eating habits are no exception. Gone are the days of three squares at predictable times; today restaurant patrons are more likely to hanker for a midafternoon latte and pastry or decide on a late-night supper following the theater or a sporting event. Are you ready?

Some industry observers have dubbed this stretch between normal dinner and breakfast times the “fourth meal,” and point to evidence that it is an emerging segment, especially among young singles and retail workers, who keep later hours and have less need to rise with the sun. They note the extended hours at quick-service chains’ drive-through windows and the number of places serving breakfast 24/7.

Full-service operators, however, need to be prepared to produce more than a bagged burger and fries or eggs over easy. It can be tricky to find the right balance of staffing, menu and, often, patience. But the payoff can be a relatively painless bump in sales, increased loyalty and some nice profits, thanks to thirsty late night denizens.

WHY SO LATE?
A lot of restaurants initially decide to stay open late to attract the competition—the kitchen and waitstaff employees from other restaurants who hang it up at 10 or 11 and want to enjoy a decent meal and a drink or a nice bottle of wine. That's what prompted David Haskell, who opened Bin 8945 in Los Angeles earlier this year, to keep serving until around 2:00 a.m.

Accustomed to New York, where places like Blue Ribbon have a reputation for catering to industry types, he noticed the choices in Los Angeles were taco stands or coffee shops, where the selections tended toward heavier food. His menu features modern European fare and the wine cellar stocks some 450 vintages. "We cater toward people who love great food and great wine; industry people appreciate them as much as if not more than other people," he says. "It's fun because they sit in their own little section and start to talk," he adds.

Toro, a new tapas restaurant in Boston's south end, serves food until 1:00 a.m. partly to burnish its image as a neighborhood hangout. "People in the neighborhood will walk by on a Friday at 7:30 and see that we're packed," says GM Alyssa Shepherd. If they come in, they might feel the implicit pressure (from waiting guests, not from the staff) to eat quickly and vacate the table for the next party, she says, but if they wait until 10:30, "they can sit with their friends on the patio, they don't have to wait for a table, they can have a great bottle of wine and, if they don't finish it, they can take it home."

Similarly, La Esquina in New York welcomes guests in its brasserie until 2 a.m. and at a street-level taqueria until 5:00 a.m.; eventually, the owners would like to make it a 24-hour operation. La Esquina, a corner complex that also includes a cafè, focuses on fun, with deejays every night and a menu of 120 tequilas. Partner James Gersten says providing food late at night is part of a strategy to give the complex some legs. "We thought that by focusing more on food, since food is definitely the core of any good restaurant, that would elongate our life cycle," he observes.

College campuses are a natural for late hours, given students' studying and partying habits; Pluckers Wing Bar keeps several of its stores near Texas colleges open until 3 a.m. on weekends. Originally they were pick up and delivery-only operations, but founder Sean Greenberg and his partners realized there was an unmet demand for a full-service option, so they evolved.

NOT YOUR AVERAGE DAYPART
Staying open late requires a slightly different mindset when it comes to menus, scheduling, promotion and other operational considerations.

During breakfast, lunch and dinner, predicting how many guests will turn up and what they will order tends to follow a formula. Late at night, however, all bets are off.

Wollensky's Grills , which share the premises with some Smith & Wollensky locations, stay open until 2:00 or 3:00 a.m. and offer a more affordable version of the flagship menu with smaller portions, although guests can can order a full-fledged Smith & Wollensky steak when so inclined. Thomas Hart, GM at the New York operation, says that while it's generally true that late-night customers eat lighter, "we find about half of the people are having a full meal, with a steak and an appetizer."

Marc Murphy, owner of Landmarc in Manhattan and Ditch Plains on Long Island, has had the same experience. Late night check averages are all over the map, from $20 to $80, he observes. "We'll get big spenders, and we'll get a party of four where one guy wants to eat and the other three want a glass of wine." His kitchens stay open until 2:00 and will keep turning out food later if the demand is there.

"It's tricky; you have to be committed to do it, and you have to spend the resources, keeping the staff there later and the electricity on—it's really an investment," Murphy says. "But when you do start getting a crowd, you can come here at 1:00 in the morning and the restaurant is half full. That's basically free business in a sense—you normally would not get the business."

While many operators simplify their menu after, say, 10 or 11 pm., Murphy insists on offering the same bistro menu throughout the day, which means keeping a full kitchen staff on the payroll. "We're very adamant that if you come in, whatever the time, you can get the same thing."

Bin 8945's kitchen produces the full menu until 1:30, then switches to only a raw bar and ceviches to give the cooking staff a chance to break down the kitchen before closing. Los Angeles regulations prohibit sales of liquor after 2:00 a.m. anyway, and "usually when you take the liquor away from somebody, they're ready to get going," Haskell says. Late at night, the most-ordered dish is pan-roasted mussels in coconut curry sauce. Check averages are often higher than dinner—$75-80, versus $55-60—mainly because later diners are more likely to order more expensive wines with their meals. "One table that orders good bottles of wine covers our costs and makes us some money," Haskell says.

For Toro, which focuses on tapas, scaling down the menu to simplify preparation is a snap. The key: Nothing served late at night involves use of an oven, which cuts down on cleanup at closing time.

Miami Beach's Doraku , which features a pan-Asian menu, cuts off sushi orders late at night because of labor issues. "Sushi is one thing I don't like to keep on the menu, because I don't know how long it's going to hit, and that's the highest in terms of labor costs," says Adrian Najara, a partner and GM. The menu instead lists items like carpaccios and ceviches. "Some nights you might have five orders and other nights only one, and you've got this guy sitting there who you're paying $17-$18 an hour."

At Clyde's , with seven locations in the Washington, DC area, the kitchen produces a late-night menu of favorites such as burgers, wings, calamari, a few entrees and depends only on the grill and fryer, which are segregated from other equipment in the kitchen. That allows the staff to clean up and get the rest of the facility ready for the next day. Cheese plates are very popular, but often late guests want complete meals, says John Guattery, corporate executive chef.

Probably the biggest downside to keeping the doors open is staffing, but successful operators have found ways around it. Both Gersten and Greenberg say it's not just a challenge to fill spots, but to find the caliber of server and kitchen staff needed to maintain quality at the same levels as during normal operating hours. "The danger is that you're not providing the same quality experience—the staff is as nice, the food is as good and people feel like they're being taken care of," Gersten says. "Otherwise, the whole customer loyalty thing can backfire." Staggered shifts are a common solution.

Security and dealing with sometimes already-drunk guests are two concerns that late hours raise. Landmarc's Murphy says an overnight cleaning crew helps beef up the staff to 9 to 10 people, leaving more bodies to deal with potential problems. Shepherd says her bartenders are trained to notice patrons who have had a wee bit too much to drink and are ready to cut them off. "The chances of it happening are more likely late at night, when people have already been drinking," she notes. Bin 8945 has the local sheriff's office on speed dial, just in case.

Probably the biggest challenge of keeping later hours is committing to it in the first place. Landmarc was not busy for the first year it stayed open later, but persistence paid off. Murphy resisted the urge to shut down when the business wasn't there, but he stuck it out. "If someone shows up at 1:30 and you're closed, you're never going to get the business that way," he observes.