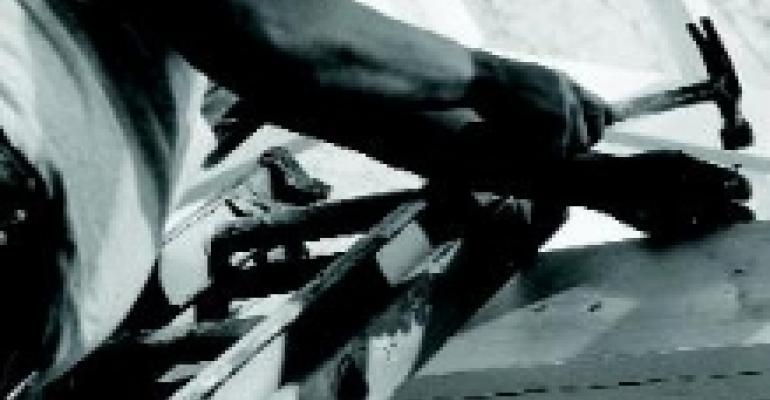 Barter, or trade, is a cashless system of exchanging goods and services. In the restaurant industry, it's converting empty tables into thousands, even millions, of dollars in sales and purchases. Among the hundreds of restaurants bartering, a common experience is the learning curve associated with using trade.

"I was leery and skeptical of barter when first approached by a barter organization on a cold call," says Chuck Narel, owner of the Discover Bay restaurant at the Embassy Suites Hotel in Deerfield, IL. "I did not have much experience with barter. But now, on a consistent basis, I do many thousands of dollars in trade every month."

Narel observes that computers and the Internet have simplified barter. Using a barter organization's website, he can track his restaurant's buying and selling or choose other trade members to deal with from a list of nearly 5,000.

"Like anything else, it's an asset on your balance sheet if you manage it properly," says Narel, who also uses barter at his other two facilities, Gino's East eateries in Rolling Meadows and Lake Zurich, IL.

Ways to Use Barter
The best way to make barter work is to identify ways to build a positive trade balance and then "spend" those funds on something that you otherwise would have paid for with I just spent $5,000 barter on a radio campaign. That's $5,000 in cash that I didn't spend," says Narel. "We pay on trade for landscaping, cleaning services, repair work and HVAC."

Restaurants typically barter meals any time but some may select to trade only on specified days they preselect, usually slow nights like Monday-Thursday. Some will cater events and host parties in the restaurant as well. For higher-priced events, they may trade 50/50 or barter the whole amount up to a certain point. The barter organization usually publishes a bulletin every month listing the restaurants on trade and their specific requirements. Members scan the list and take into account the stated guidelines for each restaurant posted.

To attract more barter business at times favorable to the restaurant, some owners host special daytime cooking classes and luncheons or wine tastings paired with preplanned meals on weekday evenings. By using downtime, the restaurant remains full and income is being generated. Some restaurants will agree to barter only a certain dollar amount per month. This is arranged with the barter organization and certificates are "sold" to members, usually in $10 increments, with the restaurant's name stamped on the back. In that way, the trade is controlled and the restaurant knows what to expect each month.

A professional trade association operates as a clearinghouse; its brokers work closely with clients to learn their needs and then line up necessary goods and services for the business on an ongoing basis.

Restaurant owners often work with other trade association members who have been recommended by their brokers because of their good work and ethical business dealings. It's not uncommon for restaurateurs to consider their barter association brokers among their most crucial business contacts.

Restaurateurs have not only supplied and serviced their existing locations with trade money, but also use trade to expand, and even to build, new restaurants.

Rich Wohn, the owner of Chicago's Fireside Restaurant, does anywhere from $10,000-$15,000 in trade each month. "I wouldn't have been able to expand my existing restaurant if it wasn't for trade," he says. "A few years ago, I opened a Southwest-style restaurant called the Blue Iris in only 30 days. A lot of the work was done on trade. I bought an eight-foot custom cigar case and cash registers and also had the center island custom-made."

When he began using trade 12 years ago, Wohn worked hard to find out what it was all about. "Now, I take a halfhour a week looking for trade opportunities and talking with my broker."

Wohn said he has no intention of giving up trade. "There's no reason to stop bartering even when I am bringing in plenty of cash. That's shortsighted. The only time trade is not needed is if you don't have any more empty seats."

Husband-wife team Jean-Marc and Mari Loustaunau are the founders of Cafè Pyrenees in Libertyville, IL. For their 15-yearold business, which features French cuisine, "trade has been terrific," says Mari. "We started two and a half years ago and, quite frankly, it took me a good eight months to learn how to spend the barter.

"We would look in the listing of members like we were looking through the Yellow Pages," she remarks. "Then, we'd talk to my broker about who they would recommend and we started to use people who respected their work and we built good relationships. Now, we're doing over $30,000 in trade a year."

Barter Gravy: New Business
For the Loustaunaus, networking through barter was the lynchpin to their success, since it allowed then to meet business people who would become valued barter vendors—and vice versa.

Advertising and cleaning services are the two biggest expenses the Loustaunaus offset through barter. The 30-table restaurant hosts large parties and, following trade association guidelines, bills 70 percent on barter and 30 percent in cash.

One of their trade customers held a Halloween party at the restaurant for 35 people; since that event, the couple has seen guests from that function return as new, cash-paying customers.

Barter can also provide perks for a restaurant's wait staff. Like other restaurant owners, the Loustaunaus have seen firsthand that diners paying with trade dollars are often more generous with the cash tips they leave. "The tip is never less than 20 percent for any of my staff," Mari Loustaunau observes.

Restaurant owners can also benefit through barter on a personal basis. One owner/operator couple recently used trade to fund most of their daughter's wedding reception expenses, including the deejay, limousine, videographer and tent rental. Barter can also pay for a honeymoon or other vacation travel since many hotels and some airlines participate in trade. Of course, it's best when travelers have some flexibility with scheduling and can avoid peak travel seasons, but good deals are readily available.

David Richards owns Sweet & Savories, an upscale eatery in Chicago. Richards, who began bartering several years ago, only allows a small percentage of his total sales to be on trade. "I look at barter meals as sales directed in a different way," he remarks.

Owners Kimberly and Antony Priola accept a limited number of admissions to these special events on trade since it helps them keep per-person costs in line. "I'm doing the event no matter if 10 people or 500 people show up," says Tony Priola, "but using trade greatly increases the guest count."

As you can see, a little research and progressive thinking can turn your restaurant's empty tables into an array of valuable commodities and services, allowing you to increase sales without dipping into your cash reserves.

Karen Kelly is the restaurant account manager of the Niles, IL-based National Trade Association, one of the country's leading barter organizations. Karen can be reached at 847-588-1818 or www.ntatrade.com.