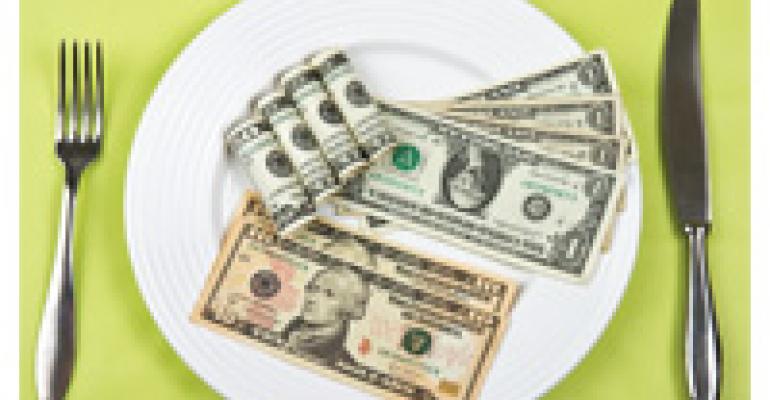 Direct digital marketing can be a shortcut to your guests' stomachs.

You might think hyping your restaurant through text or e-mail messages is a bit geeky or intrusive. In reality, many of your customers would welcome the intrusion.

A survey done by Harris Interactive found that 42 percent of 18- to 24-year-olds and 33 percent of those 35 to 44 years old are at least somewhat interested in receiving opt-in mobile alerts from their favorite businesses. They were particularly keen on hearing from restaurants, mentioned by 53 percent of the surveyed group. Respondents also wanted to receive offers in the separate categories of pizza, fast food and happy hour or bar and nightclub offers.

RH: Can you suggest some some baby steps for a restaurant new to direct digital marketing?

Marshall: I think SMS (short message service) text messaging is probably one thing that will have the most overall return for the lowest investment.

A larger win comes from the integration of e-mail and text messaging. With either of these channels, two things need to happen: first, you need to build a database to make these programs worthwhile; and second, you need a way for people to respond. If you're sending out e-mail communications, it's sort of passive. You're letting them know about new menu items, seasonal promotions and new locations, but there is very little you can do with that e-mail that will drive people into the store. One tactic might be to place a coupon in the e-mail. That's an incentive, but it doesn't drive people into your restaurant. If you send a promotional code to a mobile phone, that's more direct.

RH: So a guest would show their mobile phone to the server to get a deal on a meal? Isn't that still a little too cutting edge?

Marshall: There needs to be an understanding of how quickly habits, perceptions and the role of mobile devices in our lives are changing. If you look at data from 12 months ago, it's dramatically different from now. More and more people are getting on board with these technologies. A lot of people are requesting that coupons be sent to their mobile phones, and for a growing audience that is a more effective and convenient call of action than asking someone to print out a coupon.

RH: How do you create a database and get permission to send out these offers?

Marshall: If you already have an e-mail database, you can use that to drive the users to a form where they can opt in for text messages. The benefit is if you have any other data associated with that address, for instance, if you know their zip code, or whether they have a family — that's a huge win. That means you can start marketing at a local level with offers for a family.

When have both (e-mail address and mobile numbers), you can do segmentation and targeting through both channels.

RH: What about more advanced applications?

Marshall: In addition to messages with offers and promos, a chain can help people find locations through text messages. Within a chain or group of restaurants, direct digital technology can give individual store managers the ability to impact the performance of a store on a day-to-day basis. Text messages are timely.

Let's say it's a slow day, and you are thinking of sending waiters and bussers home. You could send out a message with an offer: Tonight until 9 p.m. you get a free appetizer if you buy two entrees. If something like that brings in 5 or 10 tables, that could be a huge win.

RH: Compared to other industries, how well have restaurants capitalized on these technologies?

Marshall: I think restaurants consistently undersell themselves in terms of the impact they can have through direct digital marketing. It seems to be based on a fear of trying new tactics outside the old reliable mailers, coupon clippers and radio ads. I don't think they realize how ready the consumer is for these new kinds of communications. I think technophobia is a huge issue.

The dark days of the recession have spawned a troubling new issue, one that could cripple organizations even as we head into recovery. The looming problem? A widespread loss of employee engagement.

“Even if companies haven't literally lost their employees, many have lost them psychologically,” warns Jon Gordon, speaker, consultant, and author of the new book The Shark and the Goldfish: Positive Ways to Thrive During Waves of Change (Wiley, September 2009). “Too many Americans are beaten down, burned out and completely de-motivated. And if leaders don't strive to change that — to create a positive culture that energizes people — there will be dire consequences,” he says.

Many Americans have mentally checked out of their jobs. They are simply doing what they need to in order to hang on until something better comes along. In fact, a recent study by the Workforce Institute at Kronos shows that in organizations that have experienced layoffs, 40 percent of employees report that their productivity has suffered. Of that 40 percent, two-thirds think that morale has been negatively impacted and that they aren't as motivated as they once were.

“For leaders, now is the time to improve your company's culture and get inside your employees' heads,” Gordon insists. “You need to personally make sure that your company is a place where people want to work. You can allow the current economy to crush your morale, confidence and spirit, or you can choose to proactively shape your organization into one that is positive, resilient and prepared to take on challenges.”

Here are eight strategies he suggests to help you boost morale and engagement in the current economy:

You may have more leverage than you realize.

For restaurants, labor and food represent the two easiest costs to target when the economy goes south. But Bridget Grams, a principal with the real estate and financial restructuring firm Huntley, Mullaney, Spargo & Sullivan, suggests taking a look at a third cost category: occupancy, which is basically a total of your monthly real estate costs.

While occupancy costs may entail multiple decisions, you have the potential to reduce costs without impacting the customer experience. Grams answers a number of questions operators should be asking when reviewing options for cutting their occupancy costs:

What is your occupancy cost as a percentage of sales?

Occupancy costs include rent, common area maintenance, taxes and insurance. On average, you want occupancy costs to be less than 10 percent of total sales. The sweet spot is 7-8 percent.

Do you qualify for a rent restructuring or lease termination?

Everyone is asking for a rent reduction or some kind of concession these days. You would qualify if you have negative four wall cash flow, or a significant decline in sales. If you can illustrate a good story, you could probably qualify for a restructured agreement. You have to create a story line for the landlord, and looking at the sales trends and cash flow are the quickest way to qualify. Three years ago, if you had a decline in cash flow and sales, you would qualify, but today that's not the case. Landlords are being stricter about who they're giving concessions to. They are willing to give concessions on an existing lease for one to two years. Before, they would allow three to four years. Because everyone is asking for concessions now, the rules have changed.

The good news is that landlords are more willing than ever to work with tenants to keep their tenancy because they have so many other vacancies. They would much rather keep a tenant than deal with another vacancy, even if the vacancy still results in a rent check.

Should I ask for additional items/enhancements from my landlord to retain my tenancy?

There are a lot of vacancies out there right now. If you can't negotiate a reduction in your rent, there are other things that may have value to you as a tenant that might be easier for the landlord to give you. That may include additional signage on the building or directional signage. Is the landlord willing to contribute to highway signage? Signage is expensive, and lot of tenants have found things like that definitely help. Another possibility is to request an upgrade of the property. Does the parking lot need to be restriped, does it have potholes or is the lighting lacking? Those are the kinds of things that have enhanced benefit for you as a tenant.

One of the biggest things a landlord can do for an existing tenant is help them with tenant improvement dollars to enhance the space. A lot of times tenant will go to the landlord and say, “Times are tough. But we want to stay competitive and relevant to consumers, so here are some things we would like to do. We would like to spend $100,000 upgrading our facility, and we want you to pay for half of it.“ Usually the property owner will ask for something in return. They might want you to sign an option to extend the term right then. They might ask that you do a heavy marketing program, or even a grand reopening.

How is the landlord spending the marketing dollars you contribute to the center?

A lot of tenants contribute to a marketing fund as part of their lease — maybe 50 cents per square foot. This is a good time to ask the landlord where those marketing dollars are being spent. Is there a way to quantify whether those dollars are being well spent and if the return on investment benefits the whole center?

Should I consider a renovation/upgrade to stay competitive?

Especially in casual dining, with a lot of competitors going out of business and business slowing down, this is an opportunity to upgrade your facility and give consumers something to be excited about. When the downturn is over, you will be ahead of the curve.