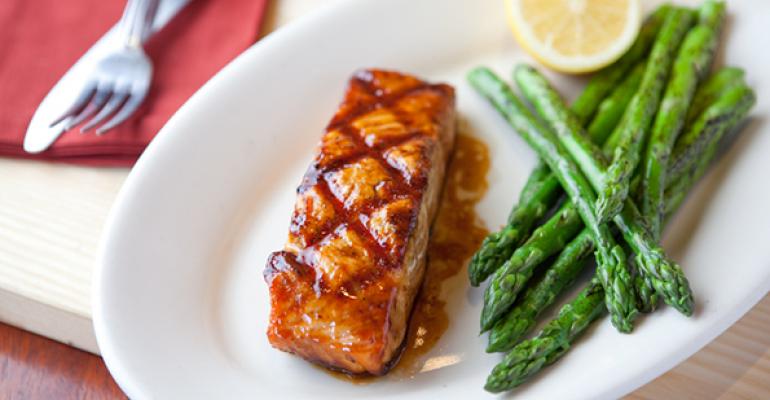 Back East: How one California restaurant business is launching an expansion

After spending 23 years growing throughout Southern California, the 15-unit Wood Ranch BBQ & Grill chain is planting its flag on the opposite coast. The first Wood Ranch outside SoCal opened last month in Springfield, VA, and more are planned for the Washington DC/Maryland/Virginia market.

“It made more sense to leverage our management and resources for a region, rather than a few units scattered around the country,” cofounder Eric Anders says. Also, the Greater DC market holds a comfort level for Anders, who grew up in suburban Maryland. “It’s a stable area because of government jobs. There are a lot of dual-income families, so there’s less cooking at home. The demographics made sense for what we do. We’re not trying to compete with mom and pop barbecue, we’re just trying to be the quintessential American restaurant.”

Both regions have plenty of casual American restaurants. Wood Ranch’s hook: “When we started the business we were thinking of young professionals who were starting families and having to trade down,” says Anders, because of price and overall kid-friendliness. “The thinking was: don’t force people who had great restaurant experiences in their 20s to trade down in quality to meet a certain price point now that they have a family. We thought about how to offer a premium casual dining experience with reasonably priced dishes.”

Of course, lots of restaurants have tried this, with varying levels of success. Anders and co founder Ofer Shemtov have hit on a formula that’s worked well so far. They liken their business model to that of fast casual juggernaut Chipotle: no skimping on food (Anders alludes to food costs “north of 30 percent”), and make up for it in efficiency and volume, which expansion helps.

Each 240-seat Wood Ranch unit averages sales a little north of $6 million. Checks average $18 at lunch and $26 at dinner. The restaurants are built “like a thoroughbred,” with peak volume in mind, so there’s no struggling to get food out of the kitchen, according to Anders. Lunch tables turn over every 45 minutes or so; dinners, too, average under an hour. Their prompt turnover just happens to dovetail with what families with young kids want: “not rushed, but super-efficient,” as Anders puts it.

For this, menu engineering plays a crucial role. “We slow cook and smoke a lot of our menu—brisket, ribs, tri-tip roasts,” says Anders. “Much of it happens overnight, so we’re just finishing things on the grill, as opposed to, say, a top sirloin, which takes 17 minutes to cook medium well.”

Though they’re open to space in upscale lifestyle centers (“We feel comfortable alongside places like P.F. Chang’s and The Cheesecake Factory,” Anders says), Wood Ranch has thrived in freestanding locations in less-expensive power centers, which are also better suited to carryout—which makes up a significant part of Wood Ranch’s business. The restaurant prototype was designed to create an air of longevity both to customers and to potential landlords. “We want to convey the idea that we’re here for the next 15 or 20 years, so we don’t skimp on the build-out," Anders explains. The units feature lots of reclaimed woods, big booths and an all-American casual aesthetic.

As for national chain aspirations? Anders and Shemtov are mum for the moment, saying they’re just focusing on DC. But Anders certainly seems to have the cool temperament of a big-time c.e.o. When asked if maintaining consistency so far away from his home base worries him, Anders says, “Nah, that’s not the kind of stuff that keeps me up at night;” instead, he paraphrases one of his role models, Cheesecake Factory founder David Overton: “Now, the potential to kill someone—that’s the kind of thing that keeps me up at night.”

He’s looking forward to the challenges a new market brings. “When we open in our own backyard, it’s not that hard to hit a home run every time. But a new market is starting all over again. There’s not that generation of families that know you. Everyone is thinking: ‘Why should I eat here?’ That’s the fun part about the hospitality business. It’s show business. You have to win them over every time.”