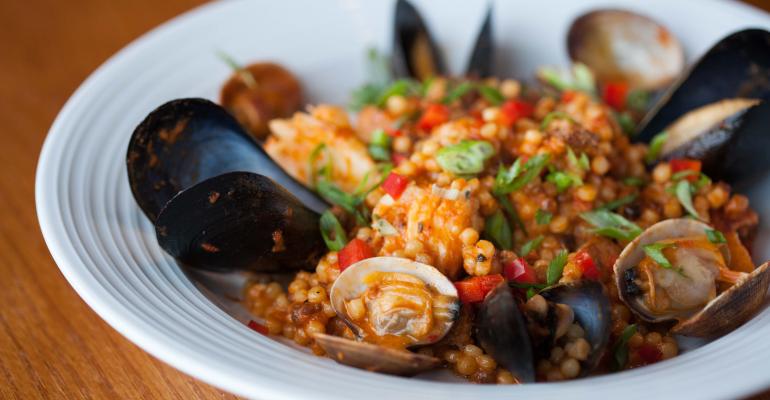 A look at how one operator addressed the challenge of finding consistent product year round. Sponsored by Frosty Acres.

At Ray’s Boathouse in Seattle, a lot of what goes on the menu — seafood and fresh produce — is seasonal. The type of product, the supply and the quality can vary significantly. Eliminating inconsistency is a challenge. This makes it extremely important that shelf-stable products in the recipes are completely consistent.

Douglas Zellers, general manager, says, “The challenge is to source consistent product so that a recipe in June tastes the same as it does in January.”

Merlino Foods, also in Seattle, has been a distributor to Ray’s since 1988. In a recent visit to Merlino, Zellers discovered that the distributor has a service that is the perfect solution for his challenge.

Two products that Zellers identifies as needing to be consistent are canned tomatoes and olive oil. For tomatoes, he says, “There are different growing seasons and different kinds of tomatoes. Some are high in acid; some are high in sugar; some are underripe.”  Two of Ray's popular menu items that must remain consistent through the year are Café Fregola Sarda and Café Vegetable Fettuccini Marinara — and both recipes call for tomatoes and olive oil. “We sell a lot of both,” he says.  “We need consistency.”

Ray’s is a large operation, with a casual restaurant located on the second floor, a more formal one on the ground floor and a catering department. Operating since 1973, Ray's focuses on a regional cuisine, with fish and shellfish supplied by local fishermen and produce brought to the door by farmers.

Zellers had decided it would be a good idea to visit Ray’s purveyors to see how they could work together better. Joined by his sous chef, Steve Hauch, who handles purchasing and also blogs for the restaurant, they visited Merlino Foods. 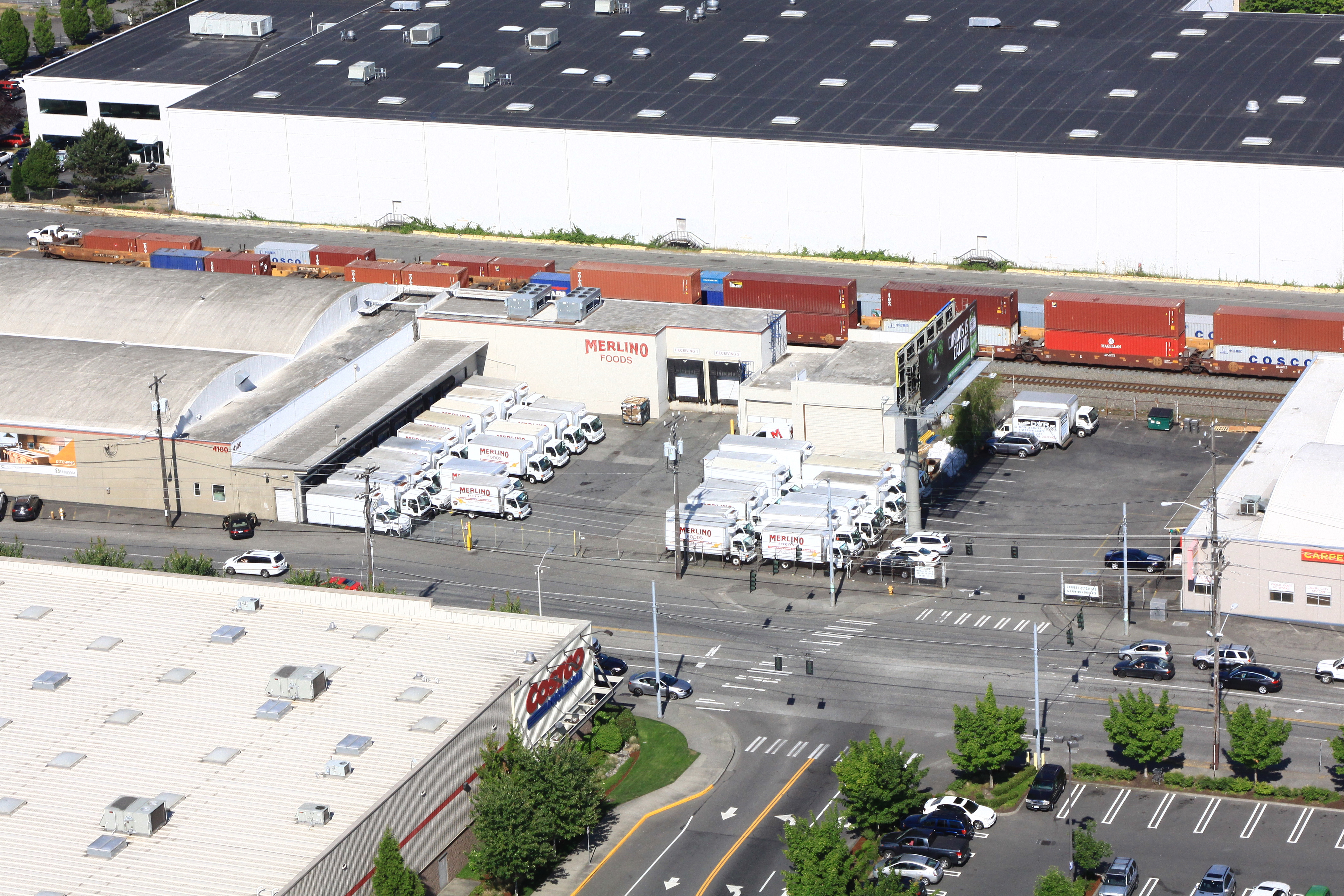 As it turns out, Merlino knows olive oil. The company was founded in 1900 when Angelo Merlino began to import product from his homeland, Italy. Bruce and Phyllis Biesold purchased the company in 1976. Their two sons, Jeff and Todd, run the company now, with help from the third generation. Merlino has grown over the years to become a full-line distributor with a wide range of customers. It became a member of Frosty Acres in 2002, and sends its sales reps to the Frosty Acres training program.

Jeff Biesold gave the Ray’s team a tour through the warehouse during their visit. When they came to the aisle of Merlino’s canned tomatoes, Zellers mentioned the consistency challenge. He was about to discover that Merlino Foods has the problem well in hand.

Todd Biesold explains the process behind production: “It is very difficult to source and maintain quality products from abroad, and Italy is no exception. We are fortunate to have a 15-year relationship with an agent company there. In addition to a business relationship, we are good friends with the couple who own the agency. Somebody from Merlino visits with them on a yearly basis. We also visit the actual suppliers.”

The agency ensures that all products packed for Merlino are consistent. “The agency people travel around Italy and other Mediterranean countries a significant portion of the year sourcing and ensuring quality standards,” Todd adds. 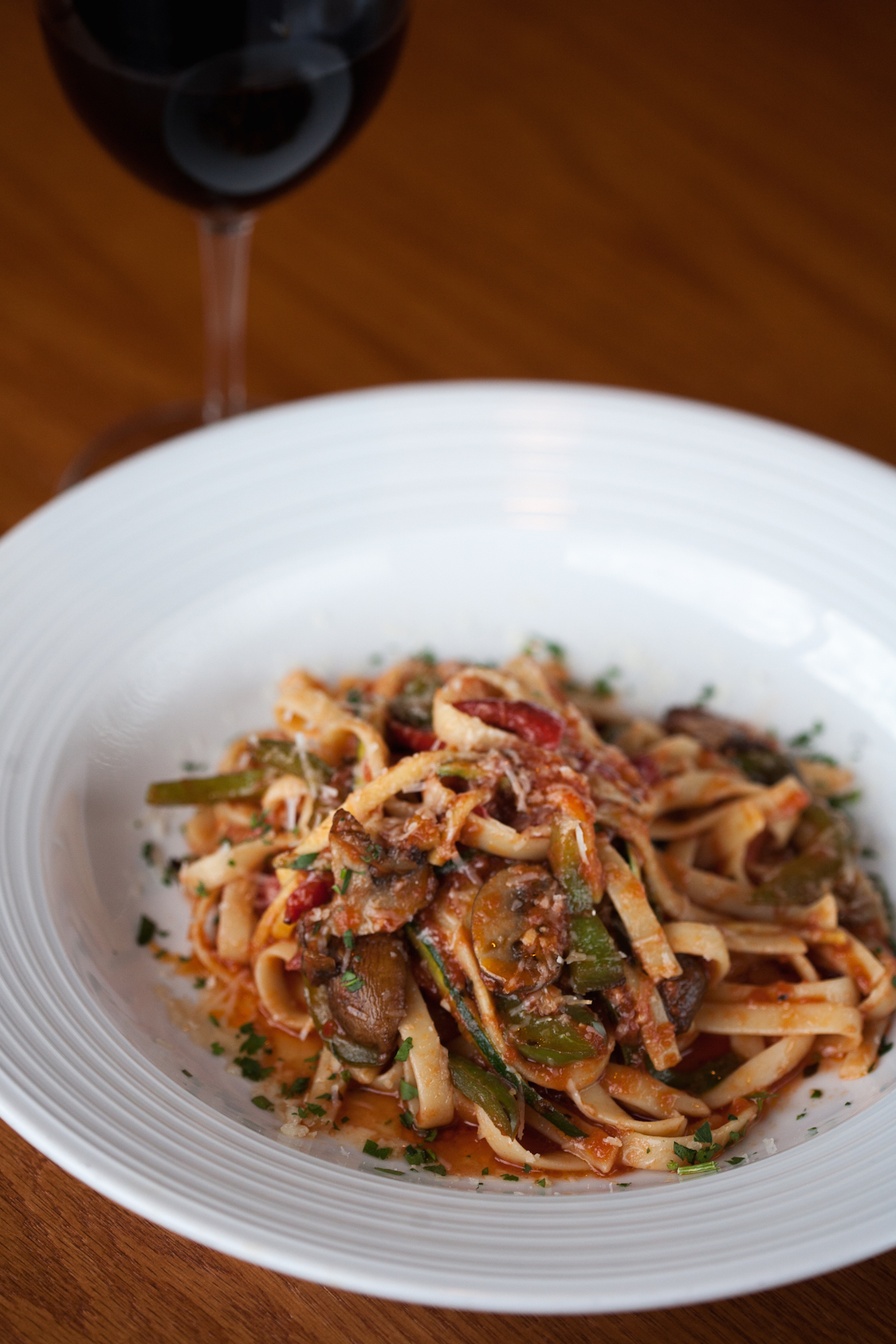 Merlino’s doesn’t advertise the service, he explains. “We don’t market the service per se. However, we are known for our quality and the service shows through in that manner,” he says.

Someone from Merlino Foods is at Ray’s door every day, Zellers says. That’s the other challenge the distributor meets: consistent delivery. “They don’t run out of stuff. There are no surprises, no dented cans, no wrong orders,” he says. “Plus, they are kind. They are an amazing group of people.”

Ensuring consistency at the source is only part of Merlino’s customer service. Todd Biesold says, “Our whole business model is based on relationships. We treat all customers as individuals and really stress the personal relationships. We get to know the employees in our customers’ kitchens. As the staff grows through the ranks, they remain loyal customers and we continue to take care of them as they move on to other positions,” he says.

Merlino’s service is what will keep Ray’s as a loyal customer. They will continue to use Merlino’s branded tomatoes and olive oil. “If you change the brand, you may have to change the recipe and the cook time or even how you treat the pan,” Zellers says. “There is a lot of value in keeping Merlino Foods as a partner.”