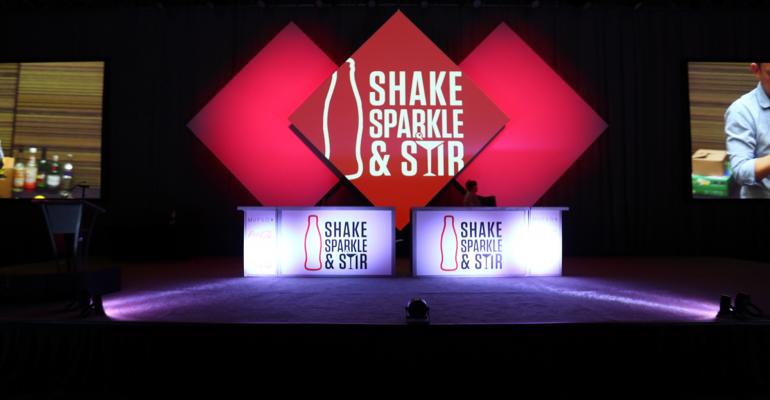 This is part of Nation’s Restaurant News' special coverage of the 2017 MUFSO conference, taking place Oct. 1-3 at the Hyatt Regency at Reunion Tower in Dallas. Follow coverage of the event on NRN.com and tweet with us using #MUFSO. Stay connected on the go by downloading the MUFSO app.

Marqui Benavides, a bartender at the Lubbock, Texas, location of Walk-On’s Bistreaux and Bar, won the fourth annual Shake, Sparkle & Stir competition at MUFSO on Sunday, sponsored by The Coca-Cola Company, with her twist on the mojito. Benavides was awarded a trip for two to New Orleans to attend the Tales of the Cocktail conference in July 2018, as well as a $500 gift card.

All entries were required to use at least one Barrilitos Agua Fresca and one other Coke product.

Benavides said during the competition that the drink, with its trendy coconut water, would appeal to both men and women, which is important, given 15-unit Walk-On’s 50/50 male-to-female customer base. Describing the drink in her application for the contest, she said it was creative enough to satisfy adventurous customers while still appealing to more conventional drinkers.

The MUFSO Premier sponsor is The Coca Cola Company

The Hot Concepts Reception is sponsored by Rock & Brews

The MUFSO app sponsor is Steritech

The Lanyard & Welcome package is sponsored by Hospitality Mints

The official music sponsor is Rockbot