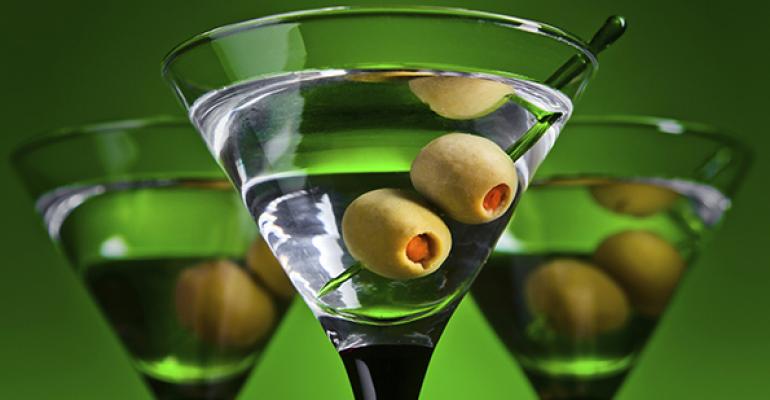 Since the 1920s, the martini has been synonymous with sophistication and simplicity. It’s also a perfect drink for sipping on restaurant patios, and has been the go-to cocktail for everyone from James Bond to H.L. Mencken who compared the drink to a sonnet. Ernest Hemingway’s favorite drink was said to be a dry martini.  In his novel A Farewell to Arms, character Frederic Henry sips a martini and says, “I had never tasted anything so cool and clean.” We agree.

The classic martini, featuring gin and dry vermouth garnished with a green olive or a lemon twist, paved the way for vodka martinis, which have evolved into today’s inspired versions. For example, the Lemon Drop Martini at Grill Marks in Greenville, SC, is one of the restaurant’s four ice cube cocktails. As the ice cubes melt, they impart flavor into the cocktail. A Meyer lemon ice cube with a candied twist in the center melts into the drink, creating a lemon drop martini.

To celebrate National Martini Day on June 19, Michael Jordan’s The Steakhouse NYC will be offering the classic cocktail in a signature summer rendition. Mixologist Sam Fuerstman crafted The Sloe Waltz to complement the design of the restaurant that pays homage to glamorous train travel. The cocktail sells for $18.

Serve in a chilled martini glass with a lemon twist.