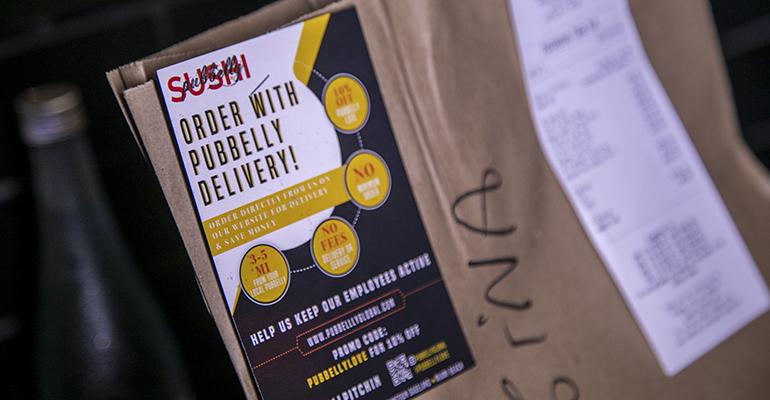 Takeout bags at Pubbelly asking customers to order through the restaurant's own delivery service rather than third-party.
Operations>Delivery & Takeout Solutions

Up until late March, The Winery Restaurant & Wine Bar had only dabbled with takeout at its three Southern California fine-dining restaurants.

“As a fine-dining establishment, it’s really not our forte,” said JC Clow, co-owner of the wine country-inspired restaurants in Tustin, Newport Beach and San Diego, Calif.

But all that changed in late March when the governor of California ordered residents to stay at home. At the same time, federal health officials began advising Americans to social distance and refrain from dining out at restaurants and bars.

At that moment, Clow said “everything hit the fan for us.”

With dining rooms temporarily shuttered across the U.S., restaurateurs like Clow have had to upend their business models to survive the catastrophic impact the virus has had on the restaurant industry. The National Restaurant Association pegged losses to reach $100 billion by the end of April.

For quick-service and fast-casual chains, the pivot to carryout and delivery services during the coronavirus pandemic has been relatively easier as many of them had already embraced the on-demand movement.

But that hasn’t been the case for full-service independent restaurants.

Concepts accustomed to serving luxury meals on white tablecloths have been forced to add delivery, curbside carryout and even meal kits for the first time to keep revenue flowing and workers employed.

“Curbside and online ordering — it’s been a lifesaver for us,” said Scott McIntosh, owner of two upscale casual-dining restaurants and one fast-casual taco eatery in Orange County, Calif. 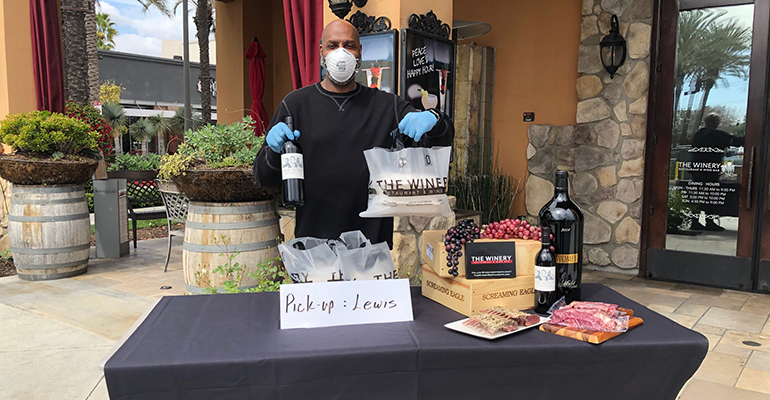 For many, it was their first time offering online ordering and delivery.

But the real surge is occurring with online ordering systems.

ChowNow, a veteran supplier in the space, is one player experiencing an explosion.

Founded in 2012, ChowNow offers online ordering through a restaurant’s Facebook page, its website, Google, a ChowNow-created app, or through the ChowNow website. The company is on track to add 4,000 new restaurants by the end of April.

Of those, 80% are restaurants with fewer than 20 units, CEO Christopher Webb said.

The need is real, but will it stick after dining rooms reopen?

“We think the vast majority will continue to offer online ordering via ChowNow now that they've witnessed firsthand how profitable it can be when done correctly,” he said. “Most operators also now realize the importance of diversifying revenue streams and offering takeout is the simplest way of doing just that.”

Online offerings by independent restaurants are likely to accelerate as consumers will come to expect it, industry watchers say.

“We have also seen a very large number of diners ordering online for the first time,” Webb said. “They realize how easy it is and likely will continue to order online from here on out. It really is a win for both the restaurant and the diner, and I don't see that changing after coronavirus.”

Keeping these revenue channels open in a post-COVID-19 environment is prudent as many diners might be skittish about dining out, she added.

“We are not going to be out of this soon,” said Mintz, founder and CEO of Toluca Lake, Calif.-based Elevate My Brand consultancy. “The luxury market is shifting in a major way. The longer [shelter at home] continues, the more the pivot becomes the new normal. And if they can make the new normal profitable, then why not?”

When restaurants reopen in the coming months, he said they’ll have to adapt to how consumers behave — and that might mean giving them expanded delivery and carryout options until diners are ready — emotionally — to come to the table, again.

“I don’t see us opening up the restaurant to a flood of business,” McIntosh, a former Claim Jumper executive, said. “I think it’s going to be gradual because of the psyche of people going out.”

Off-premise in a post-COVID-19 world

Prior to the pandemic, McIntosh said takeout represented about 5% of his business at his three Orange County, Calif. concepts: the upscale casual Reunion in Anaheim and Asada Cantina in San Clemente; and fast-casual Asada Tacos + Beer in Laguna Beach.

Turning off that spigot, he argued, wouldn't be fiscally wise. Besides, his restaurants have gotten pretty good at it.

“I do think that we will continue to have a good takeout business and we're learning a lot,” he said.

That’s been the story for many independent operators around the country. 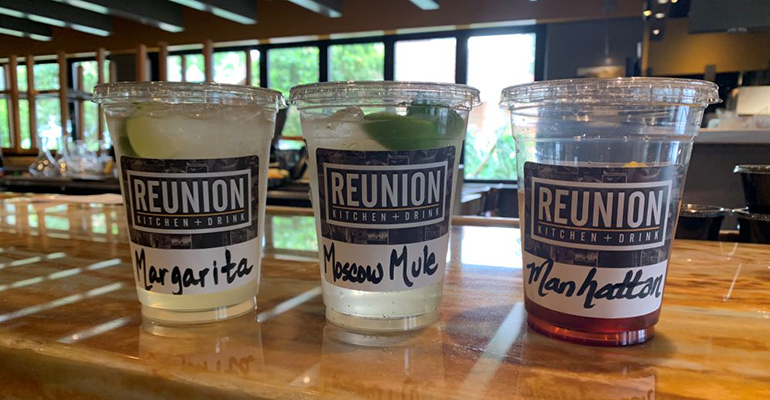 As they think about the future, they know they can never turn their back on off-premise — even delivery.

Some restaurants, however, are doing delivery on their terms including Pubbelly Sushi, a four-unit concept in South Florida known for its modern Asian dishes.

“We did it because the demand was so high,” Mendin said.

But when takeout and delivery became Mendin’s only revenue stream in late March, he said he knew he had to come up with an alternate plan where he wasn’t giving away 30% of his sales to the operators.

So he created his own delivery fleet using some of his more than 100 employees, all of whom were paid their full wages in the first two weeks of the pandemic.

“We’re trying to take care of them,” he said.

Now that he has the right software in place, and insurance, he said he’s considering dropping third-party operators altogether when his Florida restaurants are allowed to reopen.

“I know eventually we would love to have our own [delivery] platform and take out the third party,” he said. “We’re just hoping that this passes as soon as possible. We don't know the end game.”

At the Winery, Clow said he and his partners have been making their own delivery runs, when necessary.

But most deliveries are being generated through Postmates and Grubhub. When he closed two of his three restaurants in mid-March, he signed up with delivery aggregators within two days. Both have reduced or waived commissions and startup costs because the Winery is a new customer.

Delivery wasn’t something Clow ever thought his restaurants would do prior to the coronavirus outbreak.

“We just didn't feel it was really in our lane,” Clow said. “The Winery is about dining in — the experience of coming to a fine-dining restaurant and being taken care of, looking at a wine list with 650 selections and having one of the best French chefs in Southern California cook for you.”

But now delivery and carryout have been a lifeline for the restaurant.

The demand for premium carryout meals has taken Clow by surprise.

Online sales have been growing 20% each week. Regulars are demanding top favorites from salmon to bone-in filet to wagyu beef burgers. During one long four-day weekend, they offered a prime rib dinner for two that included two 10-ounce cuts of prime rib with fixings that included choice of Caesar salad or soup, au gratin potatoes and crème brûlée. All for $79.

“We sold over 300 orders of prime rib in four days,” said Clow, who earned his fine dining chops in the mid-1990s working as a general manager for Morton’s The Steakhouse.

Some days the phone is “ringing off the hook, which is really cool,” said Clow, feeling humbled by the support from locals.

While delivery has helped drive revenue, Clow doesn’t think he’ll continue with the services if the commission rates return to normal.

“It’s probably not worth our time because of the percentages they take,” he said.

Instead, he plans to focus on carryout because it has become so popular. But it will evolve to curbside carryout with a fine-dining twist.

“We're looking into the next level. We're looking at packaging that's the crème de la crème — the Tiffany's or Nordstrom's of to-go,” Clow said.