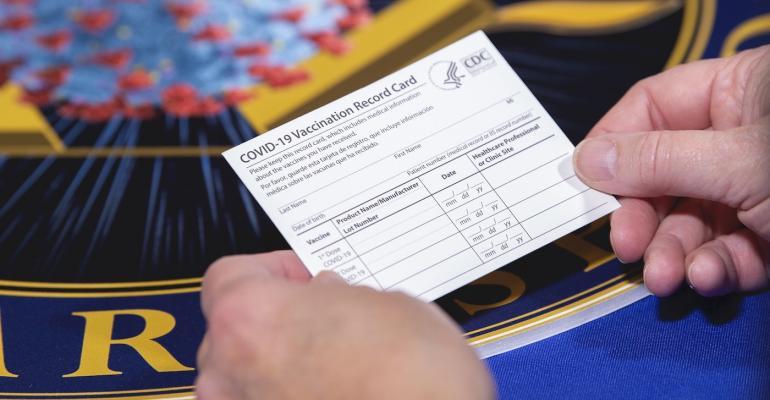 EJ Hersom / Department of Defense
States are debating whether or not vaccine passports are a useful tool or an oppressive requirement.
Coronavirus

Texas and Florida just banned mandatory vaccine passports: These states could be next

A growing group of states has preemptively banned or restricted the requirement of proof of COVID-19 vaccination, or so-called vaccine passports. The vaccine passport – which could be digital, like a smartphone app — would show someone’s vaccination status and reportedly allow Americans to get a green light to participate in various activities like traveling nationally or internationally, attending crowded events like concerts and sports games, and even walking into businesses.

Biden administration officials have said the federal government will not be issuing a mandated vaccination credential. But officials left room for businesses and other entities to mandate proof of vaccination.

Here is a list of other states that have initiated legislation that would do ban or restrict the use of vaccine passports: Arizona, Arkansas, Iowa, Louisiana, Maryland, Minnesota, Missouri, Montana, Nebraska, Ohio, Pennsylvania, and Wisconsin.

Many of these bills were introduced recently in response to New York State’s Excelsior pass passport program, which went live on March 27 and will allow businesses to quickly scan these digital passes to determine a person’s vaccination status.