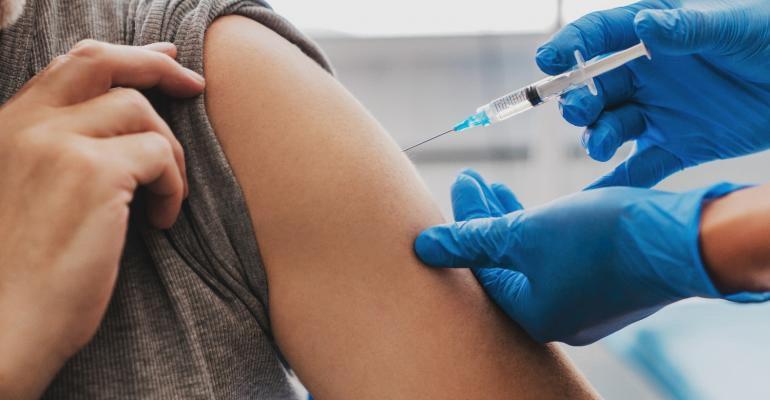 Inside Creative House / iStock / Getty Images Plus
By granting a motion to stay on Nov. 12, the Fifth Circuit court ordered that OSHA “take no steps to implement or enforce” an Emergency Temporary Standard, or ETS, scheduled to go into effect in January.
Coronavirus

The U.S. Court of Appeals for the Fifth Circuit in New Orleans on Friday put a hold plans by the Occupational Safety and Health Administration, or OSHA, to implement a workplace vaccine mandate. The next phase of the mandate’s legal challenge is likely to be decided by a ping-pong ball lottery.

By granting a motion to stay on Nov. 12, the Fifth Circuit court ordered that OSHA “take no steps to implement or enforce” an Emergency Temporary Standard, or ETS, scheduled to go into effect in January.

Related: Here’s what operators should know about the final OSHA ETS rule on vaccine mandates

In a statement, OSHA officials said the agency “remains confident in its authority to protect workers in emergencies,” but that it has suspended activities related to the implementation or enforcement of the ETS pending future developments in the litigation.

Because of a wave of lawsuits around the country challenging the mandate, the cases will be consolidated. The appeals court to hear those challenges will be decided by the Washington, D.C.-based Judicial Panel on Multidistrict Litigation, which reportedly will use a ping pong ball system. Whether the case falls into the realm of a liberal circuit, like the Ninth Circuit, or a more conservative-leaning court, like the Fifth Circuit, could determine the outcome.

The final rule for the temporary vaccine mandate was published in the Federal Register earlier this month. The goal is to help prevent the spread of COVID, which has killed about 750,000 people since 2020 and infected millions more. Many of those were infected while exposed to the virus on the job.

The ETS would apply to companies with 100 or more employees, requiring employers to obtain proof of vaccine and maintaining records. Unvaccinated workers would have to be tested at least weekly, possibly at their own expense, and to give prompt notice if they test positive for COVID-19.

The ETS would also require workers that have not been vaccinated to wear face coverings in most circumstances when indoors or if sharing a vehicle for work purposes.

An estimated 84 million workers would be impacted by the mandate and OSHA estimates the rule could save thousands of lives and prevent more than 250,000 hospitalizations due to workplace exposure.

The Fifth Circuit  did not address whether the ETS passes constitutional muster, but it issued a highly critical 22-page opinion, describing the ETS as “fatally flawed on its own terms,” and arguing that OSHA overstepped its statutory authority.

The Court argued the ETS is both overinclusive by applying to virtually industries and workplaces, and underinclusive in that it doesn’t address companies with fewer than 100 workers who would be at risk of the same threat. The opinion argued that the ETS was a “work-around for imposing a national vaccine mandate.”

OSHA is expected to appeal the Fifth Circuit opinion to the Supreme Court, but when that might happen reportedly could depend on other challenges still pending.

The House of Representatives introduces its own version of The Restaurant Revitalization Fund Tax Credit
Dec 15, 2022

Senators look to establish a tax credit for restaurants left out of the Restaurant Revitalization Fund
Dec 09, 2022